en.infoglobe.cz » Switzerland, Zürich – A Panorama Walkway above the City

The ride on a red train was so fast we even hadn't realized that we actually arrived at Üetliberg station at 800 meters. The vista from there was fascinating and we saw the city as well as Lake Zurich. We then joined a path whih was well marked to enjoy our great trip. 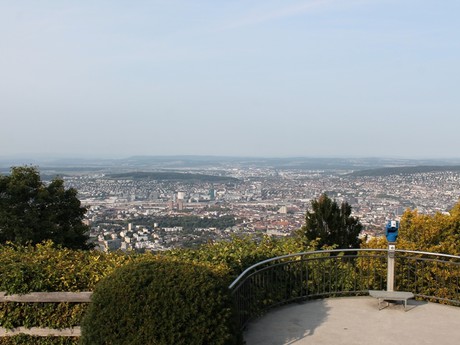 Shortly thereafter, we spotted the 186 TV tower, and a hotel with spa and observation tower too. Take a break here as we did, have a hazelnut croissant, and enjoy the amazing vistas over the landscape. 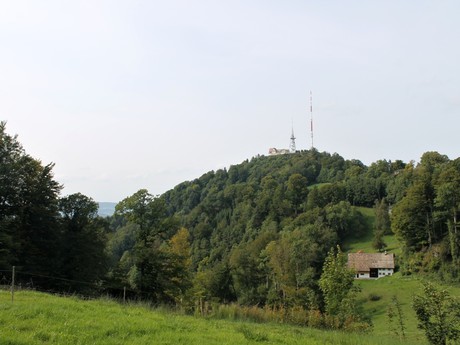 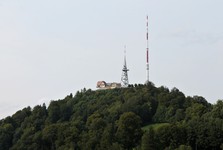 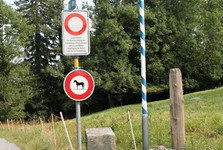 Once we ate our snacks we follow the Planetenweg walkway which supposedly takes us up to the "stars"! This walkway is a scale model of our solar system. We pass stones with information on each planet. The distance of stones, or planets if you will, is corresponds to the real distance in space. Hence we reached the milestone of 1 million kilometers on our walk. 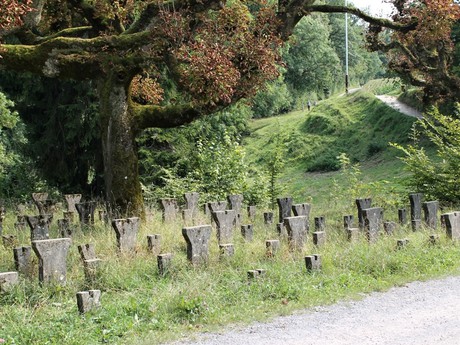 The Sun is the first stop, Pluto is thte last. In about hour and a half after walking across beautiful meadows and forests, we reach Adliswil-Felsenegg upper cable car station. However, we don't end our trip here. Mere 5 minutes of walk from here thre is Felsenegg cabin where you can have a meal and enjoy the vista over Sihltal valley, Reppisch or Lake Zurich. 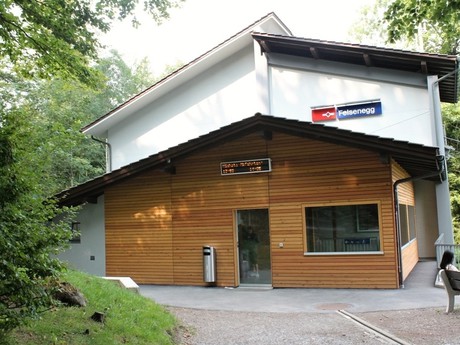 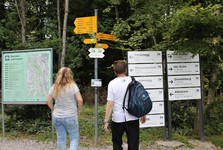 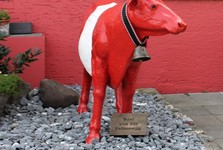 There are some other tourist trails which being at the cable car. These go to mountain passes, the medieval castle of Baldern or the only wilderness park in Switzerland: Zürich - Sihlwald Wilderness Park. 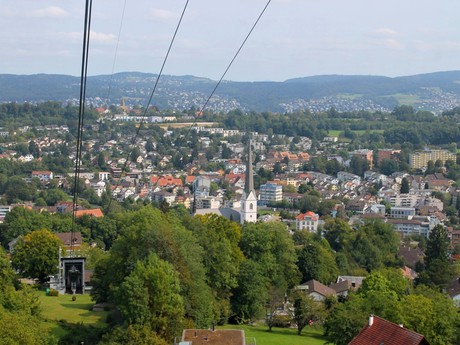 A five to six minute ride in a cable car marks a beautiful conclusion to our trip. When we reach the bottom station we step in the town of Adliswil which is a part of Horgen borrough, Zurich. Before we end our hike on a train station about 400 meters from the cable car station, we see the beautiful Roman-Catholic church of the Holy Trinity. The three-aisle Gothic revival structure features distinct windows and clock. In silence we thank for a beautiful day. 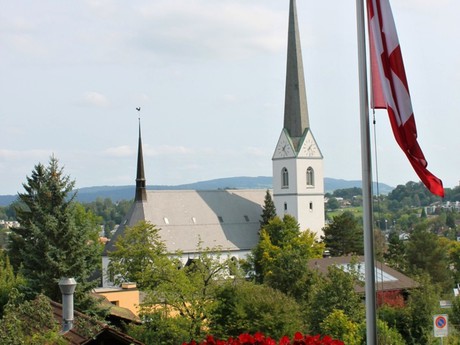 You can make a hike in the opposite direction as well. Its flat terrain makes it easy for kids too. If you are willing to learn about the city from another angle, set out into nature. 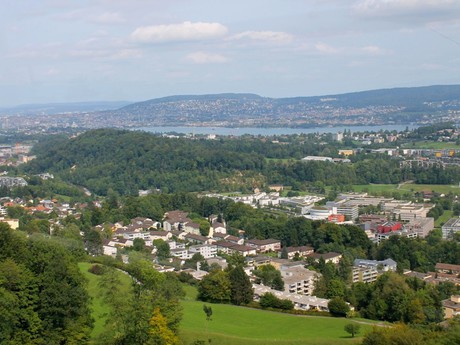 Published: 9.4.2022
Switzerland, officially the Swiss Confederation, in the past also the Swiss Confederation, is a smaller landlocked country in Central Europe. It lies between Lake Constance, Lake Geneva, the Rhine and the Alps. The state consists of a total of 26 cantons. In the past, this area was home to many families and nobles, who have left us many beautiful and well-preserved castles and chateaux. And believe me, some are like a fairy tale!