en.infoglobe.cz » Switzerland: Zurich With A Touch Of Old Time - VIDEO

Sites known from all guides

The steps of every tourist will head immediately to the famous churches and the town hall, whose pictures are smiling from each guide. Yes, they are beautiful. Fraumünster cathedral, dating from 13th century, with its magnificent splendor, enhanced by the distinctive color of glass, which u have to admire. King Marc Changall was suggested exactly for this place. The huge watch face on Wed  Peterskirche can be hardly compared with Astronomical clock in Prague, but even so, you will observe for a while its large hour hands in amazement. The historical waterfronts will be screened in your head before you will go to bed for a few day after returning from this city. But the most, most historical impressions the foreigner can take from the narrow streets in the city centre, because evoke the period, after which he came there to investigate.

Perhaps everyone, who is cramped between two houses lines with the scuttle of red geraniums, which are printed together like naked lovers on cold January night, he realizes that he walked in the footsteps of famous Irish writer James Joyce, who is famous for his books with heroes, who spend their time on the road to his own soul, where so more and more misunderstanding with. It is not a surprise, that author found his composure right in Zurich, where he still came back and where also found his eternal peace – in 1941 was died on the same place. Inspiration by light town secrets can be observed between the lines of his works, although most of them was written about his native Ireland. 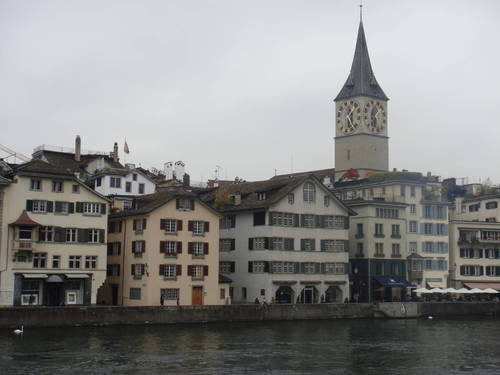 The fact, that past times are not really past in Zurich, is supported by stallholders, dressed in old clothes, or roundabouts, which remember child age of our grandmothers. There is still fur as well as centuries ago. The children still fight who will sit on a white horse back, which is – how everyone will understand – the best place in the world. When observing this rush, the man suddenly realize real link between present and past and also, that thanks for this symbiosis we can hope for the future. And for this deep idea can´t be enough only one respected Church.

Feast for the soul and body

Although the first mentions about Zurich are already from Roman Empair, the status of the city had to wait till the 9th century. But since then blossomed into a beauty, which is more emphasize due to Limmat river, which is since the first view river, whose spring located in the Alps. Despite the fact that you can read it is not the most beautiful, what Zurich offers, don’t be fooled a stop there. Not only the river is a witness of the past times, but observing of seagulls, swans and ducks, is for the eyes the same thing like for stomach crispy baked Swiss bread. Certainly the fun lasts longer than guides supposed. And if you add view to crystal clear water, in which fish ride, that easily forget the trams and cars going crazy right behind you and you can be back in time, when the word “rush” had no meaning and words “beauty and comfort” didn’t  lose their sense yet. For this little moment, does not matter just for a hazy moment, visit in Zurich has the value. 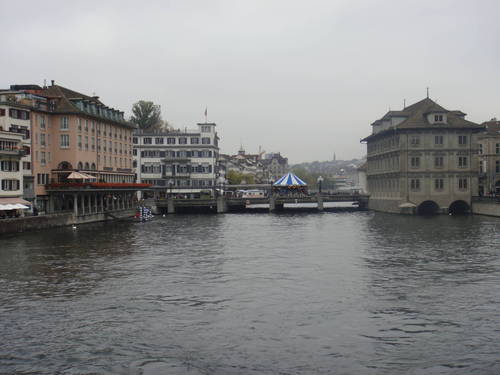