There are several outlooks around the lake which enable you to observe the animals. It is quite a unique concentration of animals at one place. 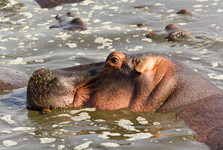 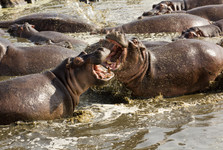 We are getting back to our "leopard tree". At this omement, only the youngest member of the family rests there. A group of young lions also appear as they are lying raround along the road. They seem pretty calm. They don't even mind a herd of antilopes which almost jump on their heads. Well, it is obvious they are not hungry. It is very likely that herds of zebras and gazelles. Our car is only several meters away from them. It is hard to consider that theere might be some danger at all. We realized that one female lion has some sort of a collar. It is used to monitor the number of lions in the area and also to monitor their movement. 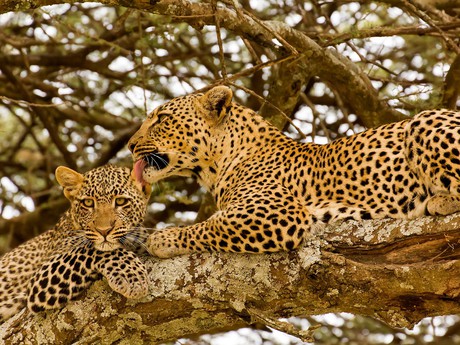 A peculiar kind of lions are the so called climbing lions, i.e. lions living up in the trees. 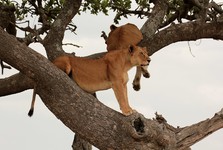 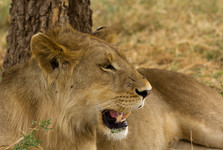 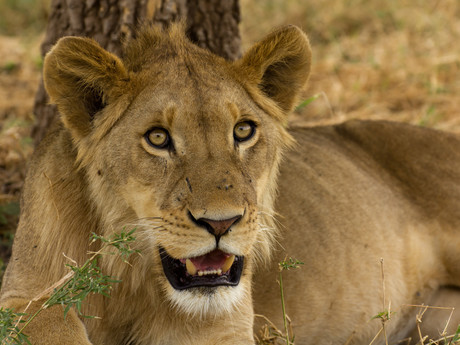 We appreciate the skill of our driver when we stop in a small valley. We squinq toward the sun. I take pictures but I don't see anything. Therefore, I ask the driver what does he see. What he says surprises me – there are lions. The fact that the entire group of lions was hiding in the grass around us would become aparent at home when I looked at the photos. We are truly lucky. After while, a beautiful female lion appears. She slowly goes in our direction and walk by us. She stretches and stands aside. After while, cubs emerge from bushes. One by one joins this great party. There are five of them. It seems as if the mother came here to show her pride. However, the cubs almost get to us. They lay down into the sand. They stay for a while and then leave and disappear in grass. 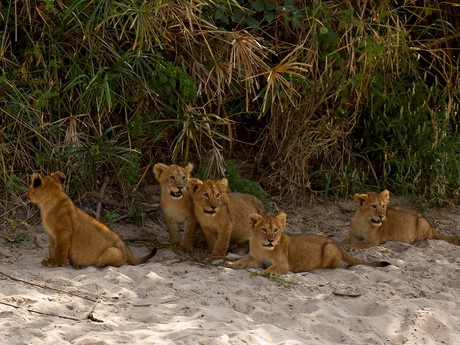 Today, we meet many antlopes. There are many species of antelopes – imaplas, wildebeests, grazing antelopes, antilopinae, gazelles, or even redunciaes such as waterbucks. Some are in herds some live individualy. There stay around bushes around the roads. In the evening, we find accommodation at a beatufiul place called Ngorongoro Farm House.

We stay around Ngorogoro crater for another two days. These days would be full of amazing views over the great five. Well, not entirely. One member is missing. Unfortunately, we wouldn't see him at all. We talk about black rhinoceros. We learn that the weather is not favorable to observe him- there is only handful of them. Thus, chances to see one are almost nonexistant. 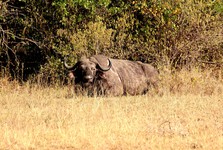 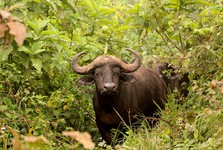 We returned to Arusha National Park at the end of our excursion tour, there our journey initially began. First , we will visit the park which is situated near the town of Arusha. Mounta Meru is a 4565 volcano which dominates the area. There is also Ngurdoto, the famous crater where is rich fauna life. It is proudly called "small Ngorongoro". Our itineary is really interesting for we are about to enjoy a safari on foot.