First on our list is one of the most holiest. It is a temple of the Emerald Buddha or also known as Wat Phra Kaew. Smaragdový Buddha made of green jade stone hidden in the main tample. According to the legend, it comes from India. However, according to historical records was made in the are of presentCambodia and it originates in the 15th century. The statue is over 60 centimeters high. See it may perhaps anyone, but it may be touched only by the Thai king. Třikrát do roka změní smaragdovému Buddhovi róbu. 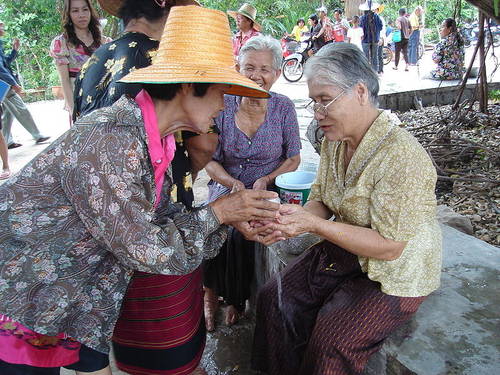 The whole temple, which is a complex of one hundred buildings, occupying together nearly one hundred hectares. The complex is adjacent to the Grand Palace , a former royal residence, which is now used for ceremonial events such as coronations.

But let's go back to the temple. Its buildings include a library built by King Rama I, who ruled in the second half of the 18th century. Furthermore, you can see the model famous Cambodian temple Angkor Wat or statues of elephants that symbolize power and independence. Thai kings rode on elephants during campaigns. Later became customary that parents take their children to circumvent the elephant three times in the belief that it will bring them strength.

We leave the temple and head to the Vimanmek Palace . From the point of view, it is clear that the construction is influenced by European architectural style. That is King Rama V at the end of the 19th century European cities and visited many royal palaces, which later became the inspiration for Vimanmek. The palace has 72 rooms was built a little over a year and today is the administrative building. Vimanmek a world first in that it is the largest building built of teak. 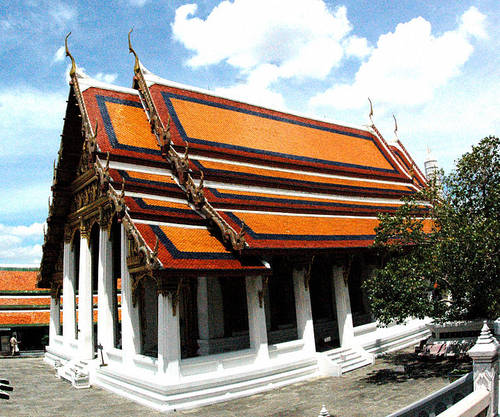 Bangkok Natinal Museum located in the former palace of the viceroy Thai. The museum was founded in the 70th the 19th century by the king himself, who later built the Vimanmek. The museum was originally only exhibit exhibits from the reign of Rama IV. But later it expanded its scope. Today it is possible to view the various items of Thai history until the Neolithic. In the museum you can order a guide. 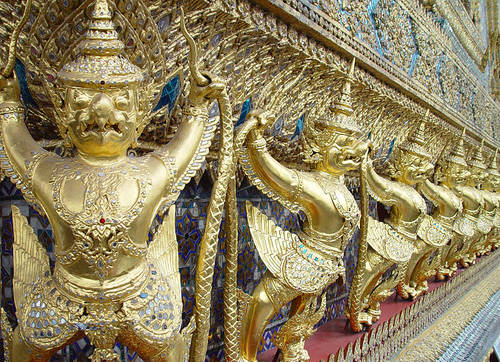 Since the city has been a harbor for greater part of its history, it has been the gateway to Western goods and influence in Southeast Asia, reflects this fact to the local culture. The extent to which one can provide for consumer goods (clothes, electronics, etc.), similarly as in the West, and also in other regions of the world, has become the measure of success. 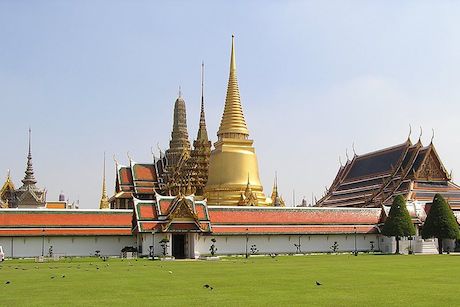 However, if you want to know more genuine Thai culture, in addition to visits of ancient temples worth considering some of the local festivals. In the first half of April, Songkran takes place, which is Thai New Year . Do not be surprised if you get wet during the celebration a little bit, one of the traditions is because irrigation water.

Thailand: Ayutthaya – The City of Palaces and Temples

Ayutthaya is one of the most popular places to visit because of its temples and palaces. The town...