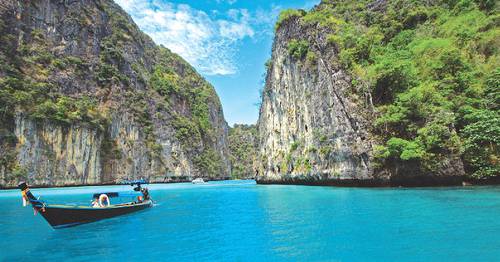 Kingdom of Thailand in Southeast Asia is ruled by King Rama IX., which is very popular with locals and is therefore not advisable to talk about it - Thais are very sensitive on his royal family.

Thailand lies on the Malay Peninsula and on the peninsula in back India. Its closest neighbours are Myanmar, Laos, Cambodia and Malaysia. Along with some cultural similarities, these countries also share a tropical climate with high temperatures, high humidity and the influence of monsoons. The biggest hot weather is from April to May, from June but monsoon season begins. Even so, that in these times, but can travel - all just need to better plan and allow for showers. The most popular tourist season is the period from November to March - there's warm climate and almost no rain. 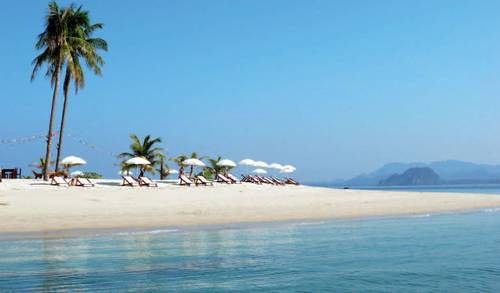 While the monsoons every year conquer Thailand, the European colonizers in the history of this country never failed. Thailand is the only Southeast Asian countries already separate from the 13th century. Until the Second World War, Thailand was not, but no - the landscape was called Siam until 1939. Great influence here, but instead should always colonizers religion. In particular theravad Buddhism has shaped and still shapes the thinking and values ​​of Thai people. Its influence can be seen everywhere - whether in one of the golden temples, or how the local people will behave to you.

From 2011 the Czechs don´t need a visa to stay in Thailand less than 30 days, so go there is easier than ever before. Then you can discover a wonderful country, where, however, are quite different laws than us. Most of travelers already accustomed that when visiting temples must have wrapped shoulders and knees. In Thailand also true that if the Buddha statue in the room, you should take off the inbound. Quite different customs are also at the table - may be eating only the right hand - left is impure. Thai cuisine but really worth the "trouble"! A similar experience is the real Thai massage, a trip to one of Thailand's islands or the typical boat tour of the capital Bangkok.

Author: Viola Kratochvílová and ESO Travel: "Did you like these pictures of Thailand? How about a holiday in Thailand!"

Asia: A Continent With Many Faces

Published: 5.5.2012
Asia - a continent with many faces, climatic zones and incredible differences. With an area of 44 milion km² and about 4 billion people is the largest and most populous continent in the world.