en.infoglobe.cz » The Philippines, Manila – A City of Bad Repute

The Philippines, Manila – A City of Bad Repute

Published: 30.12.2019
Philippines is an island state and is one of the most popular exotic destinations in Southeast Asia. However, few archipelago is as colorful as the Philippines. On more than 7000 islands you will find beautiful beaches, rice fields, waterfalls and experience unforgettable diving and snorkeling. However, the reputation of the Catholic Philippines is strongly damaged by organized Muslim groups that kidnap tourists and demand ransom for them.

The capital of the Philippines archipelago lies on the island of Luzon. This densely populated city in the world has an average altitude of 14 meters and is often associated with unflattering attributes. The ubiquitous chaos is quite typical of Manila. As well as the great contrast between luxury and poverty. 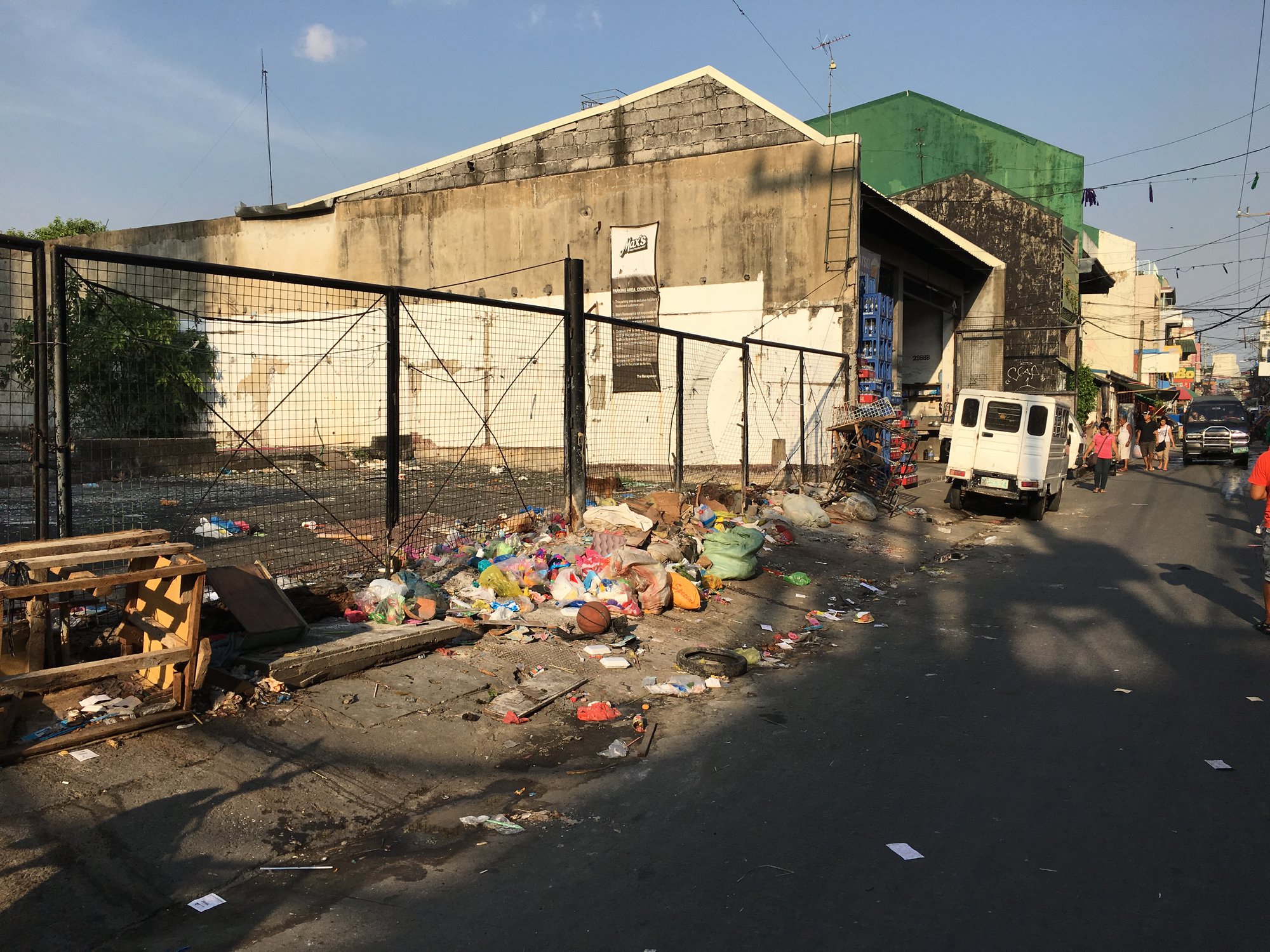 Transport around the city is very complicated. Finding the right bus is almost impossible for foreigners. For transportation I recommend to use MRT or LRT - local metro. It is the fastest way of transportation, but be prepared to feel that Manila is heavily populated. The wagons run overcrowded and you need to keep an eye on your way to the door and get out. You can also use typical tricycles. It is a roofed sidecar, such a cheaper taxi - the wealthy Filipinos have a motorbike attached to this sidecar, the poorer only a bicycle. 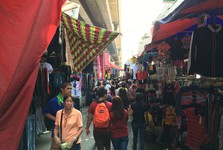 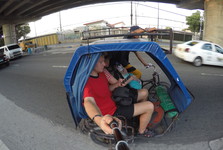 It is not possible to define the city center precisely. As well as determine where the city itself ends because it is constantly growing. Although Manila was founded at the end of the 16th century by the Spaniards, there are many historical monuments. Most of them were destroyed during World War II. 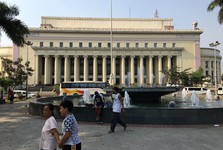 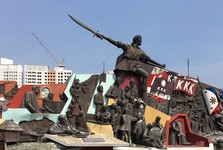 The Pasig River divides the city into northern and southern. At its mouth you will find the Intramuros district. It was built by the Spaniards as their fortress and once symbolized European power in Asia. Today we can see only the remains of fortifications. In this district is also the church of St Augustine from the turn of the 16th and 17 century. During our visit there was just a wedding, so we could hear the local organ. 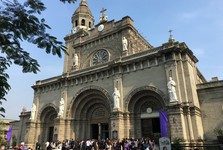 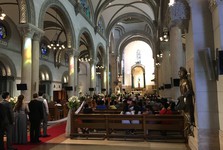 The history of Manila and the influence of Spanish, Chinese and Malaysian are reflected in the local architecture, unfortunately after World War II most of the buildings were replaced with modern ones. For example, the Old Legislative Building was repaired. 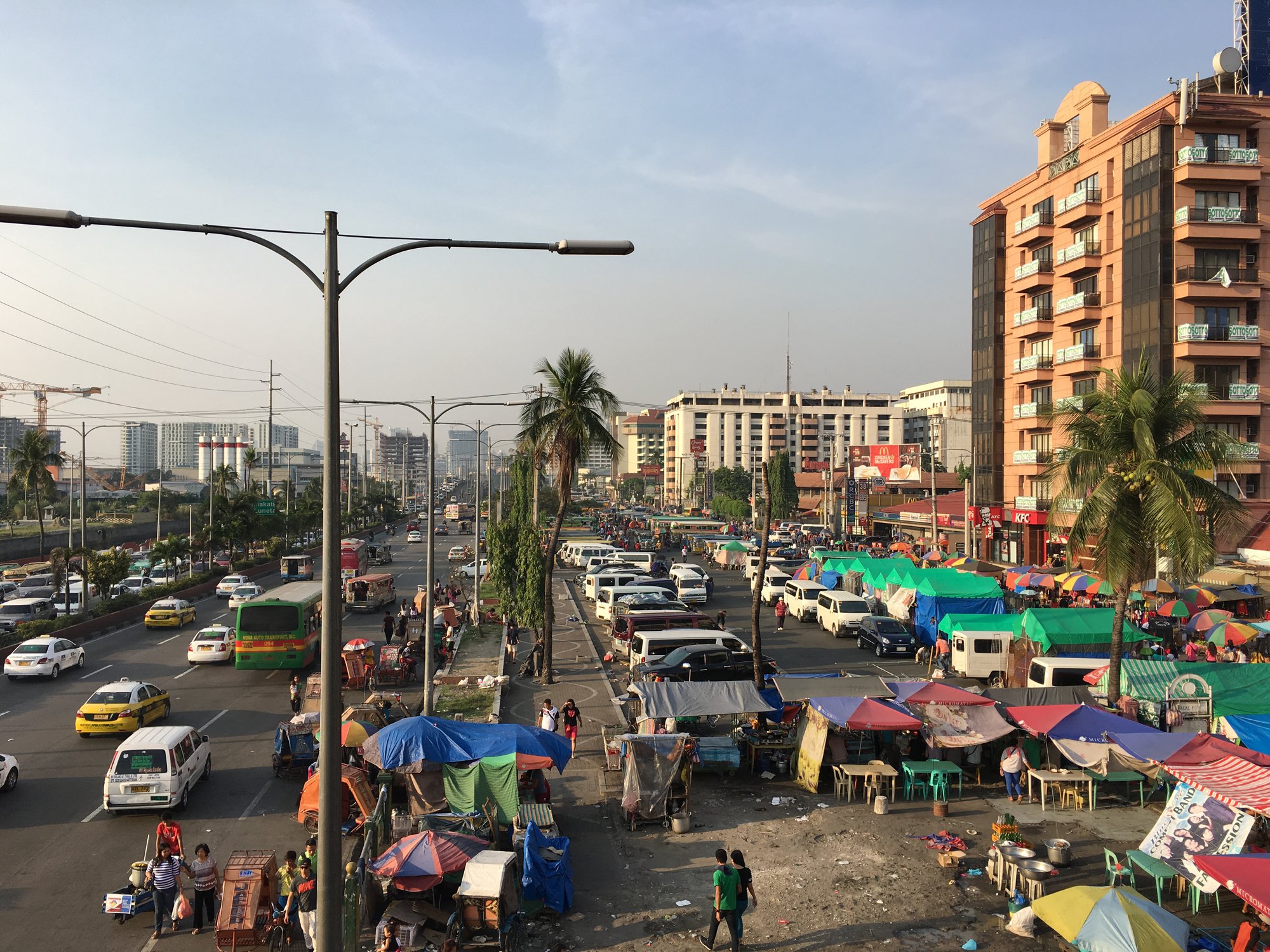 Manila is said to embody the best and the worst of the Philippines. They try to offer a lot of attractions and attractions for tourists, such as amusement parks, interesting museums and city tours. But ubiquitous dirt and poverty show the other face of the city. Children run barefoot in dirty and torn clothes and use the side roads as a toilet. Seeing all of this with your own eyes (not to mention the local smell) is an experience you don't want to repeat. Even so, millions of tourists head to Manila, who mostly fly to one of the islands, but do not want to be deprived of a strong experience of visiting the city.

Do You Know That? Philippines: Follow The Seven Wonders Of The World I.

Published: 4.12.2011
As the second of the natural wonders of the world visit Filipino national park in Puerto Princesa, its main attraction is an underground river whose labyrinths enchanted countless visitors.

The Philippines - Dream Island and the Dark Side of Tourism

Published: 6.1.2020
Boracay is often mentioned as the most beautiful island in the Philippines. It is only 7 kilometers long and a wide kilometer, so you can easily walk on foot. Living on this island is a dream of every Filipino, because unlike the other islands, there is wealth, luxury and a very good life thanks to massive tourism.

The Philippines, Bohol – The Best from The Island

Published: 12.9.2020
When they say the Philippines, most are reminiscent of paradise beaches lined with coconut groves. But Bohol Island is a perfect example of how the country offers more than just beaches. Here you will find lush green forests, symmetrical hills, the smallest primates in the world and incredible underwater life.

Published: 19.9.2020
Turquoise blue lagoons, freshwater lakes, crystal clear sea and rich underwater life full of colorful fish, but also shipwrecks from World War II. All this and much more awaits you on Corona, an island north of Palawan.

The Philippines, Malapascua Island – A Paradise of All Divers and Snorchling Enthusiasts

Published: 2.11.2020
Seven thousand islands. You are planning to spend your holidays in the Philippines and do not know which of the islands to visit? Are you attracted to diving and snorkeling? Go on holiday to the island of Malapascua. Wondering what makes this little island unique? It is one of the few places on Earth where you can see the very rare shark Thresher, the fox shark.

The Phillipines – An Archipelago of Diversity

One of the most sought after exotic destinations in Southeast Asia is the Philippines. Covering o...