en.infoglobe.cz » Trapani Is Placed In Sicily

Trapani Is Placed In Sicily

Published: 22.8.2010
At the beginning of the summer, there was appeared on Bratislava Airport of M.R.Stefanik - till now quite unknown destination - Trapani Birgi. And just low introduction prices became a temptation to visit these attractive places of Italian island of Sicilly.

So, this new target brought to local airport low cost air-flight company which have one of its

main centres just on Birgi Airport, which is approx 15 kms distant (in south direction), from historical town of Trapani, on west corner of Italian Sicilly.

To tell the truth, nice view to the town is offered just before landing.

Narrow peninsula, surrounded with Tyrrhenia Aea from north, and with Porto Bay from south, was obviously an attractive locality for fishermen from ancient time. Local people name the place as „a town of two seas“. As the town became spreaded, new building constructions were extended in longer distance from the sea towards mountaneous inland. Birgi Airport (TPS) seems to be rather distant from the town, divided with several villiges and surfaces of  salt-removing reservoirs. As we were informed later, the salt, containing magnesia, calcium, iodide and other valuable mi

nerals, is getting by means of traditional way, i.e. by evaporation of sea water, with a help of sun rays and wind. This procedure is known just since 16th century, and even now, handmade manufactured unrafinated salt (marked as Trapani) is being sold in Europe as popular pure nature product.

The drive with local bus from the airport, passing by rather roundabout way along main road, takes an hour and costs EUR 2,50. We preferred this connection, as we did not wait for faster but more expensive „Ryan-Air Bus“ to the town centre. On the other way, we tried local taxi on our return drive. The vehicle literally „flew“, in early morning hours, throughout desert villa

ges within fifteen minutes. Anyway, who is planning more detailed sightseeings of the island, he could rent in the airport (or in town, of course) the vehicle, amounting to EUR 60,- per a day. So, Citroen C1 cost us this sum, including security police.

According tourist guide, the town appeared in antique maps under name of Drepanon or Drepanum (this means probably a sickle, according to a form of town´ s bay), populated by the nation of Elym. They used letters similar to Greek ones. Next chapter in town´s history was written by Phoenicians, Carthaginas, and Romans. So, even Jewish monuments are preserved in the town. In Middle Age, the town got a lot from its advantageous strategic position as an important merchant port. (Tunis coasts of African continent are distant from there 200 kms only). Local merchants exported from there, first of all, the salt and wine. The town became also a seat of the Bishop.

At present, Trapani has approx. 70 000 inhabitants. Just its Old Town, with res

ts of fortification and embankments, many historical churches (the greatest of them is Cattedrale di San Lorenzo - St. Lawrence Church), and boastful palaces, is most attractive place for tourists. Anyway, many old houses in narrow stone streets were re-built for hotels and boarding houses. At the end of embankment promenade, you reach the rests of tower (Torre di Ligny), where you can visit archeological Preistoria Museum. On small square (Piazetta Saturno) you find Tourist Information Centre where y

ou can obtain many maps and information leaflets, inviting to Sicilly Sightseeing Tour, to visit Palermo (70 kms distant from Trapani) and many Sicilly places of interest, attractions and various programmes.

Nevertheless, we were highly interested in beaches, as the temperatures in June offered us a promise of pleasant bath in the sea. Town´s beach Lido di San Giuliano is situated in north town quarter, and it is very popular, but it seemed to be kept in quite good stage (maybe, therefore, as it was a beginning of the season). So, you have to look for more beautiful and quiet beaches in bigger distance from the town, in some bay. Close to small town of San Vito Lo Capo, (in direction towards Palermo) you will be fully satisfied. 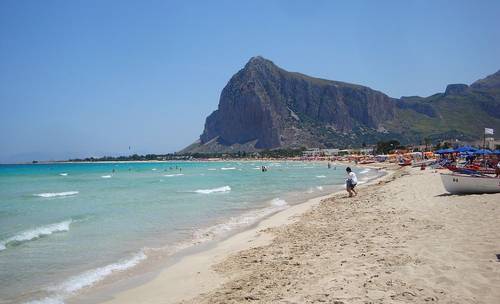 You can read in leaflets that just there, regularly autumn popular Kuskus Festival are organized there, where the best meal of such type of the whole world is being prepared. Some parts of this rocky coast, especially around cliffs, could be quite dangerous, as a consequence of surf and perfidious streams even for experienced swimmers. On the other hand, the surfers as well as the lovers of adrenalin sport activities can find there an ideal place, requiring favourable wind and waves. 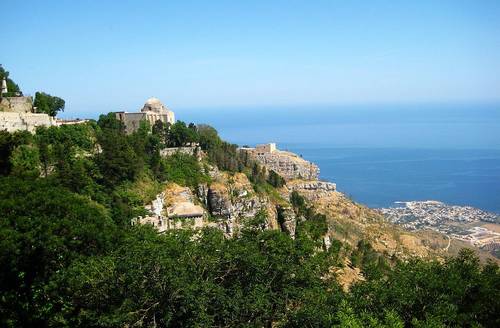 And now, a couple of words about most interesting places in the suburbs of Trapani. This romantic historical small town Erice, placed on steep hill, is formed with Middle Age citadel, surrounded with several churches and streets with old stone buildings. From this place, a wonderful view to the environs and Egadi Islands is to be offered. Anyway, who is wishing to avoid winding roads, he can use a railway rope line (funivia) from Trapani.

The gouup of Egadi Islands (Isole Egadi) is situated at range of sight from Trapani. From three islands – Favignana, Levanzo and Marettimo – we have chosen Favignana, the greatest from all. The way by ferry takes an hour, and quick ship proves it withing 30 minutes. The island is 9 kms long. Nevertheless, in Favignana small town, there are not too many sightseeings available. On the other hand, the beaches and bays are the best. This rocky island with karst formations is recommended for foot passemgers as well as for cyclists. From Trapani port, regular ferry lines are directred to Sardinia and to several Mediterranean ports. 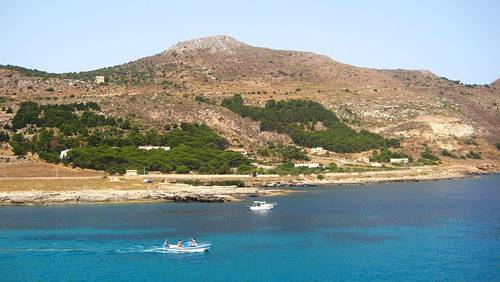 This great port town is placed in south distance from Trapani (and Birgi Airport) on most west corner of Sicilly. Its name comes obviously from Arabian language and means Allah-Port. (Mars-al-Allah). You can buy there local dessert wines, similar to those Porto wines. Further, you can find there many buildings in Baroque style and several museums.

This small town inside mountaneous countryside is placed in distance of 30 kms from Trapani, in direction to Palermo. You can admire there very well preserved Old-Greek Church, which is the most beautiful antique monument of the whole Sicilly. 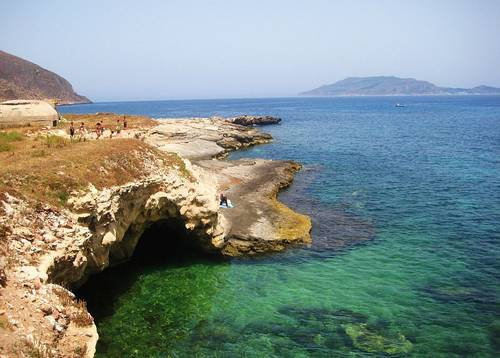