There well-known road off the gate of Myndos led. The city was, however, damaged by an earthquake and partially flooded. In a one year’s time there were about 200 small earthquakes in the area usually not recognized by people. So to get there I have to struggle through water. Pretty adventurous. I will definitely ask someone to take a picture of me… 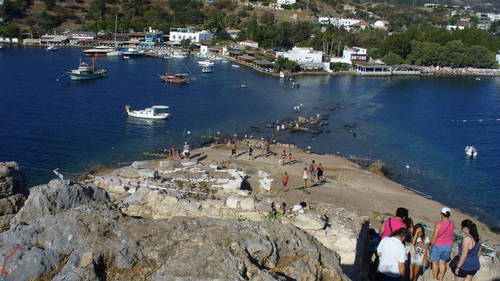 It is almost evening. Sun sets. So I order a typical typické Turkish food Guvech ie. pieces of beef with vegetables. I enjoy it very much. All over are lacquered pumpkin lampoons with colored beads. Full of great impressions I return to Turgutreis. On the road I pass by a tanderine garden. I enter and pick some. I put them to my soda instead of a lime. Its very refreshing. In Turgutreis I buy tickets to an open air cinema where are very comfy chairs ad camp beds – this is not only my idea. While on my way I met a friendly local who asked me for a date. He asked me how come that I look like an angel. It is nothing unusual in these places. All men here are very skilled flatterers. After I finished the movie I laid in the bed. It was a great day full of impressions … 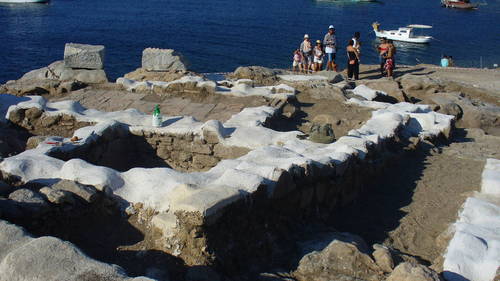 And again there goes another beautiful morning. No clouds on the sky, cicadas are chirping. I am going to have a breakfast to a village near to the region of Yali. I am enjoying borek and head to an amazing beach below Hotel Kempinsky. There are pretty many Turks. Still the beach is very untouched, not spoiled by the civilization. There is beautiful clear water. In distance sail boats and I see up to Croatian island of Kos. Couple of pleasant hours later I go to explore other parts of the Bodrum peninsula. This time to Torba. I go to its en along stony road where is another beautiful beach. There are large half-open seashells, about 30 centimenters in length. 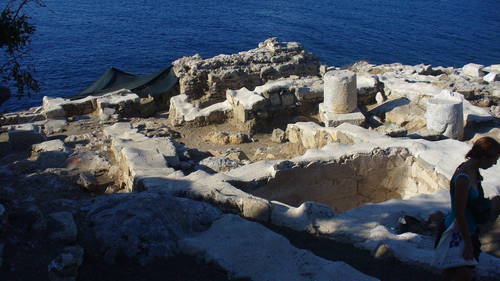 Afternoon I go to the downtown of Bodrum and I board a small boat in the port that operates as a dolmush. It is parked right next to the fish vendors so there is a typical smell of fish. I sail to the Bardakci beach. It is one of the most beautiful beaches that one can find right in the city. While on local boarwalk I could get enough beautiful mosaics around large flowerbeds with tanderine trees. Some artists of these mosaics come as far as from New Zealand  or Spain. They resemble Gaudí. Very beautiful … 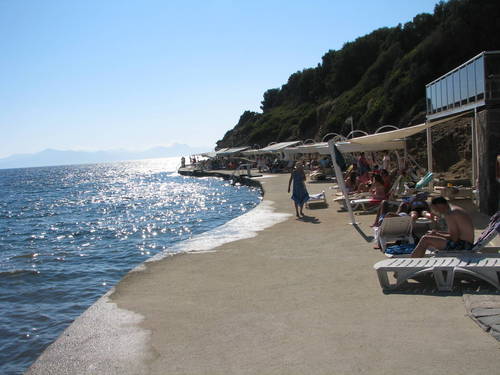 In the evening I go to get some cultural experience. Right behind the castle of Bodrum there is held annual Ballet festival. Today a school of ballet will perform and you pay no admission fee. I arrive on time yet the performance starts later since a muezzin in the mosque behind the theatre calls people to pray. During this believers shouldn’t listen to any music and the he shouldn’t be interrupted. It takes about ten minutes so we wait patiently. And the play may begin. 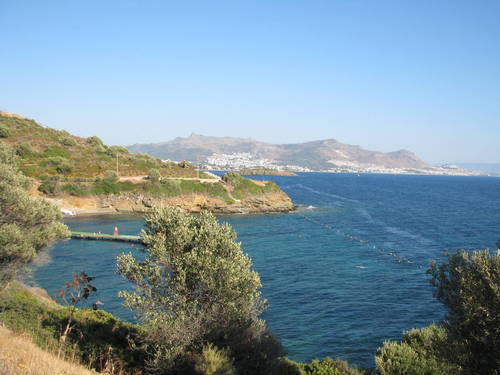