Byzanc was the name of original town, or rather a settlement, located in place of todays Istanbul. During the time of the Roman Empire Contantin I the Great renamed it to Constantinople. After the Ottoman Empire conquered Constantinople, it was renamed again, this time to Istanbul. The city today spreads on the area of 7500 km². 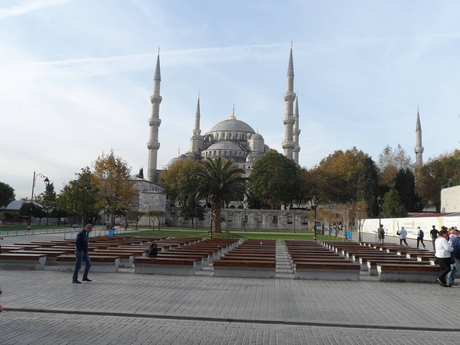 Istanbul belongs to the type of cities you should visit and enjoy its atmosphere and its people. People of Istanbul are kind and willing. If you don’t have a paper tour guide, you can easily obtain a literature in you native language that considers a sight you plan to visit. I personally had a luck to meet a Turkish guide Mr. Shinasi and a Czech guide Ms. Sylvia who both knew much more about cities we had visited together, than paper guides did. My Turkish guide is interested in his homeland and particularly its history for many years. That made his talk even more interesting.

Blue Mosqe is perhaps the most beautiful mosque in Istanbul built by Sultan Ahmed I during his rule over the Ottoman Empire (1603 – 1617). The architect of the mosque was Sedefkâr Mehmed Ağa. 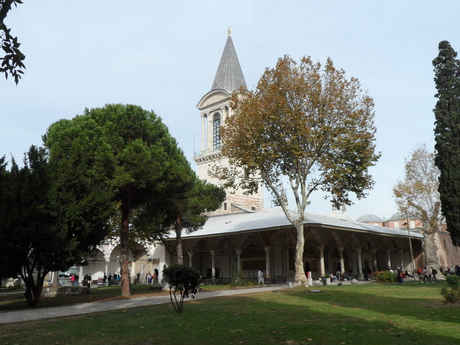 The Topkapi Palace is another interesting building that had been used for almost 400 years as an administrative center. Fatih Sultan Mehmed, the Ottoman Sultan, built the founding walls. However, the construction of the palace continued until the 19th century when it got its final shape. Almost 4000 people lived in the palace during the rule of the Ottomans.

You can see there the king’s chamber, harem, “a cottage” of Sultan Abdulhamid I and other fascinating things such as the throne of Shah Izmael, the princess’s cradle or the ceremonial throne. Also you can see there china, a glass jug covered with jewels and other things. 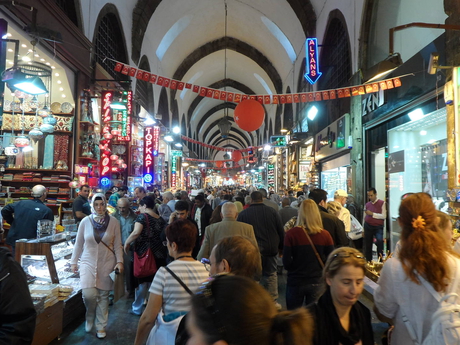 I recommend to visit the Grand Bazaar where are many shops mostly selling spices. Across the street from the bazar you can visit the harbor. There you can board some ship that will take you on the ride to see Bosporus. Bosporus is crossed by Bosphorus Bridge or also by Atatürk Bridge that is 1560 meters long and 64 meters above the sea level. The bridge connects Europe with Asia and, if you are lucky as I was, you can see fishing boats sailing out.

Bosporus connects the Sea of Marmara and the Black Sea and passing through the strait you will see for example a military academy and many other beautiful buildings. On Bosporus you can also meet some international touristic ships that are, according to my opinion, luxurious hotels on sea. 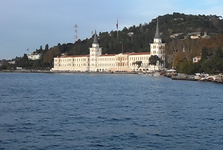 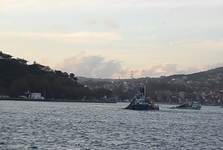 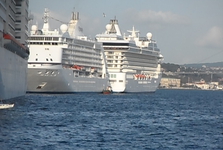