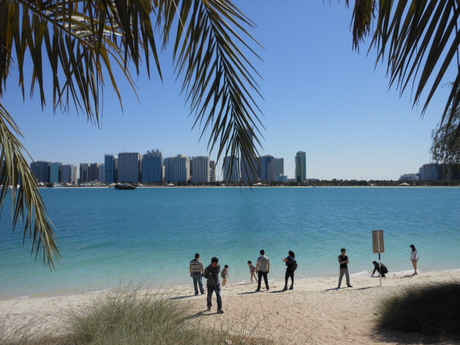 The costs were 3 bn. dollars. It is administered by Kempinski group. Inside, the hotel has 114 domescovered with gold and silver. The highest dome is Grand Atrium. It is even higher than the St Peter’s basilica. Swarovski company delivered 1 002 crystal chandelliers. The interior is made mostly of marble that came from Italian, Spain, China and India. 1 500 artists decorated it. Daily 20 000 roses are needed for decorations. I would go there for a cup of coffee with golden dust sprinkled on it … 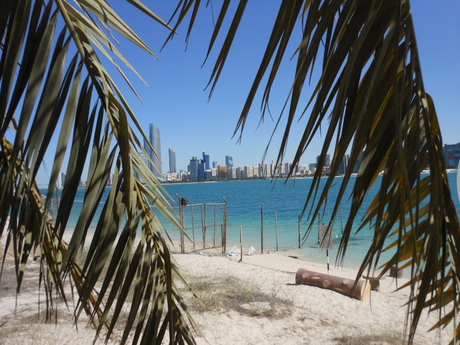 Wow, the beauty! I am only about to see what I was looking forward to the most. The most grandiose mosque – the mosque of Sheikh Zayed. I can see it in the distance. It was ceremonially opened in 2007, Sheikh Zayed is buried there. The mosque combines traditional Islamic architecture and modernity. I was not certain that it would grasp my heard as ancient mosques in Istanbul. This one was build by modern technology, not by detailed work of artists from the antiquity. The construction took 12 years. It slightly resembles Taj Mahal. The building cost about 2 167 bn. dirhams. 40 000 people can pray there at once. The building consists of 60 domes covered with white marble. The main dome is 70 meters high. 4 minarets surrounds the mosque each of them being 107 meters high. 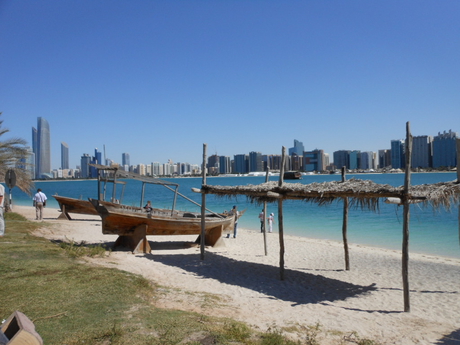 15 types of marble were used for the mosque. The floor on the main yards is made of flowers of white marble. I entered the mosque and enjoyed the 9 ton chandelier made in Germany. It is 15 meters high and 10 meters wide. There are other chandeliers yet smaller, altogether there are 7 of them. On the floor, expands a gigantic carpet from Iran. It weights 47 tons. Iranian weavers came there to work on it at the site. I am continuously making pictures. I cannot believe I am still on the ground and haven’t rather flown away to some unreal world. 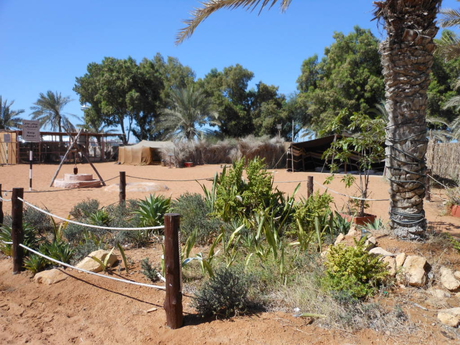 I am about to leave Abu Dhabi. I ride by leaning building with office, then by convention center, and tribunes by the road. Every year on December 2, the celebration to commemorate the foundation of the Emirates is held, and finally I pass by a roundish building with realtor company. Another mega project is green Masdar city. It is supposed to be 100% environment friendly city of the future. It will cover the area of 6 square km. It will be surrounded by a wall. It will use solar and wind power, and will have eco public transportation. 1500 companies and some universities are about to reside there. The architect is Norman Foster. 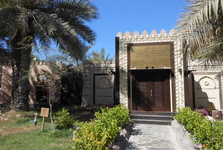 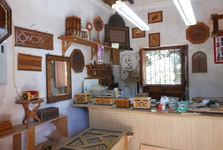