In the past, jockeys used to be 5 year old children. Their low weight enabled the camels to run in high speeds. Specialized gangs stole the children from Asian families and sold to sheikhs. Fortunately, a number of international organizations protested this business, thus the ban from 5 years ago prohibiting children to compete in the camel races. Since then, the interest in the races has been in steady decline. Today, small remotely controlled robots sit on camel backs. 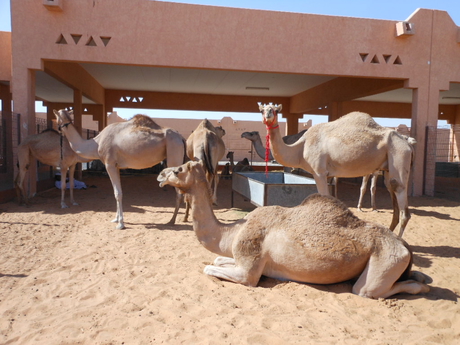 I go by beautiful sand dunes with car tracks. Somebody had great fun there. I have try it as well! The road is slow because you can ride only 80 km/h. Probably because of camels. Then I enter Al Ain. Red dunes surround desert residence and the near Jebel Hafít mountain range and the Oman Mountains only add to the picture.

The climate completely differs from the one by the shoreline. Ther is enough of underground water. The city is in the center of the vast area of oases called Buraimi. It is colder here. Wind is fresh and you can see mountains veiled into fog in the distance. Fog and haze are present everyday in the morning. It is the only moisture desert fauna can get..

First I travel to the outskirts of Al Ain, to Hili excavation site. There is the original tomb from 3000 thousand BC with 200 people’s remains. The tomb is of round shapes with holes through which food for the dead was given. This implies that loclas believed in the afterlife. Two petroglyphs are present above the entrance to the tomb. One shows two figures and an oryx. The other shows two cheetahs hunting a gazelle. The tomb is in a vast green park with many flowers. It didn’t even look like we were in the desert … 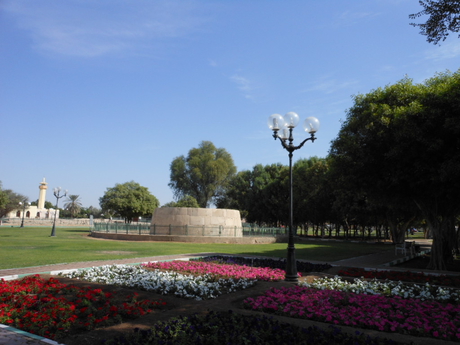 Then I travel to the Sheik Zayed museum. I pass by barbed wire behind which is the Oman’s part of the city called Buraimi. Earlier there were no borders. But often some people expelled from the Emirates moved to Oman and easily worked in the Emirates, or just freely moved there. Therefore more strict rules. 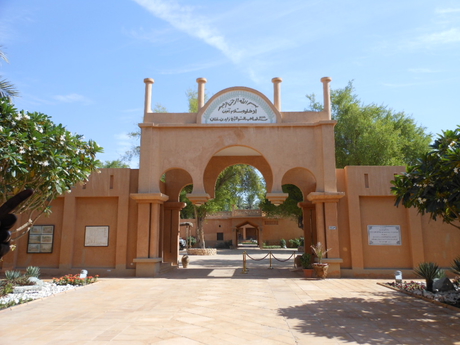 And now I stand by Eastern Fortress , built in 1910 by the Al Nahyan, the ruling family then. It was there where Sheik Zayed was born. Later he was in the office of governor there. He never forgotted his town. In 1977, he founded there the first university in the Emirates and there is even an international airport. 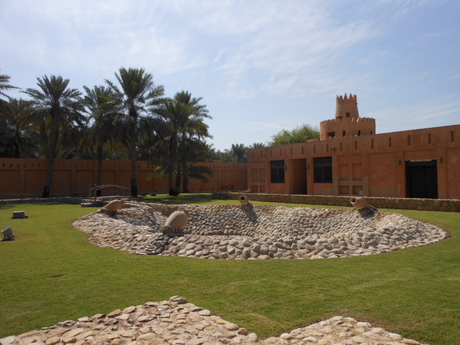 Sheikh Zayed built also hospitals, schools, and social houses. Until then, ill people had to travel couple of days to Sharjah Emirate . He built social houses as suburbs based on the same plan. He gifted them to newly-weds and 70 thousand dirhams on the top of it. He built so many of those houses that people visited him to tell him no more are needed. Yet he said that families of Indian workers need money and jobs. Therefore, he would continue in building them. He bought the system of channels called Fajas to make water free for everybody. 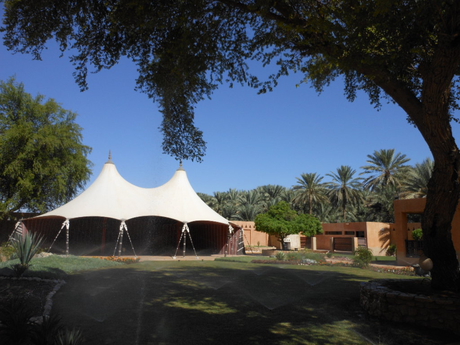 The fortress is surrounded with a wall and four watchtowers. Inside are paintings of sheikh’s family. Well, his sons to be concrete. Nobody shows women, not even talk about them. Sheikh Zayed is depicted young with his white horse, and a hawk.