Hever Village is located in Kent south of the British capital near the town of Edenbridge and Gatwick Airport. The original medieval defensive castle built in Tudor times around 1270.  Gradually became home to many prominent families. The most famous inhabitant of this seat, however, was Anne Boleyn - second wife of King Henry VIII. Her father, Sir Thomas Bullen said Grandpa was the later Queen Elizabeth I (Queen Elizabeth I). After the execution of Anne Boleyn Castle property was transferred to the fourth wife of Henry VIII. Anne de Cleves (Anne of Cleves). As a memorial to the visit of the king in the castle still exhibit his bedroom. When in 1557 the castle turns more prominent families, but not all of this exemplary estate cared, and so in the 19th century threatened that flights dilapidated castle will forget. 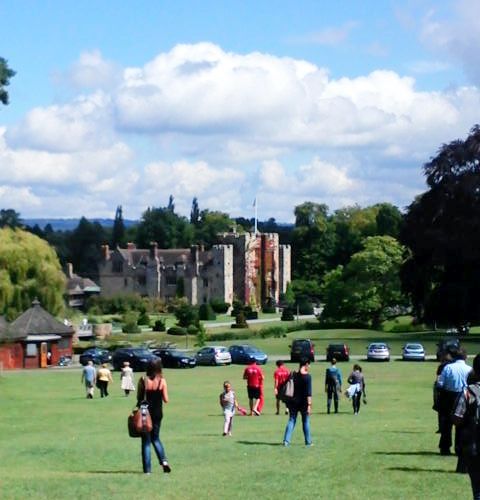 In 1903 castle was bought by an American millionaire William Waldorf Astor (after his family is termed a network of luxury hotels the Waldorf Astoria), who invested in the reconstruction of the castle a considerable sum of money, imagination and time. Parts of rebuilding were the new parts - especially wing Astor (Astor Wing) as well as beautiful gardens. Of these, probably the most beautiful scenery of the Italian garden has a rich collection of antique statues. The surrounding gardens are a large number of water bodies such as the crescent-shaped lake, waterfall, lake, or fountain of two sisters Loggia, reminiscent of the famous Fountain di Trevi in Rome.

The romantic walk, you can wander into the Tudor garden, or walk along the promenades or rhododendron named Anne Boleyn, which are planted more than a hundred trees. Many children and adults as well, especially tormented by surprise and trees planted maze Maze Yaw to the castle, or the Water Maze – 16 yards water maze on the island (Sixteen Acre Island).

In 1958 the castle was largely swamped by the flood and consequently inaccessible until 1972, when an extensive renovation work finished. Since 1983, the resort is a private company. It's a miracle that this magnificent castle destroyed tumultuous past or natural phenomena, and so today is a welcome attraction for domestic and foreign tourists. 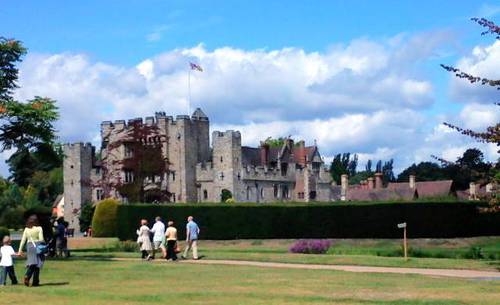