Carmelo is situated on the banks of the Rio de la Plata river. The weather is moderate, temperatures vary between 3-5 °C in winter and an average of 25 °C in the spring and summer.
It is not known exactly when the first inhabitants appeared here. Since 1758, several ranches and a small chapel were founded around the Las Víboras creek, but this place was inhospitable and people moved to the Las Vacas stream. Officially, the city was founded by General Jose Gervasio Artigas on February 12, 1816, Carmelo. Why the city is called Carmelo is not exactly known. It is believed that the first settlers worshiped Virgen del Carmen, which, according to the legend, appeared on Mount Carmelo not far from here. Today, Nuestra Señora del Carmen is the patron of the city, and every year (July 16) a festival takes place in her honor. 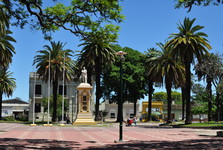 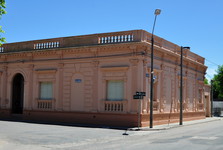 We get to Carmela after a two-hour voyage from Buenos Aires. But it has gotten dark already. Border check goes without any problem. We get an entry stamp into our passport and think about where to stay. Officials will advise us on camping on the other side of the city. Beside the camp there is a local park where there are other tents and there is no problem to stay here. There is water and during the day there are open toilets and we can relax on the beach. 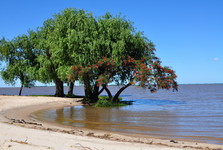 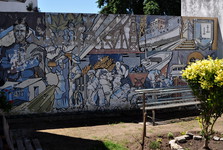 It takes just one day to criss-cross Carmel. The main square in the center is the Plaza de la Independencia, around which was established the civic and commercial center and the cathedral of Catedral de Carmelo. Another square is Plaza Artigas, which houses buildings like Santuario del Carmen and Archivo y Museo Parroquial del Carmen. As one of the most important buildings also count Ignacio Barrios House, today called Casa de la Cultura. In 1975, this house was declared a national historic monument and still retains its old colonial style and most of its original furniture. 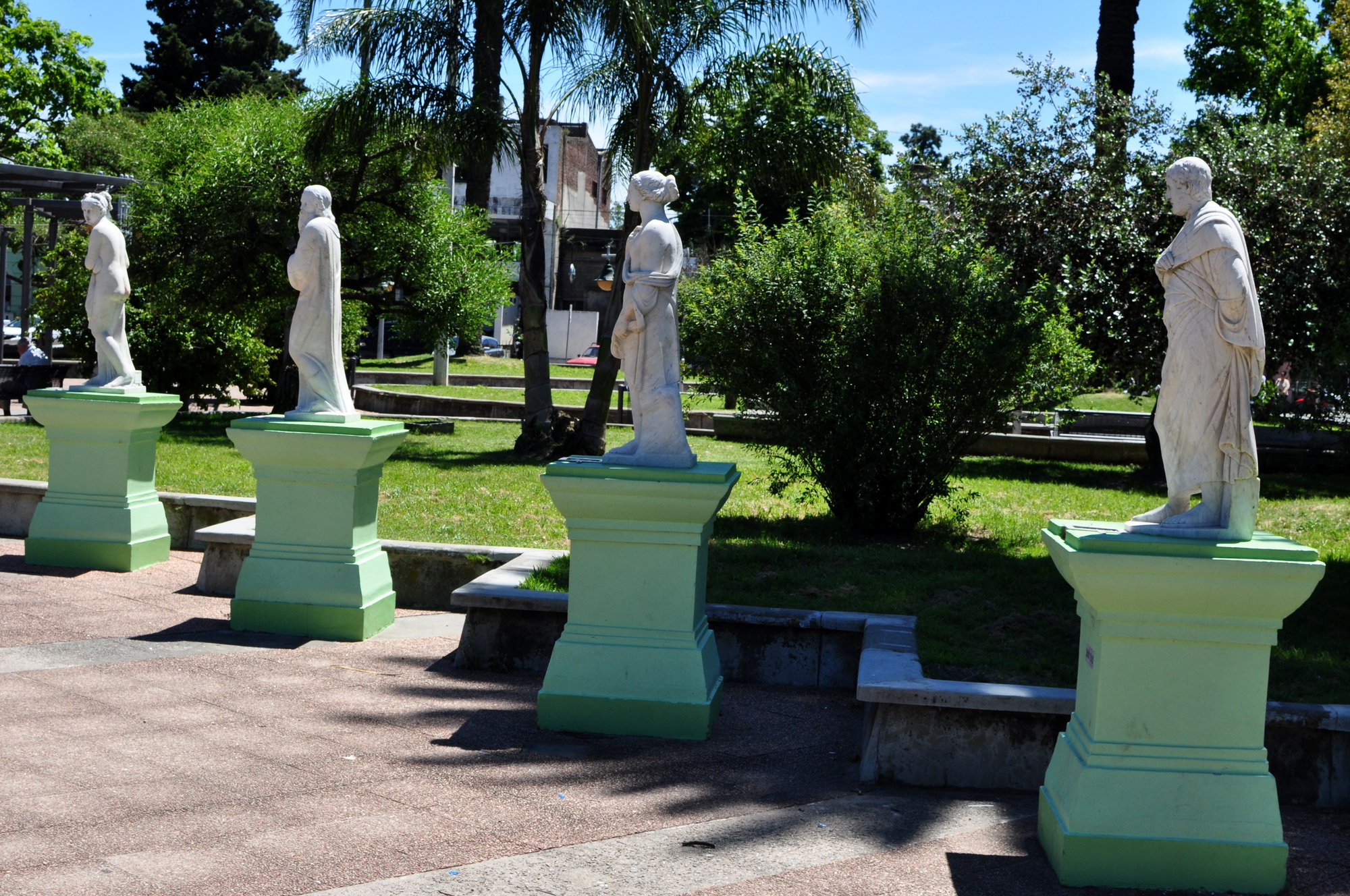 Carmela's main attraction is the revolvingbridge over the Las Vacas river, which thanks to its mechanism also allows large craft traverses. According to historical books, the bridge was built in 1912 and became the first manually turnable bridge. Close to the bridge is the beautiful promenade "Los Constituyentes", inaugurated on December 7, 1930 (to the hundredth anniversary of the Constitution). There is also the Carmelo Rowling Club, one of the most traditional institutions in the town. We head back to Seré Beach, which is at the park where we stand. 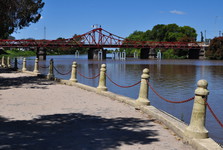 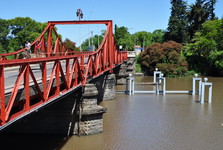 We chose Carmelo as the start of our Uruguay trip because we boat tickets from Buenos Aires were cheap and also because we wanted to relax for at least one or two days in some quieter city and plan a trip across the country. The city is pleasantly small and serene, so we are happy with our decision. But as they say, don't count your chicken before they are hatched; at night, we are loud music, constantly passing cars and motorbikes, and the roar of people. It's Friday, it's hot, and the youngsters are having fun here - they go by car to the promenade, they park the car, open it and let out loud music. That's how it makes a few cars, so the ground shakes in the rhythm of several songs at the concert. We will not sleep too much at night and we set out on the road in the morning. We'll be more careful next time about a place where to build a tent.