We try to hitch a ride. Still, Uruguay is a small country and to travel several miles by hitchhiking should be a problem.And it really is not. We have plenty of time at our hand to go through the historic part of town. While we did not find tourists in Carmel, here is the city of tourists full, and it's not even the main season. 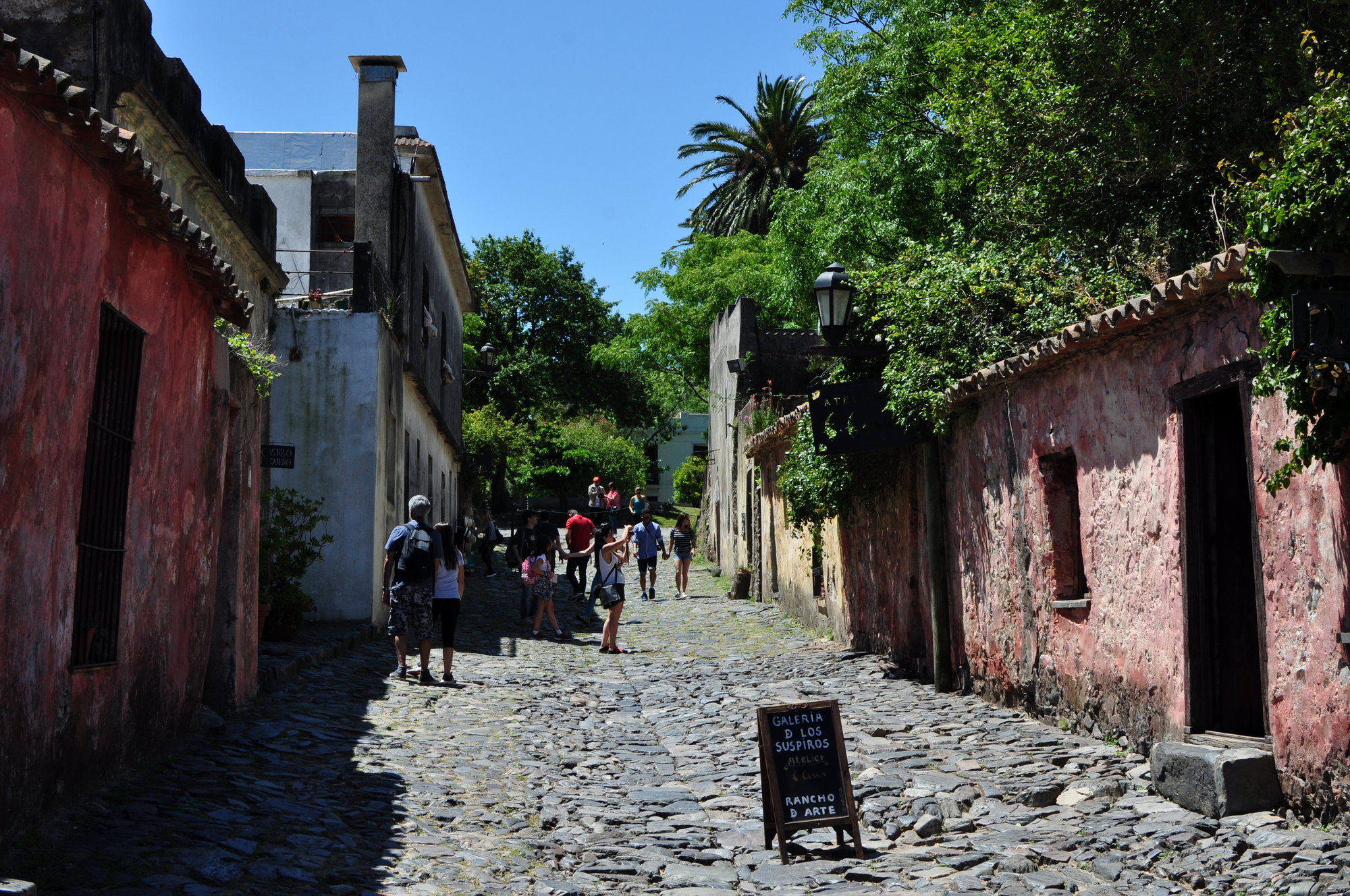 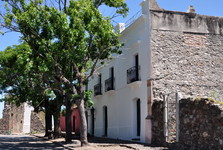 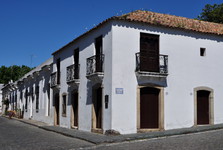 The historic quarter has been a UNESCO World Heritage Site since 1995. When walking here be prepared to trod on uneven cobbled streets. The historic district begins at the Puerta de Campo, restored entrance gates and strong walls descending to the river. Walking along the main square of Plaza Mayor you will surely find yourself in the "Street of Sighs" - Calle de los Suspiros. In the old days this street was called Ansina and its name is connected with legends. One legend says that people were sentenced to death by this street to drown themselves in the tide. Another legend tells of the tired seamen and soldiers who have come to have fun here. And there is also a romantic legend about a young girl killed by a dagger while waiting for her sweetheart, when all she heard was her disappointed sigh. 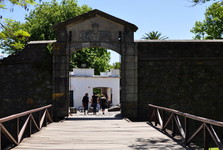 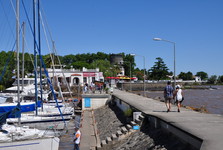 There is also a lighthouse at the Plaza Mayor. The city of Colonia del Sacramento is strategically located in Rio de la Plata. Although the river seems serene, once souteast wind blows over it, everythin changesl. During its history, the city was attacked by both the Portuguese and the Spaniards, and many battles took place along the river. At night and in the storm, sailing became very dangerous. Many ships ended at the bottom of the river with gold and silver treasures. The illumination of this dangerous place has become a necessity, and since 1855 the tax has been levied from anchoring ships in order to build the first lighthouse in the region. The work began on January 24, 1855, and its construction lasted two years. The lighthouse was built on the ruins of the ancient San Francisco monastery, which are still visible here. 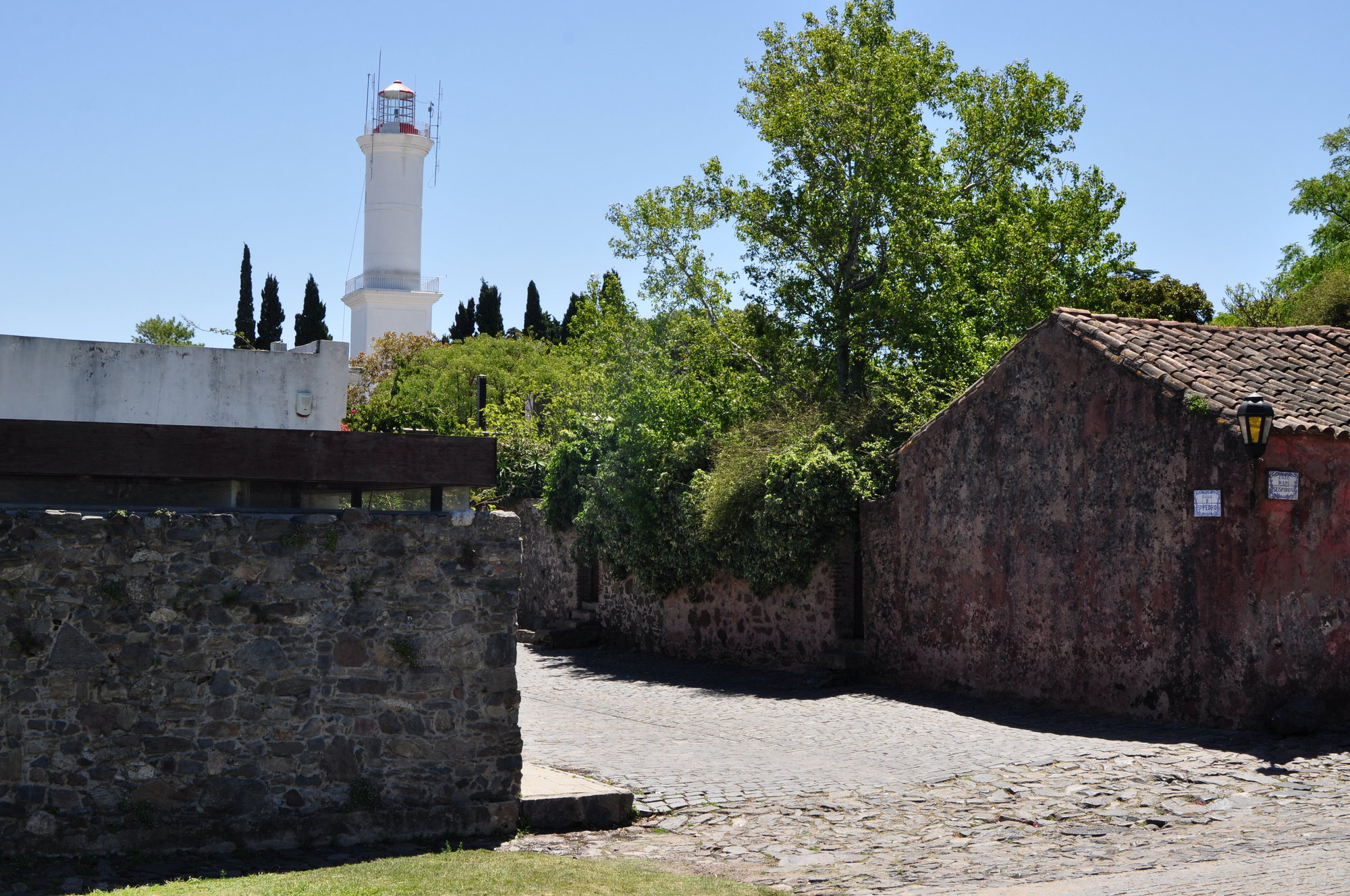 Another square, the Plaza de Armas, features important church of Iglesia Matriz (or Basilica de Sacramento) dating back to 1680, which is the oldest church in Uruguay. 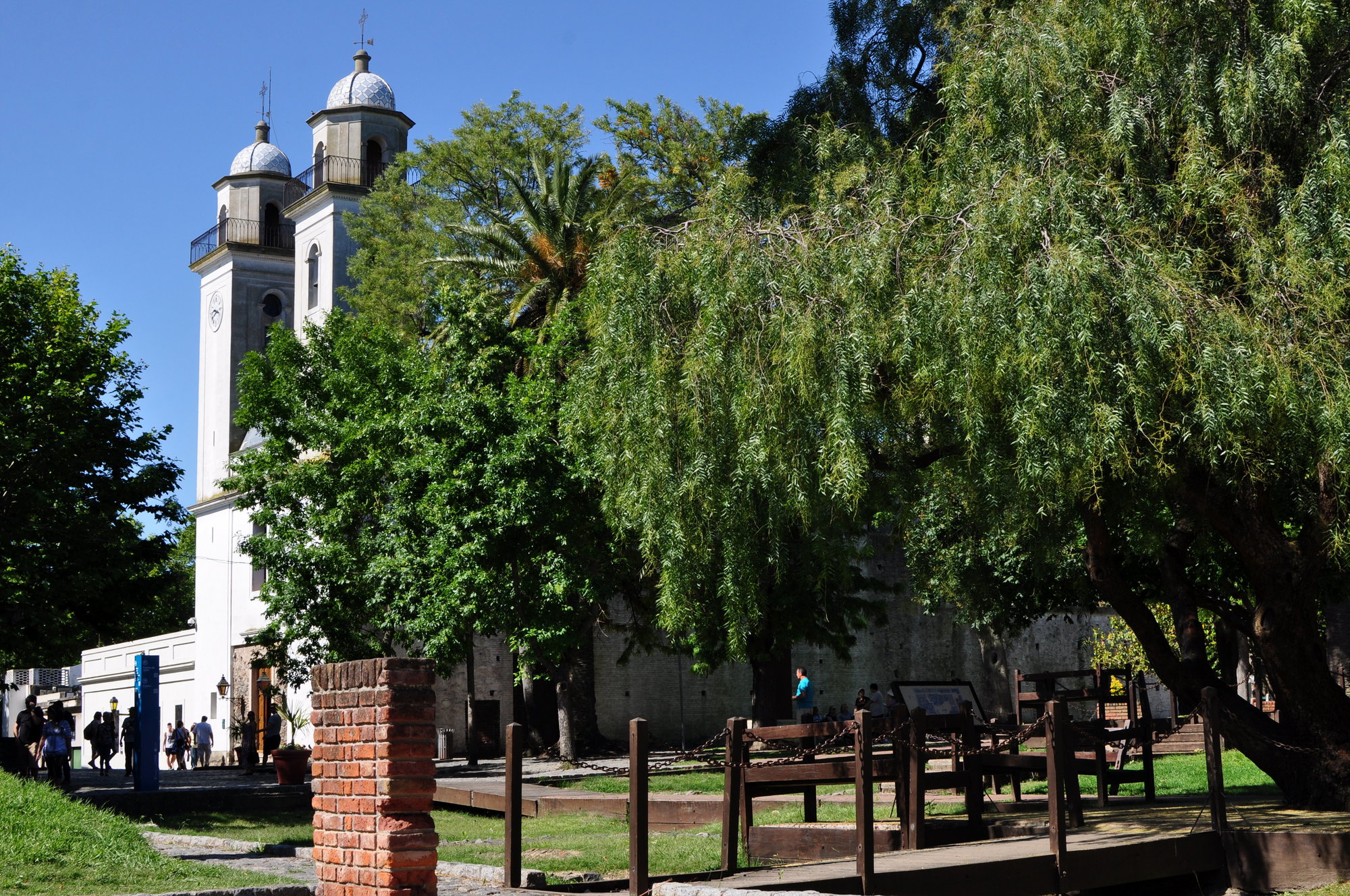 There are even eight museums in the city itself. In the Portuguese building from the 18th century - the Museo del Período Histórico Portugués - there is an old coat of arms, pieces of furniture, weapons and reproductions of historical artifacts and cartographic maps. Another of the historic houses in Portugal, which preserves the original 17th-century stone walls and floors, is the El Museo Casa Nacarello. The most interesting is the Museo del Azulejo, which is focused on decorative tiles. In the city, these white-blue tiles mark the names of the streets and places, giving them a more authentic touch. 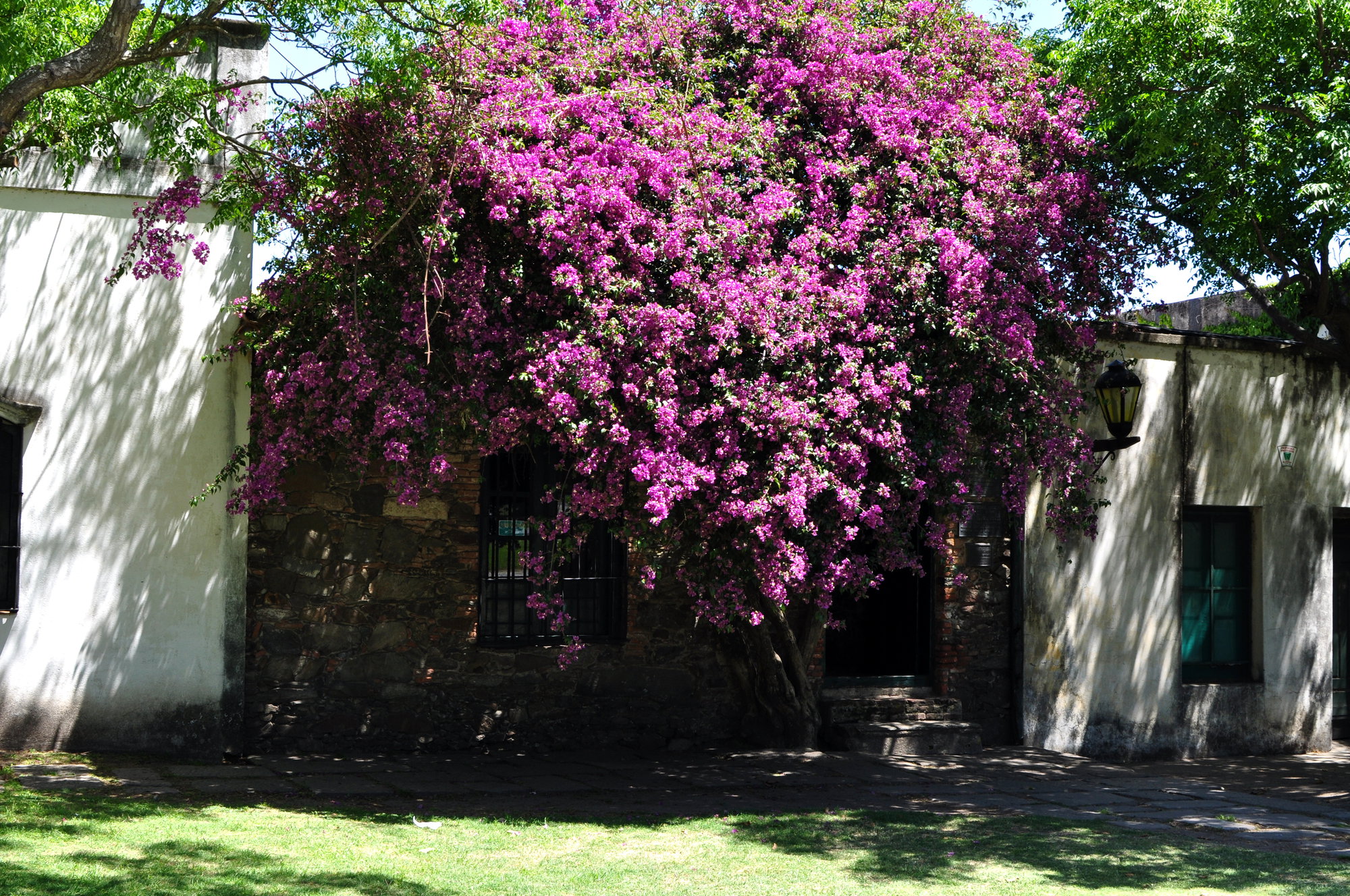 The old harbor of Puerto Viejo has not been in operation for a long time, but it's a nice walk along the coast. We sit for a while on the seashore and walk through a dock where many yachts are moored. Even if you do not visit a single museum, the walk through the old historic town is beautiful whether you are walking through any street.