The main center is in Furnace Creek. Scotty's Castle is another good place to get relevant info. You would hardly expect this "castle" here. A Chicago millionaire - Alber Johnson - built it there as his summer residence. He named it after Scotty, an amazing speaker who loved the valley and tried to persuade businessmen to invest money in exploration of the valley (gold mines). After Johnson's death Scotty himself lived at the castle. Later, the castle became a hotel and now you can see it as a part of a guided tour. 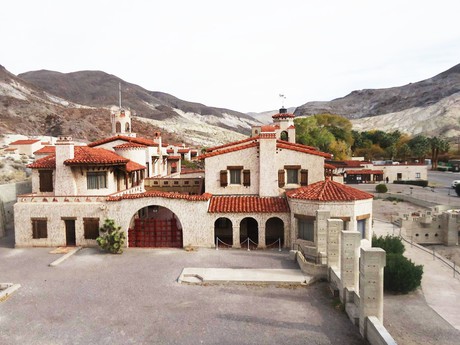 Let's see other points of interest in the park. Zabriskie Point is a beautiful vista. You see eroded desert terrain in many shades of brown, orange, yellow, beige. Sand here reminds a marble cake. Maybe some of you know the name because director Michlengelo Antonio directed a film of the same name. The vista is amazing and frequented brcause you can park your car right there. The most amazing is to watch sunset there. 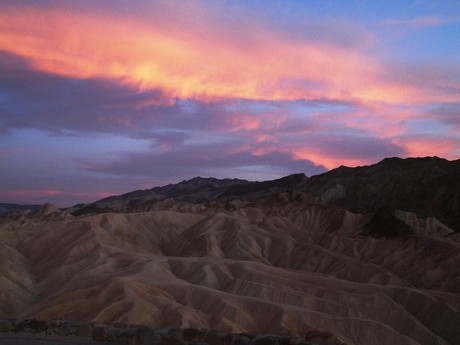 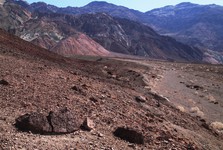 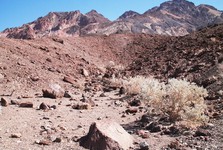 The best vista is Dante's View onCoffin Peak. Dante's View Road, the road of the same name would get you there. What you can see from there is the lowest part of the park (86 m below the sea level). Also, you can see the highest point of the park (Telescope Peak 3 368 m). Mountains nearby are amazing. Visit Dante's View in the morning because the visibility is the best and the temperature is most favorable to your car. 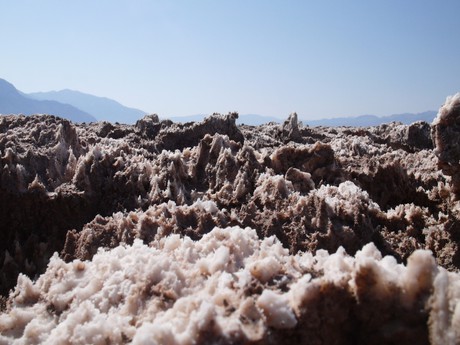 Badwater Basin, is a salt lake which is an integral part to Death Valley. No visitor could miss it. I think that anybody who was here must have tasted local salt and took a bit with them as a souvenir. There is what is perhaps the most photographed wooden board saying: „Badwater Basin 282 feet“. Adjacent to Badwater Basin is Devil's Golf Course. It looks like freezed field. However, it is only lake's bottom with cracks in terrain. 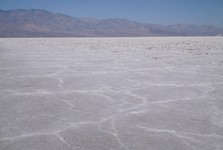 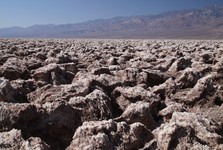 Another point of interest is Mesquite sand dunes. Intense sun heat heats up sandduring the day. We jump out off the car to see the dunes. We realize that is is undoable in sandals. Sand is too hot. But even sneakers are not a good choice either. Again, we get inside the car and turn on the air conditioning. We just pray that our car would not get overheated. This is, however, quite normal around here. There are water tanks with water for the cooler If you find yourselves in troubles, it is recommended to remain in your car. 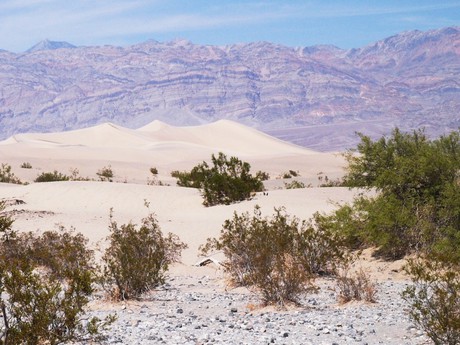 If offroad fans were lured by dunes or other parts of park their desire won't be fulfilled. It is forbbiden here. Some of the roads are just dirt roads. These are not very frequented. If you have a problem then there is another problem - long waiting till some car apperas. The name of the park suggests that it is really difficult to get cell phone signal. It is forbidden to spend nights outside designated camping areas. 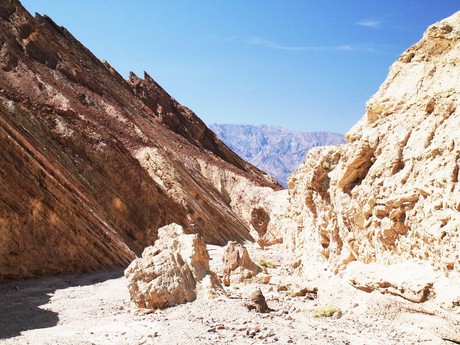 The park offers many beautiful places to visit. Among them are canyons (the Mosaic Canyon, Golden Canyon, Marble Canyon), dunes of Eureka, Rhyolite ghost town etc.

Have a nice trip in Death Valley and also may your car be reliable.