One of them is Sequoia national park, the second oldest one in the country (next to  Yellowstone National Park). In the north, the park borders with Kings Canyon park. Formally, the constitue one national park. Road No 198 interconnects both national parks. It is called Generals Highwa which is the only main road which runs through Sequoia national park. Forest consists of majority of the park's area. You can't drive through the park. This makes it very suitable for alpine tourists. Or you can rent a horse here. Teh forest is home to many wild animals - bears included so be careful. There are several camps. There are boards in these camps noticing when a bear last visited. 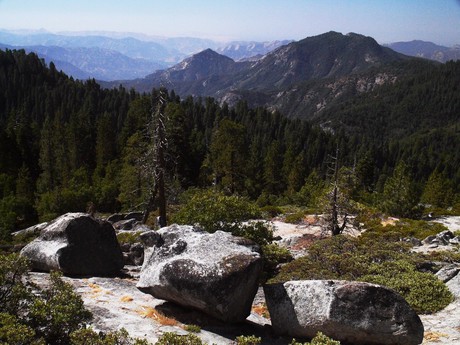 Sequoia National Park is famous for local giants – giant seqoias the largest trees in the world. They remain green entire year and can be as old as 2000 years. Their reproduction is very interesting - they need fire so their seeds could grow. Small vegetation burns down and  seqoia seeds can grow to a tree. 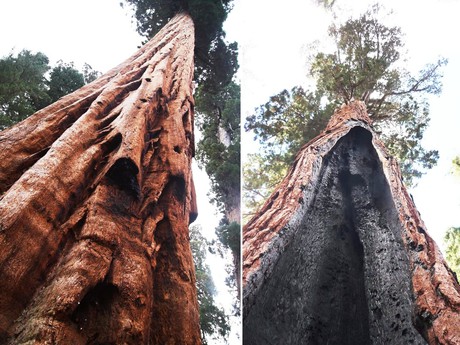 Giant Forest is a popular part of the park. There are five of ten highest trees in the world (as for their volume). The most famous one is General Sherman. It is 83 meteters high. Its trunk diameter is over 30 meters. A man looks really small and vulnerable. Everyday, crowds of tourists come here to admire it.

Tunnel Log is other very popular place. In 1937, huge seqoia - 84 meters long and 6 meter thick - fell across a road. Park rangers decided to not to remove it. They rather cut a tunnel through it. 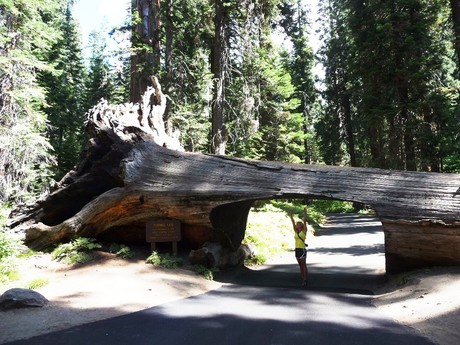 Mt. Whitney is the highest mountain situated outside park's border. It takes several days to climb it up. 50-km High Sierra Trail gets you there from Giant Forest. It goes uphill through forests and meadows. There are several hot springs along the way such asKern Hot Spring. The trail meets the famous Pacific Crest Trail on Mount Whitney. Pacific Crest continies to Kings Canyon. 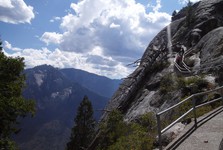 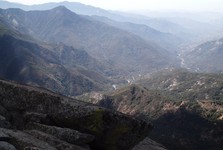 The main scenic point is Moro Rock. You shouldn't miss this one. The scenic point is right on the top of the rock at the end of stairs. Moro Rock is allegedly the highest monolith in the world and the vistas from up there are amazing. One could sit there and just watch for a long long time.

Crystal Rock is another interesting place. It is the only cave in the park area which is open to the public. Other caves are accessible to researches only.

In my opinion, the park is amazing and won't disappoint you.