en.infoglobe.cz » US: Trip to Seattle VII

Seattle might at first glance give the impression that due to its short history is not a place that would be attractive to tourists. Well, you will understand it, because the first thing you see are skyscrapers built a few decades ago. As with many other American cities that are not essentially square, which is usually the center of life in the city. 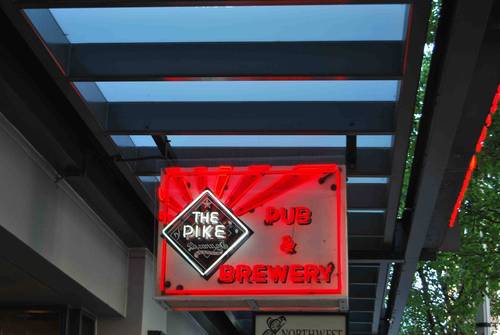 But as you notice, we can see that there a lot. One of the other places that everyone should one go to Seattle, see, the Pike Place Market. Market is located near the Eliott Bay and at the entrance of 1st Avenue, you may notice a bronze pig appointing Rachel, the famous mascot of the Pike Place Market. 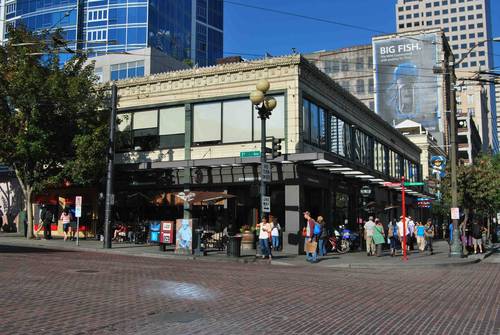 The market was opened in 1907 and is therefore the ratios Seattle considered old. Since it is located near the water, it is clear that the main thing will always run as fish and all kinds of seafood.

Indeed, it is a spectacle just for the reason that for us to come across something difficult. Although we have some farmers markets, but at least those that I have seen, were peppered with live music.

While walking around the market for musical accompaniment to stare in the windows of various shops that sell fish except such as sweets, meat and so on. The range of what you can buy is wide. 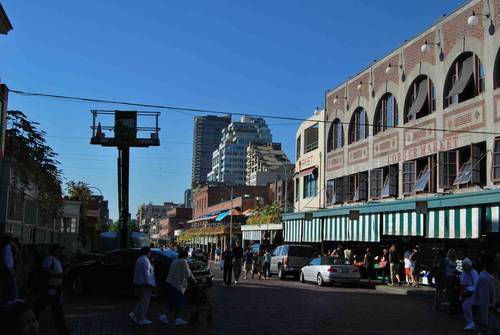 At Pike Place Market is one of the city's landmarks. It is the first Starbucks. It was opened in late March 1971. Although originally been moved from Western Avenue, but still this is the first branch of perhaps the most famous chain coffee seller.

When I went to see it I was standing in front of her two-man band and played catchy songs. Inside the course was packed and people flocked in and out once, but it did not disturb my feeling explorers who saw the origin of the giant chain with nearly 21.000 branches all over the world. 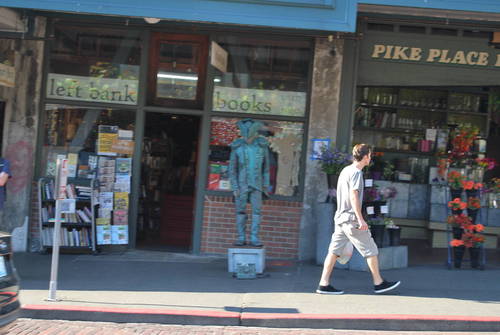 And Starbucks just hit the Pike Place Market, but they seem to be almost everywhere. Somewhere I even came across two very close together. And almost always is full of Starbucks. Although many Americans swear that coffee is expensive there, but like everything and it is a matter of perspective. When I mention how much it costs for us, someone nods his head, which it would expect from Starbucks and someone that does not want to believe.