Anchorage is by far the largest city in Alaska. It has a population of 300,000. That makes almost 40% of the whole population in Alaska. Next to Fairbanks is another unofficial capital, an important transport hub and a major port.

The program for the day is not strictly determined. We moved off from the town on the Seward Highway, which runs along the shore of the Turnagain Arm Gulf . The narrow bay is about 70 km long is one of two arms of a the huge Cook’s Bay.and is one of two massive arms extended Cook Inlet. After a while my colleagues longing to get to the town make a turn a get back. We continue on to Alaska Wildlife Conservation Center that reminds me of a small zoo, because the staff there helps injured animals. 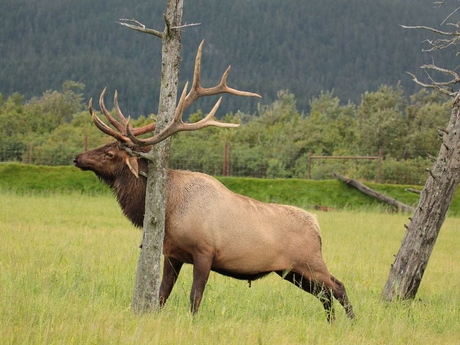 First locals we see are hefty buffalos. We move to a place where a huge elk occurs. He is very calm and rests close to a fence. A run of wapiti follows. A deer seems to be just in rut. An intense roaring spreads in the whole park. He proudly rises his pride and starts running to a deer doe. Amazing experience! We are nearing the end of our tour. Few moments before we leave the center we encounter baby Brown bears and take a look into few aviaries where are the Bald Eagles. 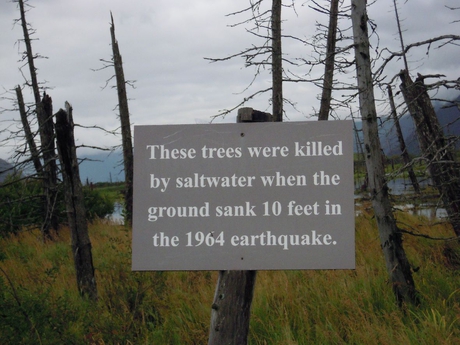 We have spent here a lot of time and it is time we get back to Anchorage. On Dášas recommendation we stop in a pleasant souvenir shop. In the shop are mostly things made by locals from natural materials. After we finished our shopping we get back to a hotel to have our last supper in Alaska. The day ends. Our sojourn in Alaska ends. We are going to pack our things and get ready to our tomorrow’s flight home.

We get up very early again because our flight from Anchorage is at 7 o’clock. We have about 24 hours of flight ahead. Due to a time zones we take off on September 4 and we will arrive in Prague on September 5. We will changes our planes twice, first in Portland and second in Amsterdam. Our voyage is without any problems, except for exhaustion!

My diary ends here. I have tried to tell you about a beautiful land I have visited. Alaska enchanted me and not only fulfilled my expectations but even surpassed them.