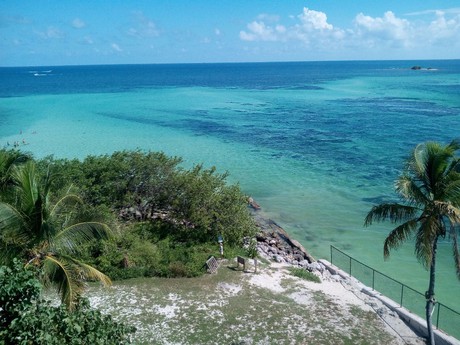 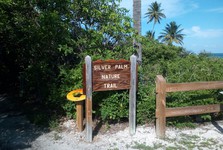 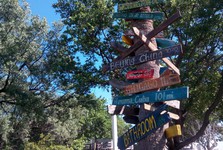 Sand beaches are beautifuil on the island (it is the longest natural beach on this island group). Divers like the deep waters near the coastline. One can swim in the Atlantic ocean on island's southern coast or the Gulf of Mexico on the northern shore just like that. The small Caluse Beach on the northern coast of island's southwest edge is very romantic one. From there you may enjoy the vista on the Old Bahia Honda Bridge situated on the left. Not far from the island the bridge is interupted. Very impressive.  In this southwestern part of the island there is food stand, toilets, outdoor showers, summer cinam, fireplace, picnic sites, and a harbor from which cruise ships depart. 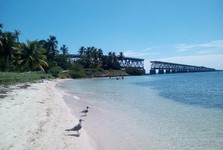 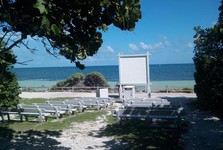 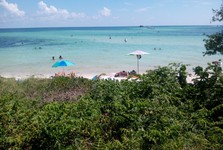 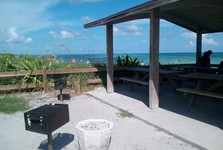 The old bridge was original partof Henry Flagler's East Coast Railway. In 1938, the bridge was repurposed to the original Highway 1. In 1972, the bridge was closed and couple of years later the construction of a new bridge was commenced. The new bridge, however, was constructed not on the place of the former but more to the north. Therefore the two bridges stand one besides another. Unfortunately, you may walk onle several meters along the old bridge without the possibility to reach the edge where the interupted. 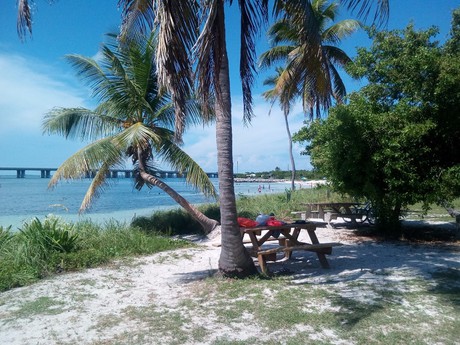 Bahia Honda Key island is a well known recreational resort with three camp sites on the island. There you ma sleep in caravans, build a tent, or rent a cabin. The largest camping areas are in the Buttonwood camp. You may stay there in a caravan or a small tent. There is a table, grill, electricity, and water at every site. It is great to stay there to see the sunset or spend a night there.