Or the Massachusetts Bay Transportation Authority, or just The T for short. It is the company operating Boston public transportation, i.e. busses, subvay, strains or trams. First underground tunnels were opened already in 1897. Sometimes you wonder how much has changed since. For example, you know the train is coming in the station with its characteristic squeaking like chafed against a narrow tunnel. Those used to comfort of subway in the Czech Republic will be disappointed in Boston. It is not a fast mean of transport immune to traffic jams at all. The subway stations are hot in summer and thus far from cool of spacious subway stations in Prague metra. Temperature in subway is usually ten degrees higher than on surface. Don’t you believe me? Come and try it! 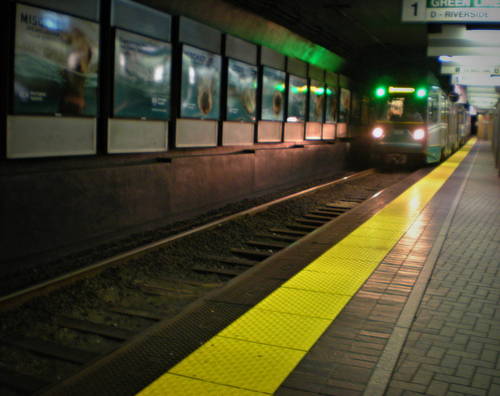 A ride in a green line

Imagine hot summer evening. In the park there is 30 degrees Celcisu and in the Park Station several meters under there is even 10 degrees higher. Only few fans that are only bit bigger than those you commonly see in offices try to ease unbelievably hot weather. In a spacious station there is no way to move away heavy hot air. Park Station is a busy traffic point of the green line and a transfer station for the red line. The green line has four branches: B, C, D , and E and those are divided to two tracks along each side of the platform. Lets say you wait for the C line, but as it is usual first two trains of the E line come, than one from B and D lines trains and than E. But no C. Lets assume it is a day when Red Sox, a Boston baseball club, play. You feel like you are in a sauna where every other visitor except you has a baseball jersey. And finally, you hear devilish squeaking from the tunnel and the C train appears. 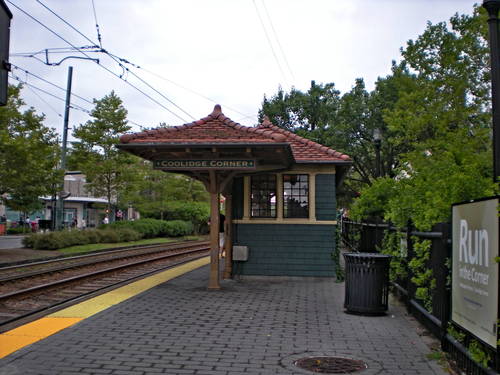 You get in, air conditioner is running wildly and temperature difference is like 20 degrees. The train starts moving but there is a hook. Both tracks for four green lines are merge into one tunnel. This causes a jam and therefore the train goes slowly, you start feeling cold and suddenly the train gets on surface and it operates like a tram. The C line has a separate track so nothing prevents it from moving. If you thought from now on the journey continued smoothly you have been wrong. The train slowed down right in the first station because of the “embark/disembark via front doors only” system. This was established to prevent fare dodgers for the surface stations don’t have tourniquets. On the contrary, if you have thirty passengers entering via front doors and other thirty getting out it takes several minutes. This “exercise” happens in every station and after the tram gets you to your final station you realize it would be faster if you had just walked. 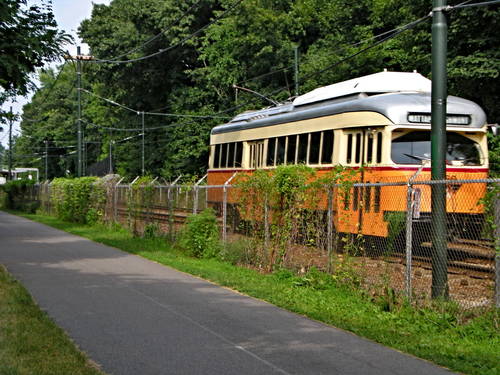 This subway line is operated by the MBTA company. It is located on south of the city and it deceives already with its name, as it is not fast at all. The line crosses the road on several places and you will experience almost a historical ride if you decide to use it because it uses trains made in the 1930s. Very same trains are exposed in station in the city center as historical relics. If you want to see them “in action” you just go to Ashmont and enter a “fast” train. You will move back in time. Don’t forget to look out from the window, except admiring the interior, as it passes by a cemetery. 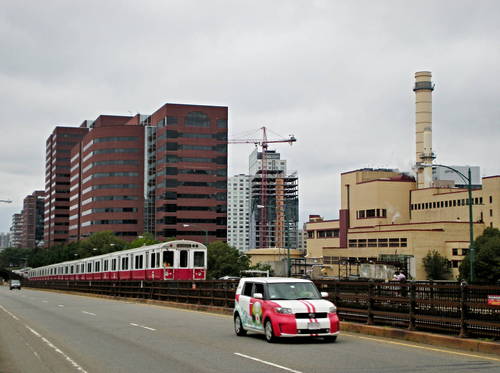