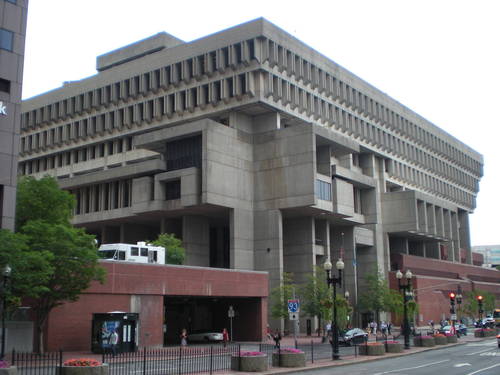 The City Hall is located right in the center of Boston however, it is not the principal reason why it is hard to miss. This hideous building will strike everyone for it reminds one of some edgy UFO that had landed right in the center of the city. This building is in a perfect contrast to Faneuil Hall right across the street. Orwell’s Ministry of Truth in his 1984 could look just like this. The City Hall was constructed towards the end of the 1960s by the architects of Kallmann, McKinnell & Knowles. The style in which the city hall is constructed is called brutalism for narrow lines, vastness and concrete are main features of it. Buildings made in this way resemble unconquerable fortresses and massive blocks. Boston City Hall looks unpleasant from outside and inside it is grim as well for outside sternness of the building is same in its interior. Moreover, security checks, omnipresent bad illumination don’t give you feeling of cheerful atmosphere either. No wonder, the people of Boston are indecisive towards the building. The city hall is often motif of jokes and the mayor himself tended to demolish the building. Also, the city hall was declared the most hideous building in the world in one Internet survey in 2008. After this survey, the mayor changes his plans and claimed it means there is everything in Boston: historical places tightly related to foundation of the United States and even the most hideous building in the world. 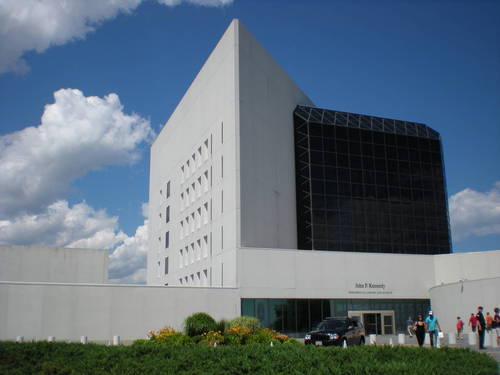 JFK Library and Museum looks like the prow of a ship above sea in Dorchester, one of Boston’s districts. The building was opened in the year 1979. There are not only documents related to Kennedy administrative but also books of Ernest Hemingway. Originally there was supposed to be erected a building of Harvard University. However, long delays and disagreement of locals caused it was moved on a seashore, aside from top tourist attractions but it is still worth seeing. The architect of the building, I. M. Pei, made it of concrete and glass, the materials would be fundable according to his budget. Whtie façade and dark glass are a great combination. The permanent exhibitions in the museum show items and speeches having something to do with Kennedy. There are also dresses of his spouse, Jacqueline, and documents related to the space program (including the first American spaceship, Mercury-Redstone 3). During the summer months, Victura, a ship of Kennedy, is exhibited behind the museum. A beautiful boardwalk will take you back to the city. 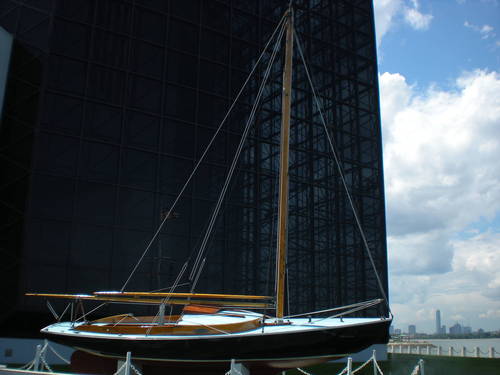 The Institute of Contemporary Art (or ICA for short) is another remarkable building in Boston. The exhibition halls were designed by Diller Scofidio + Renfro studio. The project was finished in 2006. From the first glimpse at it you feel like you have been just invited there. Towards Boston port there go gentle and wide stairs, an ideal place for reading or some meetups with friends. Even while you are inside the building you won’t notice crampedness. A large glass elevator will take you to the highest floors. There you will see vast exhibition spaces, glass corridors and also a famous hall that looks like if it was tipping out of the torso of the building. Large frontal window is pointed towards the sea and some weaker natures may feel dizziness. 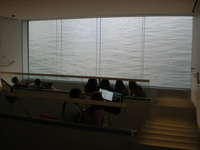 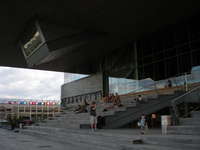