The famous company Apple was founded in California. Also Frisbee was invented here and the legendary Barbie doll was designed and manufactured here.

And in the Californian city of Anaheim the first modern amusement park in the world was founded. Every kid want to visit it - Disneyland. 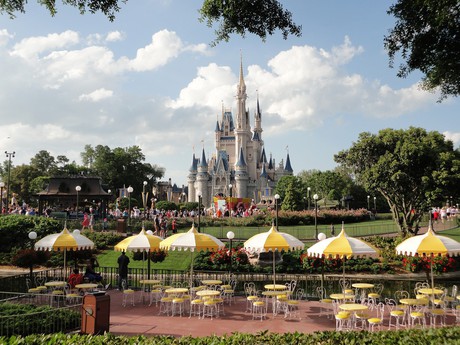 Anaheim is situated in Orange County, southwestern part of the state. The name sounds German and it truly has German origin. It combines the word Ana, which is local Santa Ana, and heim, which stands for “home” in German. In the late 1850s a group of German settlers bought here land and founded a town. 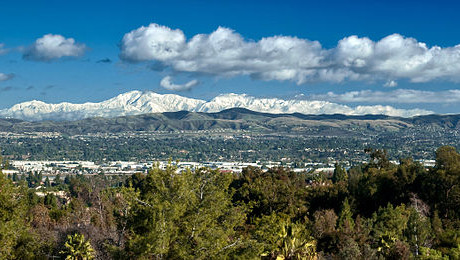 Anaheim was not a particularly important town. The railroad reach the town in 1875. In the late 1870s it saw the foundation of its first brewery. The number of inhabitants grew steadily but Anaheim remained a small town nevertheless. Only towards the end of the 19th century there lived finally more than 2000 people. 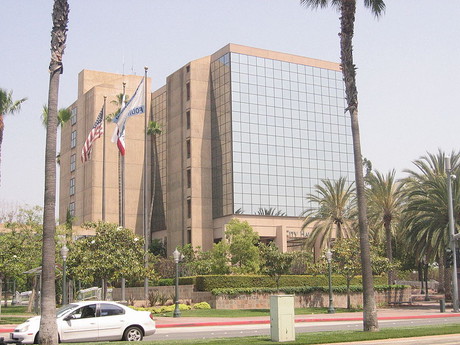 However, since the mid-1950s Anaheim began to grow, rapidly. More than 100 thousand people lived there in the late-60s. Now there live more than quarter of a million in the 80s and in the year 2000 over 320 thousand. Perhaps you already have an idea – Disneyland.

The construction began in 1954. At first, the park should have been much more humble and smaller park which would cover only 3 hectares of area. However, the project got much bigger. Walt Disney bought 65 hectares of land. 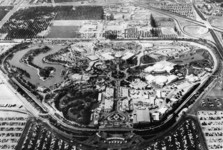 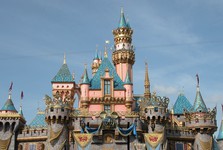 On July 17, 1955 the park was ceremonially opened. TV broadcasted the event which then was pretty unusual thing to do. According to estimations 30 thousand people were present at the ceremony. The event made the park famous and later it would change its immediate surroundings as well as entertainment industry. Many later amusement parks were very much inspired by Dysney’s concept.