The park is situated in the east of California state. Its hostile environment nevertheless lures in tourists from all around the world. You can go there on any day of the year. No shuttle transport operates there. You need your own car (or be a part of an organized trip). Ideally, you get into the park in fall or winter. In these seasons flowers blossom. Moreover, you would avoid extreme temperatures which really are not suitable for everybody. 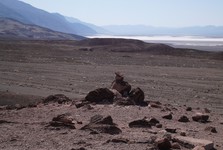 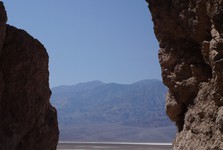 Death Valley is the largest national park in the continental United States. If your plans include other national parks in the country than buy the America the Beautiful Annual Pass. It saves you a lot of money and grants you access to many national parks and nature reserves. It is valid for one car only and costs 80 dollars (you can however buy it cheaper - after other tourists who don't need it any more). It is valid for 12 months. 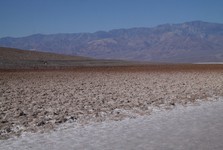 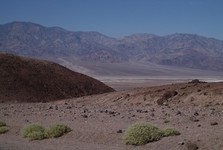 It is the lowest place in North America. Badwater basin, a salt lake situated there is situated 86 meters below the sea. Death Valley is also one of the warmest places on earth. In summer, temperatures rise as high as 60 °C and 38 °C at night. Dramatic landscape makes it easier to cope with these extremes. The high temperatures here are very dangerous if you are not prepared. You need to drink regularly and have something to cover your head with. Also, any physical activities should be at minimum at high noon. Trips should be made mornings or evenings. 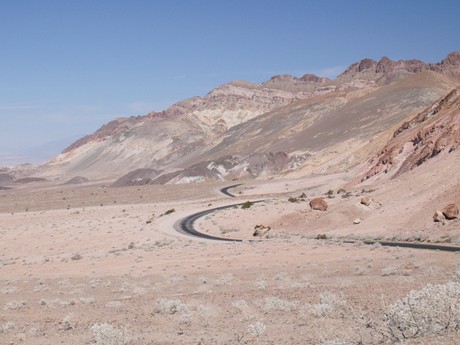 Death Valley is the driest place in North America – precipitation are lower than 5 centimeters a year. The Black Mountains, Panamint Range, and Sierra Nevada are responsible for holding all precipitations and storms. Only winter storms bring rain into the valley. 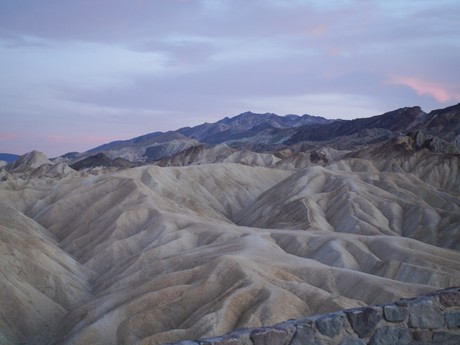 Three roads make an access to the park. Road No 190 goes there from Panamint Springs, crosses the park in the north and then continues to the southeast to Ryan town. Road No 374 is an another option. It goes there from the northwest. You can stay right in the valley either in Stovepipe Wells or Furnace Creek (you need to book your place far ahead). In the latter, there is the main park tourist center including a museum, store, restaurant, a jeep and bike rental, and many other facilities. Moreover, you can rent a horse and see Death Valley on a saddle.

We'll talk about tourist points of interests in this hostile environment next week.