After a cruise down exotic rivers the banks of which are inhabited by mechatronic replicas of exotic animals we move to other sections of the park. Our next destination is New Orleans Square. The square draws its inspiration from 19th century New Orleans. However, the pseudo-historical buildings are not just for show. There are restaurants, stores, and some even offer accommodation. The haunted mansion is one of the attractions there. It looks like a typical southern bourbon villa. Greek-like columns make the front of the structure. 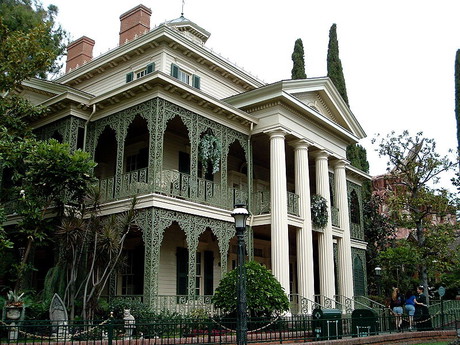 Once you enter a deep voice introduces you and veils you to spooky atmosphere. Then a scary walkthrough follows. There are couple of jumps scares, however, the attractions does this in pleasant humorous tone.

The Pirates of the Caribbean has bit different spirit. You board a small boat 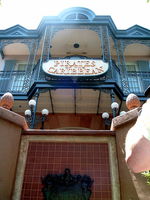 takes you to the 18th century Caribbean. The atmosphere is overwhelming. First of all, you sail along life-size models of the then Caribbean houses, mansions and huts and you hear the then music playing in the background.

Easy sail becomes more thrilling once you sail into the cave. A pirate skull welcomes you there. Pirate songs play there and there are dioramas from the life of pirates. There are skeletons of pirates who

probably fought over some treasure. Then there is a huge chamber with huge golden treasure. You also meet the famous captain Jack Sparrow. While holding a golden goblet (most probably filled with wine) he idles on a throne.

The last part of Disneyland we take you to is Fantasyland. Its main feature is the famous castle. The carousel of the King Arthur is an attraction you can find on the square as well as an anvil with the famous Excalibur. Merlin the Wizard hangs around the anvil to help kids to pull the sword out. If they dare to.

The castle seems to be much larger than it actually is which is the result of forced perspective. The main tower is only 23 meters high. The castle is wider on the ground level and narrows down toward its upper section. You can even walk inside for a walkthrough. There are dioramas introducing the story of the Sleeping Beauty as it is her castle. 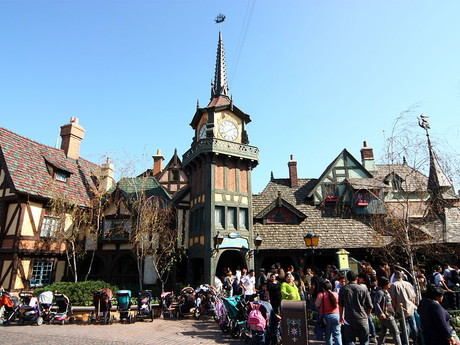 Peter’s Pan Flight is an attraction which mostly children will enjoy. Carriages that look like air sailing ships fly over the model of London while the film music sounds in the background. There are also parts inspired by the Peter Pan movie.