California is also famous for its science – there is the prestigious University of California in Berkeley and not only film stars like to buy houses in the rich neighborhood of Beverly Hills.. 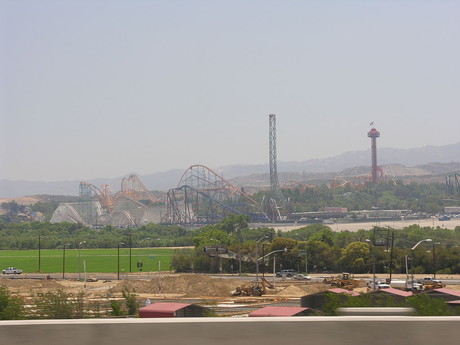 v around the world. Foremost example of this trend is Hollywood. Its movies have been popular all around the planet and inspired establishment of large movie industries such as Bollywood in India or Nollywood in Nigeria. Next there is videogme industry. Its most famous studios reside in California. And last but not least, world best theme parks are in California. We told you about Disneyland already for it is probably the best example of this.

Today we introduce you another park. And we are sure many of you know it already. If you know Step by Step TV series then you can see the park in its opening credits. Main characters are having great tieme in some park with rollercoasters. We are talking about a theme park with the largest number of rollercoasters in the world – Six Flags. 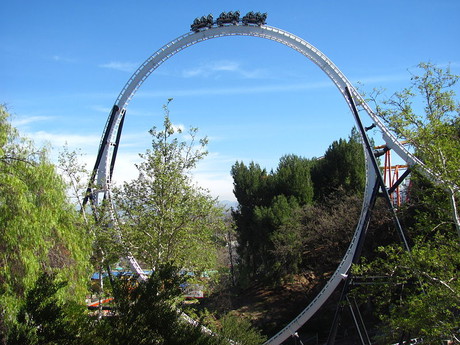 Since its opening in 1971, more than 19 rollercoasters have been built plus you have to add a number of other attractions. However, rollercoasters are the main thing why people actually travel there. Consider one of the newest additions – Full Throttle. Its nothing for you if you faint easily. It has world’s longest vertical looping (49 meters). You cart drives in the speed of 110 km/h. 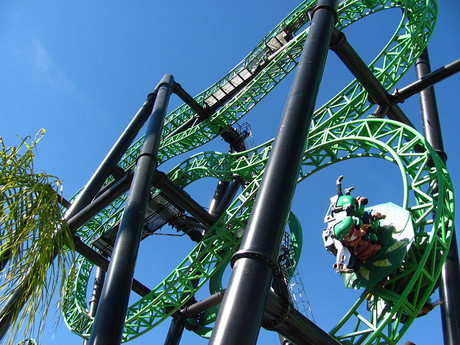 Moreover, there are couple of rollercoasters inspired by the DC Comics’s universe. Green Lantern First Flight is slower (60 km/h) than Full Throtle, for instance. Yet you should take a look at a picture included in the article. You will immediately recognize why it is no less thrilling. We think two minutes of ride are just enough..