These islands create borderline between the Gulf Mexico and the Atlantic Ocean. Locals don't refer to the north or the south of the island but rather the Gulf and the Ocean side. For a long time, the islands were accessible only by boat. However, architect Henry Flagler designed an oceanic railway which connected the islands in the beginning of the 20th century. You may see what remained of the railway on Bahia Honda Key. The old railway bridge is paved with asphalt for the railway was rebuilt into freeway. Right next to it there is a new bridge, now a part of Trans-Oceanic Highway 1. It has two lanes in both direction. Don't expect to cross the 160 kilometers any faster than in two hours for the speed limit there is set to 80 km/h. The highway goes through many islands of different shapes and sizes. It is a great scenic ride. 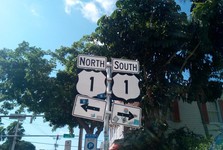 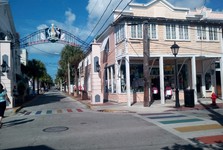 Key West is very attractive for tourists. Other islands put quite a competition by offering different attractions. Key Largo is the very first island you encounter when cruising the ocean. Swimming with dolphines is the thing around these parts. Yes, it sounds great. But it is not cheap. I got an offer for 180 USD but you can buy a ticket even for 140 USD. 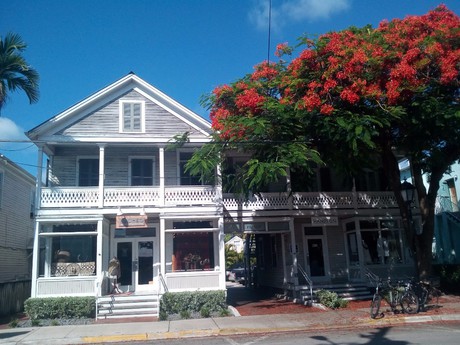 In case you feel hungry and happen to be on the way to Islamorada island search for Whale Harbour Restaurant. You will enjoy the food there. A timbered restaurant serves delicious meals. It is located in a quiant harbor. Wharfs, boats, and signs with different inscriptions, aritifical shark hanging down from the tail. You will like it there. 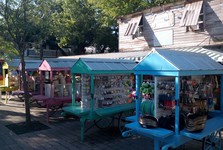 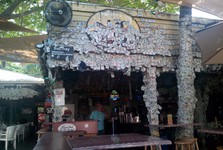 Marathon is another island you have to visit as it features one of the most beautiful beaches on Floriday Keyes. It's Sombrero Beach. It is situated on the western projection of the island. This quiet place, without bars. Only sea, sand, and beautiful playground behind the beach. Also, people who enjoy voleyball and paly a game there. There are three high palms on the westernmost projection of the beach. The place is sort of romantic. I am not even surprised that we saw a wedding there. 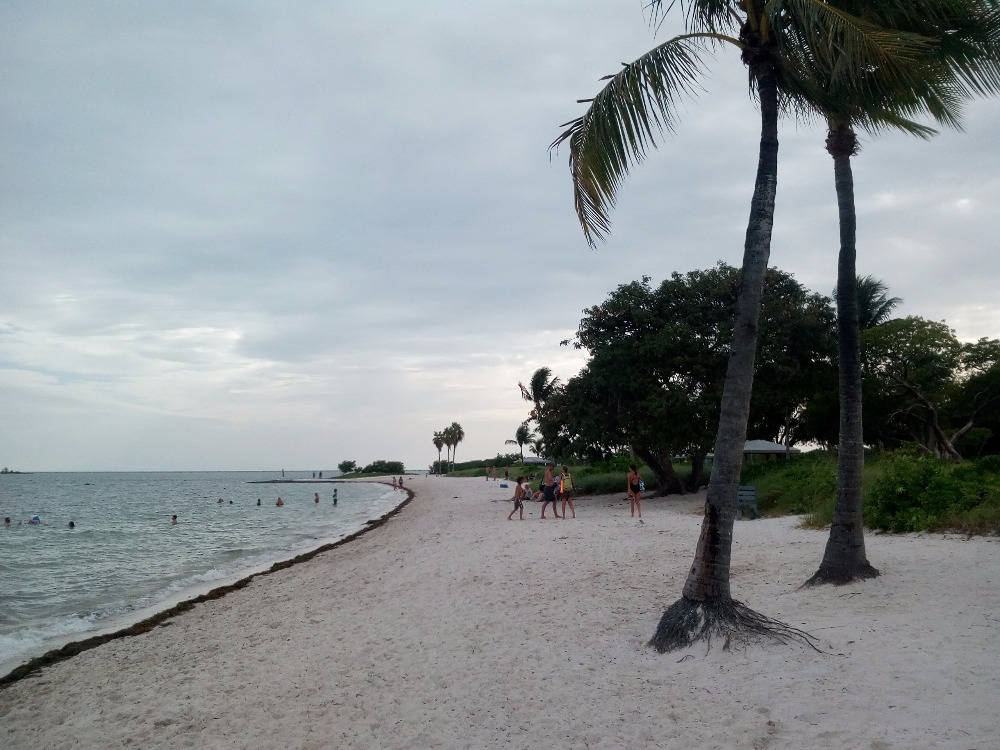 Next stop: Key West, once the largest city in Florida. Its location (150 kilometers from Cuba), trade with Cuba, Bahamas and other countries flourished (imporant trade route crosses the peninsula). Valuable items from shipwrecks were main articles traded. However, ship accidents on the sea became less common thus there were not so many things to trade with. Key West's fame faded. However, the city kept its spirit. Hit the streets and enjoy beautiful houses lining the main and side streets. Once you enjoyed the vibe go and rest on some of island's beaches. 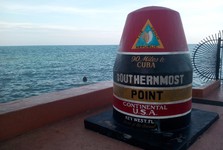 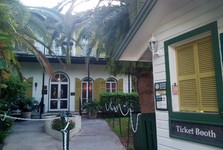 Key West is the place where Ernest Hemingway spent part of his life. Now, there is a museum on Whitehead Street. To follow his footsteps go to Sloppy Joe's Bar on Duval Street, the main night life street. You can be sure of life music and good beverages. If you don't like the music genre, go to the bar next door. You will like it. Have fun!