Concrete destination for us today is Islands of Adventure. It was ceremonially opened in 1999 in Orlando. The city of two hundred fifty thousand is also called „the theme park capital“. It is simple why. Nowhere in the world there are so many theme parks around a city. Moreover, five of world’s ten most visited parks are in Orlando. 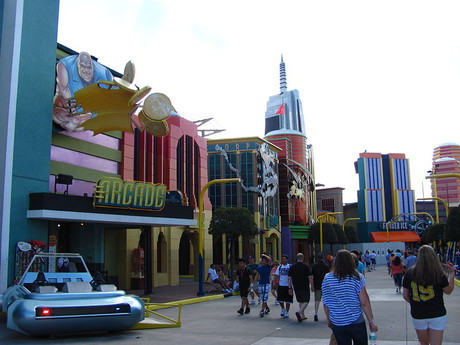 If you are packing your coffers already to spend a vacation here or move there. Next to Islands of Adventure are other parks such as Epcot, Magic Kingdom, Legoland, Universal Studios Florida, Aquatica etc. Orlando is the place where you wont get bored. At least until you have something in you wallet or bank account.

More than sixty million tourists visit these parks every year. It is self-evident than that the tourist industry is the main source of income for the city. Thanks to the theme parks, the city treasure, therefore, easily gets around 30 billion dollars a year. 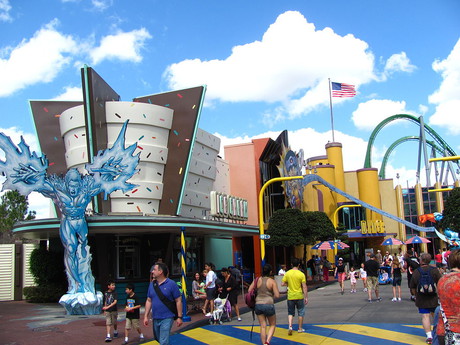 But let’s see the Islands of Adventure. Its motto sounds: “Vacation like you mean it.” So let’s take a look what actually buttress this bold claim.

The park is divided into several “islands”. Maybe you remember the DC Comics themed attractions in Six Flags Magic Mountain. At Islands of Adventure there are attractions devoted to Marvel’s heroes. The creators really did they homework. The attractions have the visual style of the comics. For instance, the lines and edges are exaggerated. 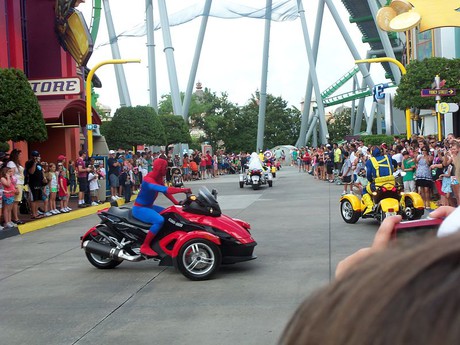 Special coating is applied to attractions. It changes color according to the angle from which it is viewed. The whole illusion of being inside a Marvel comics is more enhanced by generic logos on buildings such as “Store” , “Food”, “Comics” etc.

One of Marvel island’s main attraction is The Incredible Hulk. This incredible rollercoaster has a fast acceleration to 65 km/h and continues up to 100 km/h. Truly incredible. 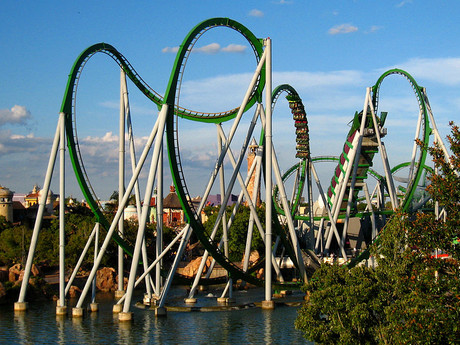 The rollercoaster is bit more than one kilometer long. There is also a zero-gravity roll. Other rolls will make you realize that one minute of ride is just enough.