As mentioned before – you can improve your experience either by good planning or with pockets full of money. Nobody probably wants to spend time at the park in long lines. As tourists from theCzech Republic and Slovakia we have usually disadvantage for there is tim only for one time at the park. Local inhabitants have advantage for they can make several shorter visits at least crowded hours. Which is almost an ideal option. 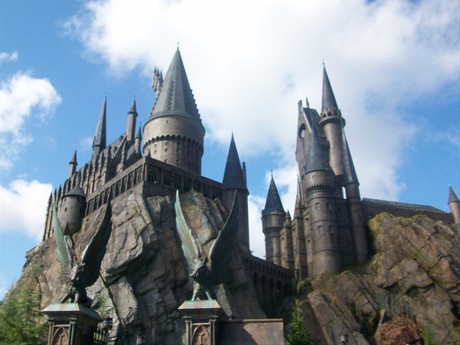 Six years ago a new section was opened. This one is full of magic. It is the The Wizarding World of Harry Potter Many have fallen for the magic of the seven part series of books (and eight movies) by British author J. K. Rowling. Then, after she was rejected by many publishing houses, a new cult fantasy series was born. Its fandom is comparable to the titans of fantasy such as the Lord of the Rings and the Song of Ice and Fire.

Universal Studios is the company which owns the Islands of Adventure. They invested 200 million dollars to built the Harry Potter universe. The money was surely well spent. 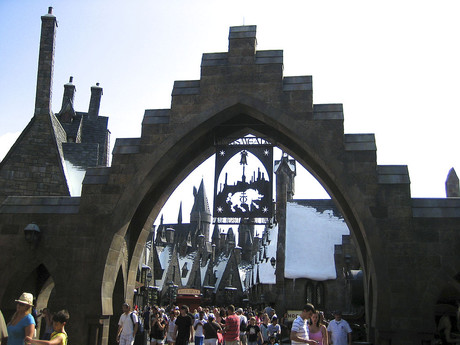 The detail invested into the recreation of Hogwarts is amazing and it goes in line with the movies. Those of you who know the movies are going to feel familiar here. There is also the Hogwarts Express (you can ride it) waiting for you at the entrance to Hogsmeade. In the books, the Hogwarts students boarded this train at 9 ¾ platform at King’s Cross. Hogsmeade is the village where the Hogwarts students did their shopping and drunk butterbear. Well, don’t you want to taste this delicious beverage? We have good news for you – you can drink it at The Three Broomsticks. 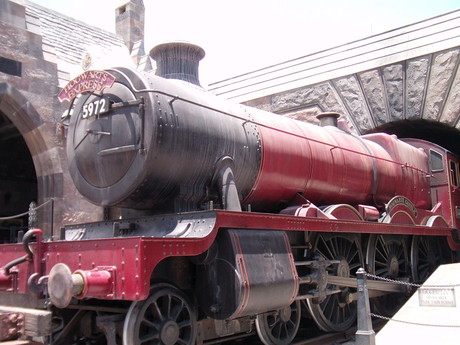 There five main rides in the Harry Potter world. Harry Potter and the Forbidden Journey is the most popular. Unlike other grand rides in the park this one is not a rollercoaster. However, the feeling is similar. 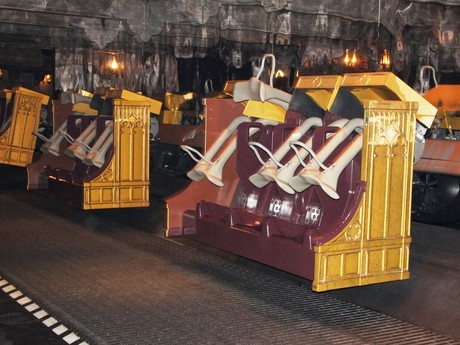 Take a seat in seats attached to a large robotic arm. It does all the tricks. Once it starts, the story tkes you first to Hogwarts castle around which you fly. Then you fly around the famous Whomping Willow . Once you reach a horde of Dementors it will get scary.