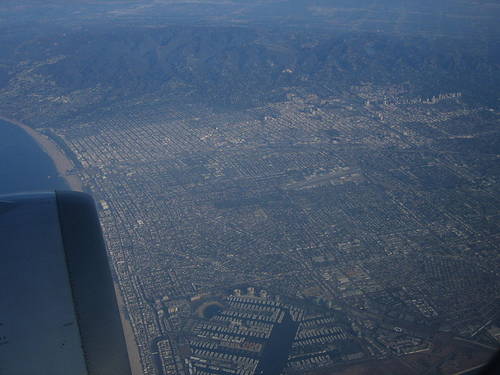 As the name itself suggests, the city has Spanish roots. It was founded in the 1880’s, governor Felipe de Neve until the end of the US-Mexican War, which took place in 1848, was part of Mexico. Fifty years later, the Californian metropolis had a hundred thousand inhabitants, and now, in Los Angeles conurbation, live over 17 million people.

Los Angeles is known for one specific feature because, in essence, it has no center. Surely you see the classic downtown with skyscrapers, but the city itself is rather divided on district / city. Apart from famous Hollywood or Beverly Hills there is also infamous Compton . Just Compton, which has about 100,000 people, whose average age is oscillating around 35 years old, is one of the neighborhoods in which you do not want to be.

For many years the Compton place where concentrated African American middle class coming from Los Angeles . Their legacy is still evident. Street lined with relatively large and nice houses. However, over time, wealthier Compton exchanged for the more attractive area, which started to decline.

In the United States known for its sports or musical talent. We know, for example, rapper Dr. Dre , someone might have heard of Kendrick Lamar. In the last decade, however, the Hispanic population gradually became dominant. 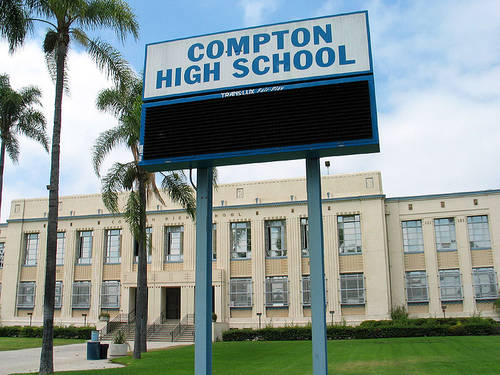 In the 1980’s rappers like N.W.A. in their songs began to spread awareness about the growing crime in Compton. In the district there were many gangs, most of which violence escalated Bloods and Crisps . The situation in the 1980’s and 90’s it became worse due to introduction of the drug known as crack .

Violence related to this drug was the reason for the move of the rest of the wealthier inhabitants. Compton’s social base changed to the lower middle class and poor. The escalation of violence, including a significant increase in homicides resulted in an increase in the number of police officers. Thanks to their efforts, they managed to significantly reduce the number of murders and crime as such. Nevertheless, Compton is a place, which you as tourists should avoid. I was told that "in Compton you even shouldn’t stop on red light." It was a hyperbole, but other people who were there confirmed it for me. Especially for a white man who looks like he is obviously a tourist and rides in a rental car, cruising in Compton can be quite risky.

According to the stats of FBI , Compton is the 8th most dangerous city in the United States.