In addition to the boat, however, in Baton Rouge you can look forward to other interesting things, such as beautiful old villas, including Magnolia Plantation House, which is one of the oldest in the area. It was built in 1791. The Louisiana Capitol or many of the local museums like the LSU Rural Life Museum, which deals with rural life, are also worth a visit. 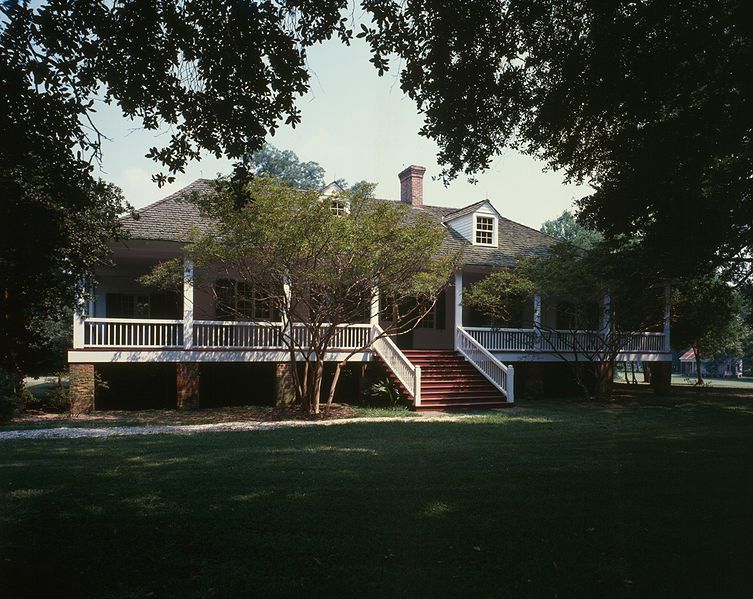 First we will take you to the old Capitol building, which was built in the neo-Gothic style in the mid-19th century. During the war of the North against the South, the building, which rather evokes the castle, was set on fire by unionists and was not repaired until the early 1880s. Then served until the 1930s as the State Capitol. Today it continues to serve the public, but this time as a museum focusing on political history. 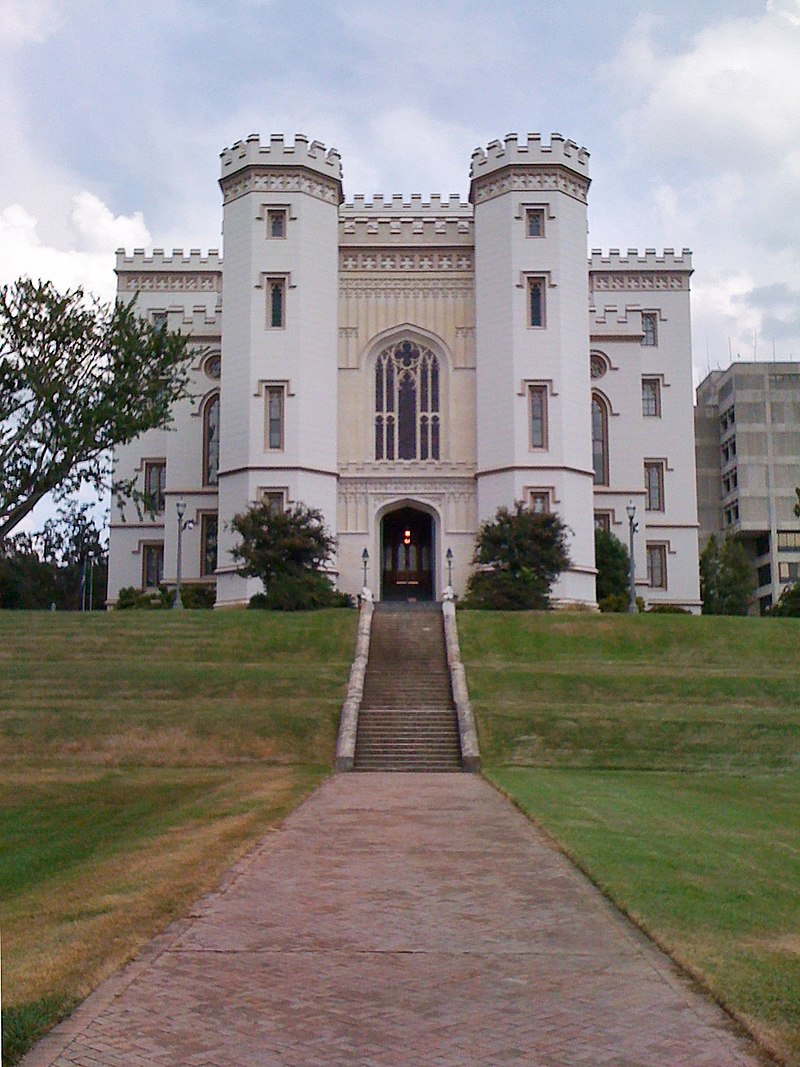 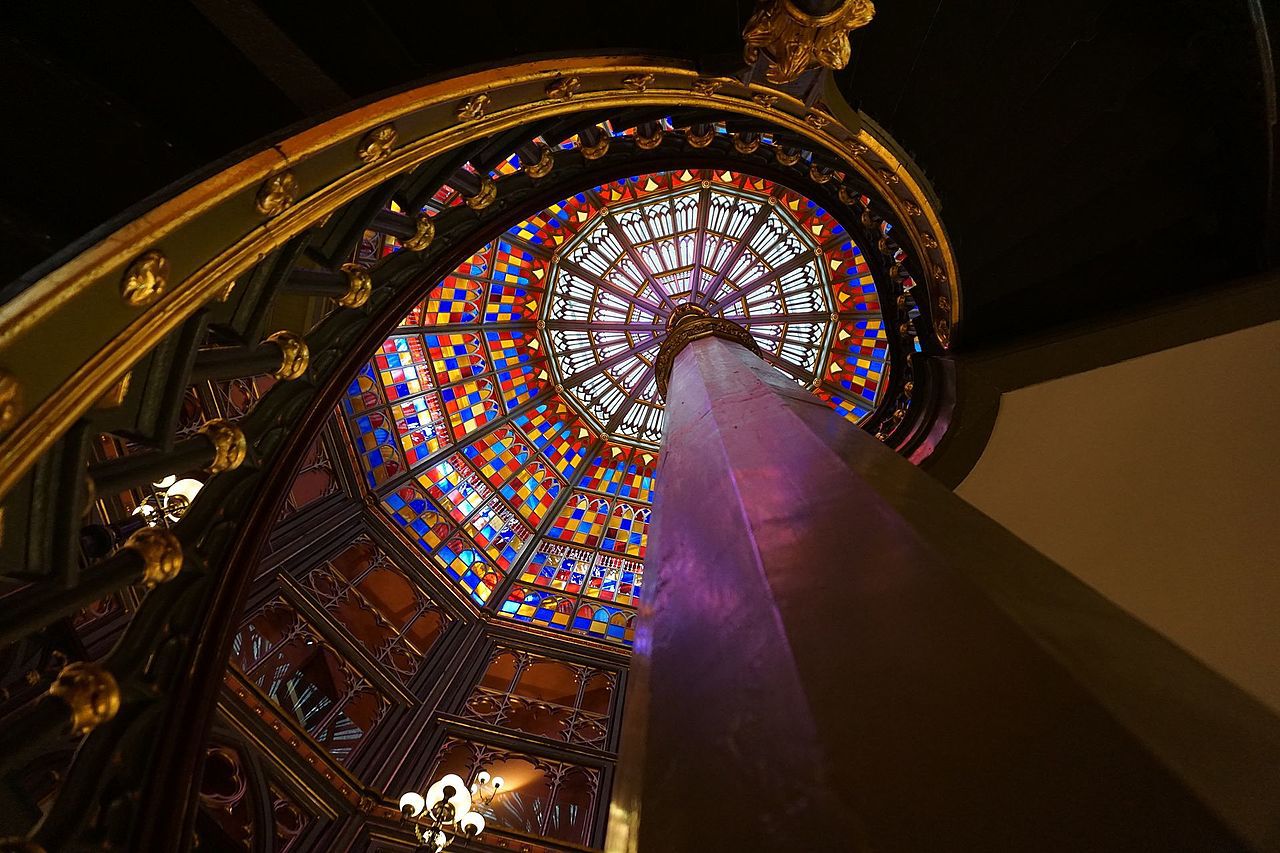 The museum is right for true lovers of American history. For example, one of the exhibitions examines Huey Long, a politician who came to the limelight at the turn of the 1920s and 1930s. This former governor of Louisiana and later a US Senator was one of the few influential American politicians who had real dictatorial tendencies. He even aspired to the US President. The Great Depression of the time and the populist measures proposed by him at the time helped him to fulfill his ambitions. 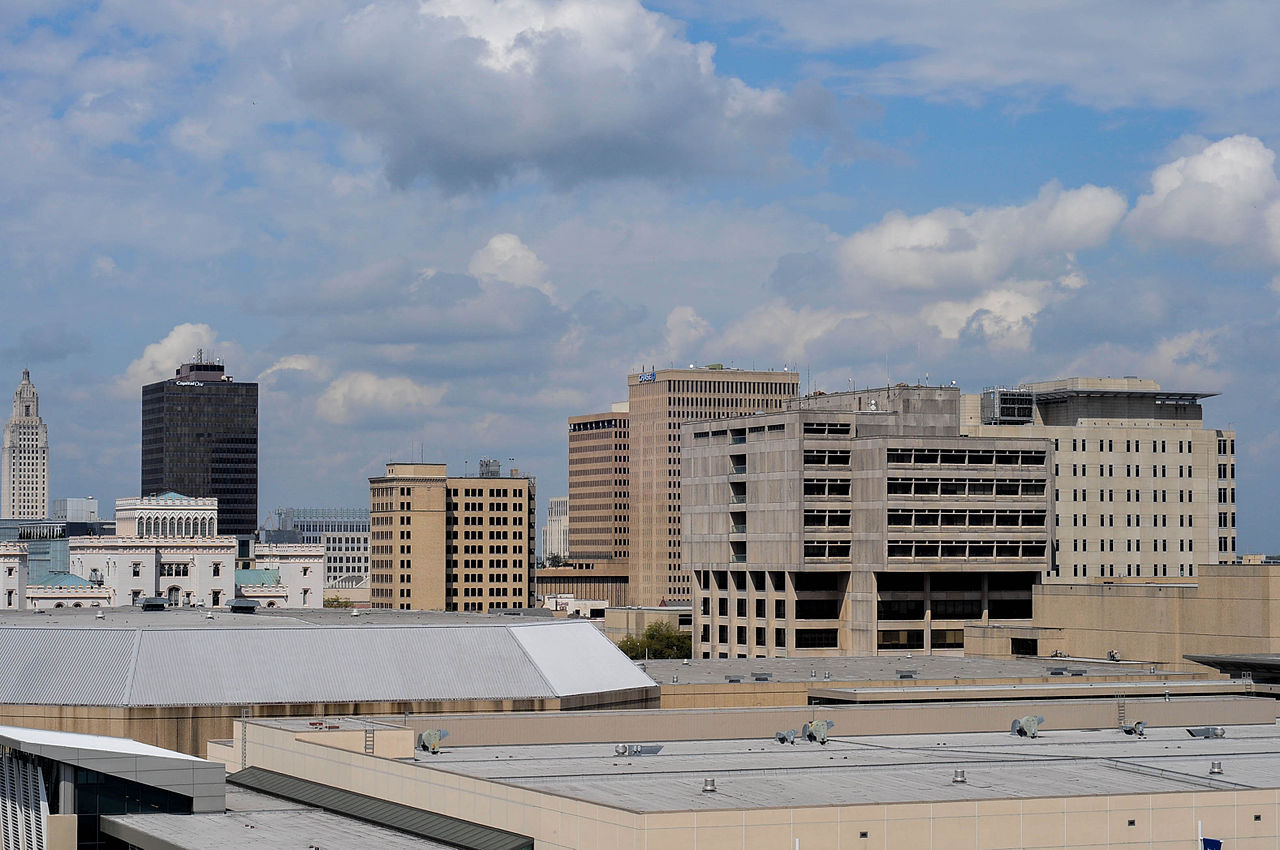 The old Louisiana Capitol, however, fades in comparison to the “new” one that was built in the early 1930s. The building rises to a height of nearly 140 meters and has 34 floors. The exterior is made of limestone lining with scenes symbolic of Louisiana. Inside, marble awaits you, which fits perfectly with richly decorated furnishings. Notice two sculptures outside. One is called the Patriot and the other the Pioneers and are to pay tribute to the indigenous peoples and protectors of Louisiana. 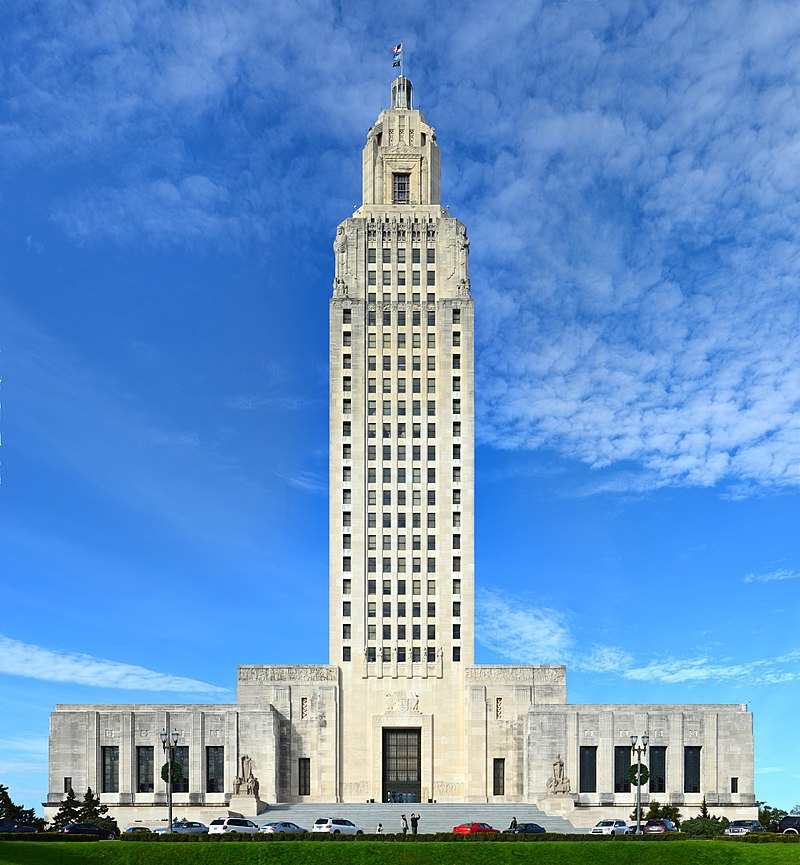 The construction of the monumental Capitol was the work of none other than Huey Long. Long was even assassinated in the same building, and his body was later buried on the grounds of the Capitol. Today, visitors can take a lift to the last floor, where there is an observation point, from which they can enjoy a wonderful view of the whole city. 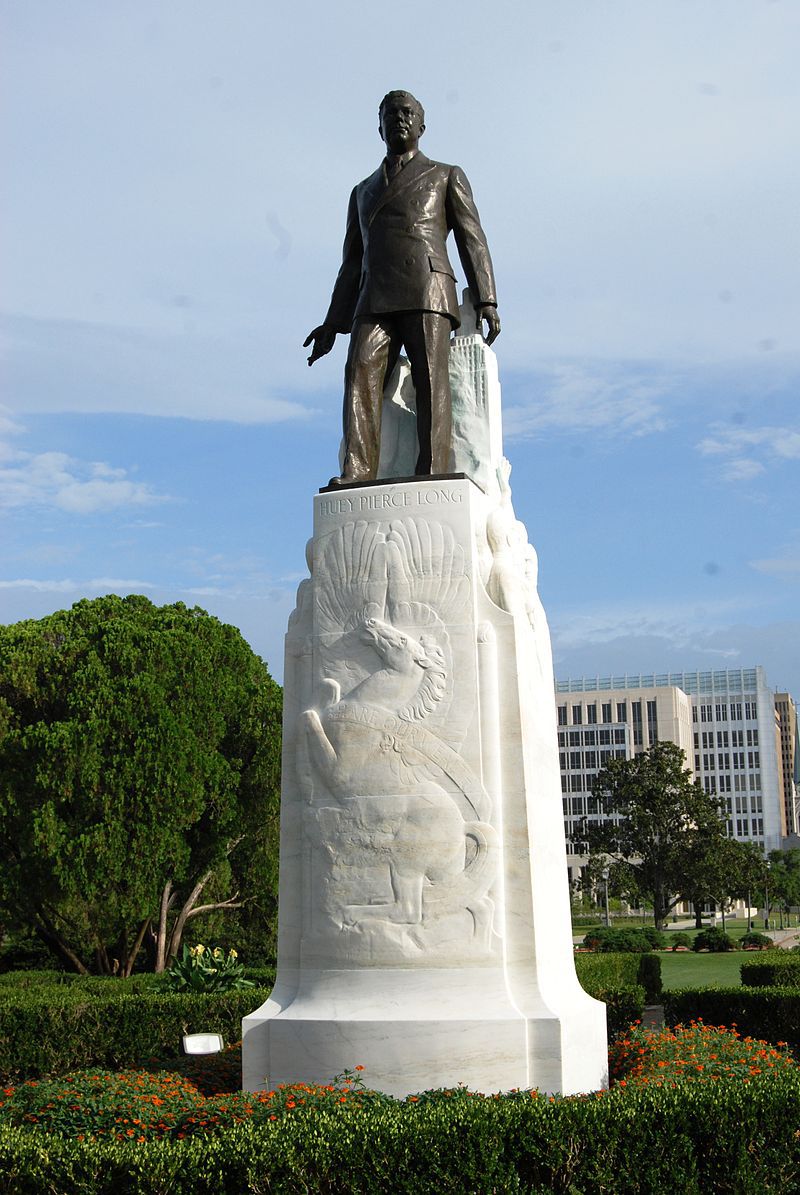 Then we go to the war memorial, which is located on the USS Kidd. The vessel is named Admiral Isaac Campbell Kidd the Elder, who died on the ship USS Arizona during the Japanese attack on Pearl Harbor in 1941. USS Kidd was launched in 1943 and nicknamed it the Pirate of the Pacific. Before she was retired from active service in 1964, she had experienced quite a lot, among other things, she was used to make many war films and historical documentaries. Today you can enter the ship and explore its interesting past. 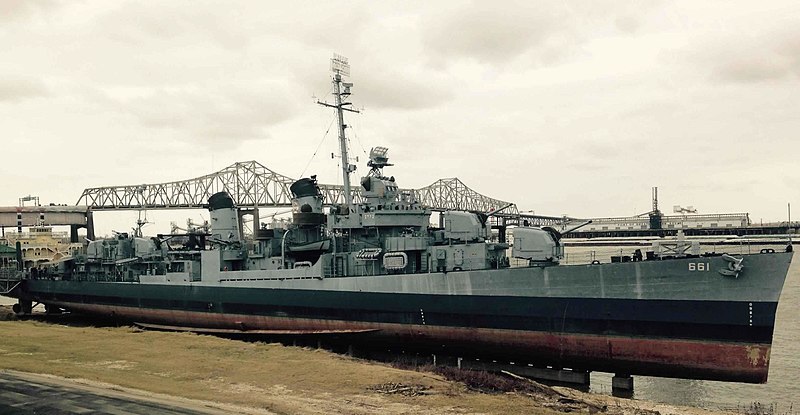