The Statue of Liberty / Ellis Island

The world-famous symbol of liberty and the most famous symbol of the US was originally a French gift to the United States. It was a symbol of friendship between the two countries. The Statue of Liberty is located on Liberty Island. Ferries get here regularly from the southernmost point of Manhattan, the Batery Park. Before you embark a ferry you have to undergo thorough inspection, it is usual everywhere after the events of the September 11th . While I was in the United States, it was possible only to visit the island and admire the Statue of Liberty from distance. This measure was applied after the aforementioned terrorist attacks and also due to the statue renovation. 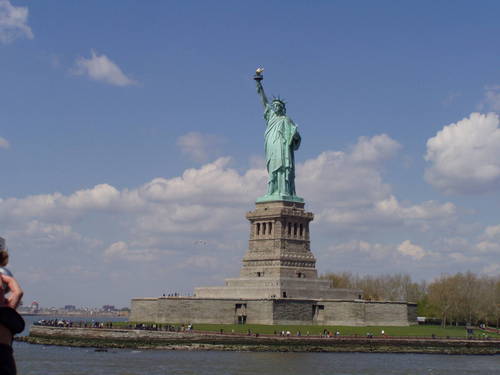 In the present,   the elevator can take you not only to the pedestal but also the crown and torch. The number of visitors is limited per every day and you have to book tickets weeks before. However, you could take pictures and have a nice look at the statue from the island. And a view of the south Manhattan was also breathtaking.

At Liberty Island, a ferry can take you to adjacent Ellis Island, where the Ellis Island Immigration Museum. The exhibition displays lives of millions of immigrants who passed the immigration bureau major immigration influx at the turn of the 19th century.

World-famous Broadway is among north-south oriented avenues on Manhattan. However, it alone has no number and even isn’t parallel to other avenues, it meanders and it crosses several avenues, for example it crosses Seventh Avenue where the center of Manhattan and the whole world is located - Times Square. 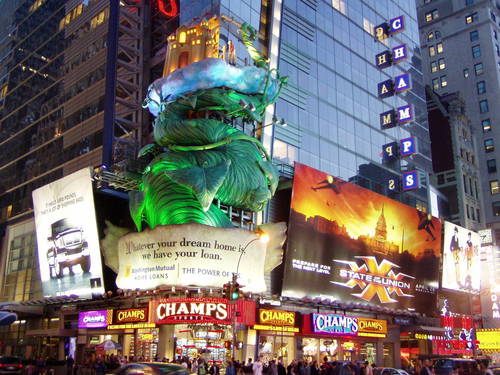 Mostly musicals and comedies dominate Broadway stages. Especially musicals are the top class here and only the best of the best can act in them. Unlike the Czech Republic individual pieces are not focused around famous person playing the main role. Actually, the goal is to be able to manage singing, acting and dncing. Personally I had visited two Broadway musicals – MAMMA MIA! and THE PHANTOM OF THE OPERA. What I experienced would be enough for one article alone. However, the tickets are quite expensive but when you live long enough in New York, you realize you can buy tickets actually very cheap. It is for performances mostly in the afternoon or on weekdays, but you have to be lucky. If you stay in New York only for few days, you won’t be lucky though. Despite this I think the experience would be worth of the ticket price. 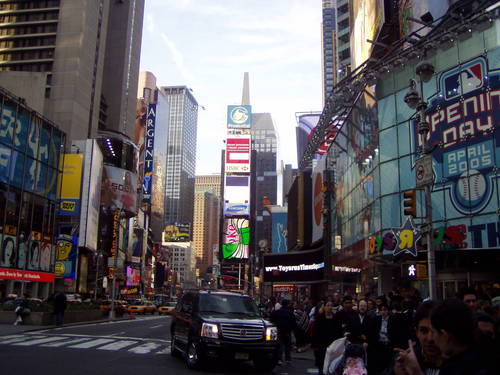 Times Square is in the heart of Manhattan, it is between Broadway and 7th Avenue. Times Square is known as the world crossroad. Many companies and institutions reside here. For it is situated close to the Grand Central Terminal I hadn’t missed it in any of my Manhattan visits. Except of many restaurants and coffee bars we had visited local cinema several times. When we were lucky and a movie was projected on the top floor we got there by escalators with glass walls. A ride with a view of Times Square was wonderful. We had also visited the Madame Tussauds Museum. Wax figures of famous people from all-around the world are displayed there, also one persona from the Czech Republic was there, Martina Navrátilova, a tennis player. 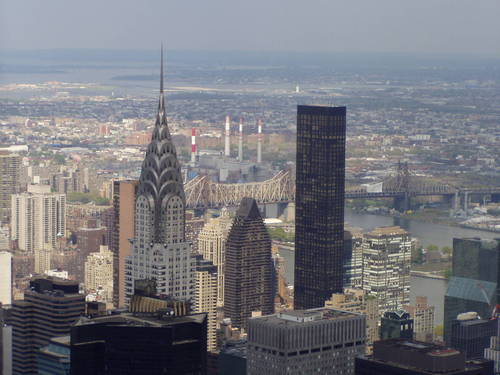 Often, there was local entertainer of tourists - – Naked Cowboye who plays guitar and, if you put some coin into his shoe, he would pose for you. In the Manhattan’s center, you can visit well-known Rockefeller Center. During the Advent, the world’s largest Christmas tree is displayed there. Its illumination is a large medial and public event every year. Saint Patrick’s Cathedral is also worth noticing. You may find it on na 5th Avenue and 50thStreet, this particular street will make fresh impression on you compared to modern style of other streets on Manhattan.

I could write a lot about various famous Manhattan’s hotels, parks, shops, bridges, which are popular architecture and I had walked across everyone if it had been possible. If I had a chance, I would write about it more in some future article.

In my opinion, New York is the best place on the earth. I was very grateful for great time I had spent there. I believe I will return there one day.