My English knowledge was very limited when I arrived to carry out my au-pair duties and I really realized it when I first stepped on the foreign soil.

Pittsburgh is located in the northeast of the US, it is the second largest city in Pennsylvania, larger is just Philadelphia. It could be claimed these two cities make borders of the State of Pennsylvania. Philadelphia is located in east and Pittsburgh in west. The name of Pittsburgh is derived from the name of William Pitt, a British Prime Minister. Pittsburgh is located on the meeting of the rivers – Allegheny and Monongahela, the flow of the river onwards is the Ohio River. It is very interesting that the downtown is situated just in this „triangle“ between branches of both rivers. Right on the meeting there is a beautiful fountain. It is depicted on almost every postcard you can buy in Pittsburgh. Unfortunately, the fountain didn’t operate when I visited the downtown for several times. Perhaps, it is turned on only for special occasions or photos to tourist guidebooks. Actually, there is a special name for this unique geographic location of the city’s downtown, it has been known also as „The Golden Triangle“ . 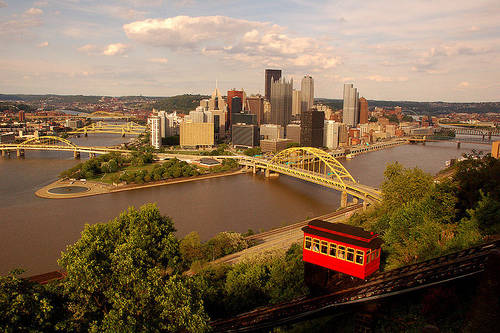 Unlike New York, Washington D.C., San Francisco and other well-known American cities Pittsburgh is not that attractive for tourists. There is no world famous building teasing millions of tourists from all around the world. Personally, I thing Pittsburgh is known in the Czech Republic mostly thanks to Jaromir Jagr had played in Pittsburgh Penguins’ dress since 1990 to 2001 and in the years of 1991 and 92 he and his team won the most precious hockey prize in the world the Stanley Cup. During my stay he hadn’t played in Pittsburgh. Despite this local hockey fans hadn’t forgotten him and in every occasion I told them about my country they mentioned his name. Since I had stayed in Pittsburg during summer when there are no hockey matches, naturally I couldn’t visit any. Regardless, I had visited his arena – CONSOL Energy Center - at least, 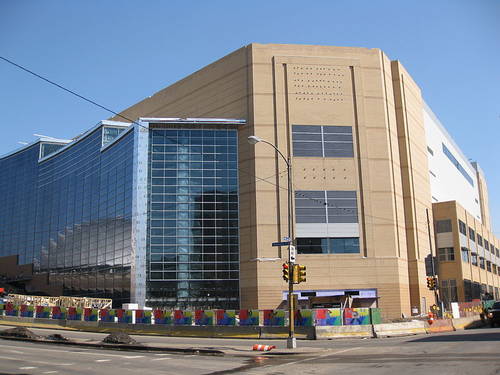 But there is one thing in witch Pittsburg is first. There are exactly 446 bridges across local rivers. Considering they are in one city it makes one of the densest places in the world. The bridges are not so opulent and huge as in New York, thus tourists don’t seek to visit them. They serve for cat traffic.

What’s worth visiting in Pittsburgh is the Mount Washington view. Monongahela Inclines cableway will get you on the top. It resembles the Petrin cableway in Prague. There is a magnificent view from the top of the Golden Triangle and its fountain right on the rivers meeting. The whole center is located within this golden triangle. 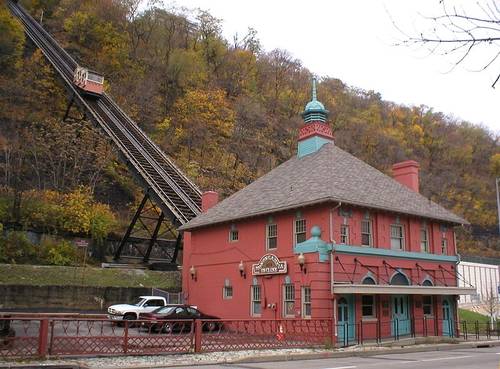 Among other interesting landmarks there is a ZOO and an aquarium, next also the Andy Warhol Museum, Carnegie Museum of Art and (in case you 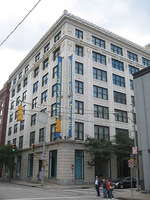 travel with your kids) Children´s Museum of Pittsburgh where children have fun all day long.   Also you can take a boat cruise in the downtown area. You can see the meeting of both rivers from real close and fountain, the downtown and bridges connecting downtown with other city districts as well.

Those who love sports will also enjoy Pittsburg. Except of the hockey team Penguins where Jaromir Jagr got his fame, the city also hosts Pirates, a baseball team, which has home in the PNC Park stadium, on the Allegheny riverside. I had an opportunity to visit one match, Pirates v. Clipers of Los Angeles. Personally, I expected larger fan support for I got feeling that most of people come to stadiums to eat, chat with friends and they are not that interested in the game itself. Also, a popular American football team, the Steelers, has their home here. They play their home matches at the Heinz Field stadium. 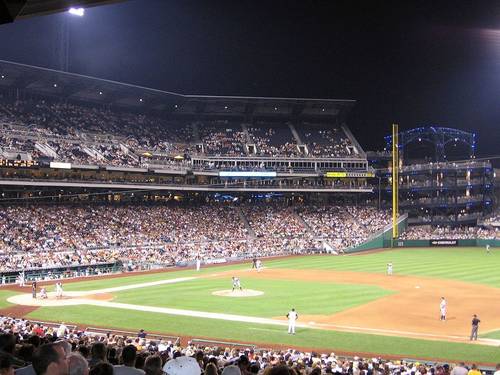 Also, Pittsburgh is a university city for University of Pittsburgh has its main residence here in its dominant Cathedral of Learning building. And private Carnegie Mellon University resides in Pittsburgh as well. 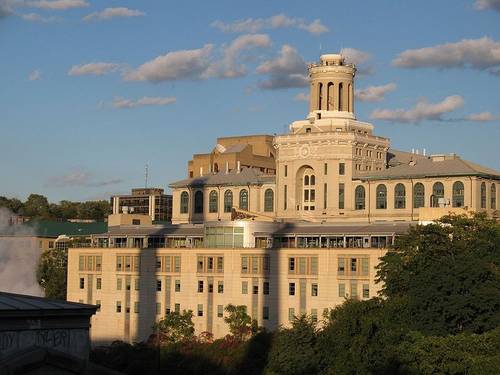 If you want to enjoy bit of fun and adrenalin I recommend you to visit the Kennywood amusing park, which is located east from the downtown at the Monongahela riverside. Rollercoasters, carousels, and many other attraction for grownups as well as for children will pump your adrenalin. I had spent whole day there with my host family. 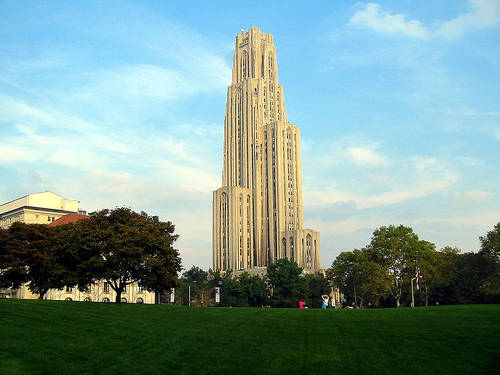 Nevertheless, I can claim you will experience real American life in Pittsburgh – large houses and even larger gardens, big cars, multiple lane highways busy no matter when, kind officials and shop assistants. Although I liked New York more I don’t regret my stay in Pittsburgh at all.