Last time I ended the article with exploration of the basement which dedicates part of it to the legends of science-fiction. This exhibition, however, continues in another that is common for more people. It is horror.

It is interesting that for many horror movies and books are attractive. The greatest plots of this genre are usually surrounded by mystery that we as audience unravel until we reach scary point.

The exhibition itself contains several ideas why horror is so attractive genre despite it wants to scary us, and many more sensitive people remember it well after they experienced it. There are many legendary works of the genre, which are all of American origin.

When you go through the exhibition you would remember many B movies that, at least from my perspective, have magic of their own. Sometimes they are pleasant yet little bit scarry part of some rainy day or long winter night. Among them are, for example, over exaggerated Hostel. However, the exhibition doesn’t forget to mention very well-known and valued representatives such Aliens , a sci-fi horror series.

Like at fantasy or sci-fi exhibitions there are many movie costumes and models. It is worth seeing them from up-close. 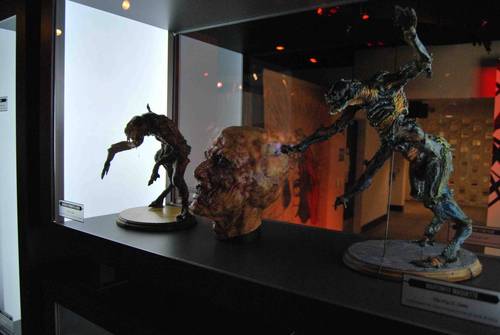 However, as a whole the museum is focused on music. When you get from the sci-fi and horror part you can immerse into music. There are many legends who came from Seattle among them, of course, Jimi Hendrix and Curt Cobain.

There are two whole exhibitions devoted to both artists and their bands. Except photographies you can see newspaper articles that will shed a light on events happening around both musicians.

When you would explore exhibitions you wouldn’t miss interactive biographies. You can listen to some well-known songs or read about musicians‘ lifes. Also you would encounter very distinct clothing that Jimi Hendrix was wearing during his performances. Also you would see various artefacts related to Nirvana and Curt Cobain such as his notes etc. 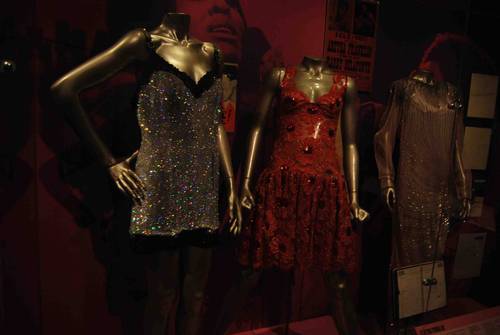 The second floor of the museum is devoted to women music legend of the U.S.. You can hear Tina Turner, Cher, Janis Joplin... You would walk along their costumes and short bios.

The peak of the whole experience is a part of the museum with musical instruments such as drums, guitars, keyboards or microphones that just ask you to be as musically creative as possible.