en.infoglobe.cz » USA: Yosemite National Park - A Paradise for Mountain Climbers and Holidaymakers I

Large share of the nature here is accessible only on foot. However, you can easily get inside the park by car. There are basically three options depending on the direction you are heading from. From the west (from San Francisca) goes the road No 120 (across the entire park). The road No 140 stretches in the south and also gets you to the park's center. Should you travel from the national parks in the south such as Sequoia or Kings Canyon then you should take road No. 41 which goes across Fresno. Be ready for some sharp turns. 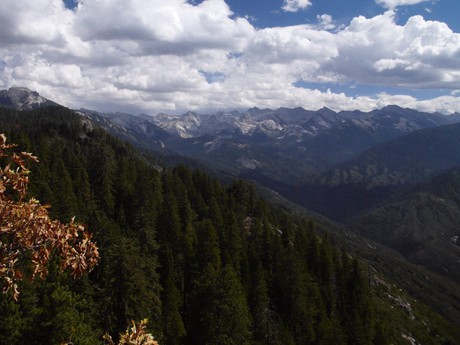 There are many camps of acceptable capacity. Also, you can find accommodation in hotels and motels. However, it is problematic during the months of summer. We did not book our place in a camp in advance, therefore there was only one place left for us at the edge of the park. Bear in mind that this is the region where bears live -  it means that you need to hide all your food into designed boxes the so called bear boxes. Additionally, I recommend you to skip Yosemite Village, which is quite overcrowded. Crowds of people can spoil your experience after a day in the mountains. To avoid problems with parking, you can take some of local regular bus lines. 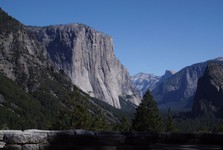 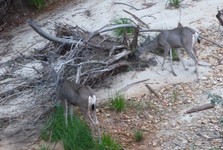 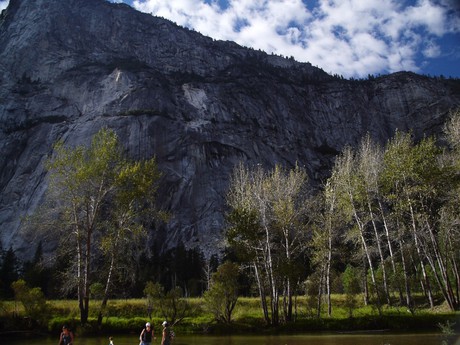 The Yosemite údolí is of glacier origin. It stretches along the Merced valley. You can hardly miss it. The vista is amazing – thick greenery, many large trees. Upon them rise massive granite rocks. It is easy to love this place. Yosemite valley is also significant for the history of climbing. There are easy as well as very difficult trails. Climbers love mostly so called bigwally, i.e. relaly long stretches which require you to stay over night. The valley is also significant for recently popular sport of – slacklining. It was here where this sport was actually founded. While waiting to try another climb climbers made their waiting shorter by walking on chains in a camp, than on ropes. Gradually they beacme slacklining as we know it today. 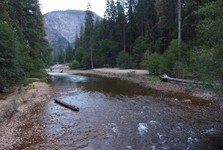 Places worth seeing will be the matter of the article next week.