Bukhara is inUzbekistan’s south-west (around 270 kilometers from Samarkand). The city is a home to more than quarter million people. The origin of its name is not exactly known

yet it is said the name means “fortunate place”. Well, it actually kind of was for it was one of the most important stops on the Silk Road so it brought a lot of prosperity to the city. Bukhara was a true intellectual center of the Islamic world. Many fascinating sights remained in the city documenting its past glory.

Lets start with a major one. Po-i-Kalan is a religious complex around the Kalan minaret, also called the “Tower of Death”. It is because people convinced from serious crimes were thrown from the top and, therefore, executed. Bako was the architect who designed the structure. On the bottom it has 9 meters in diameter and on the top 6 meters. The minaret is 45 meters high and a spiral staircase leads to the top. right next to it, there isKalan mosque. Its dominant feature is the blue-tiled dome. 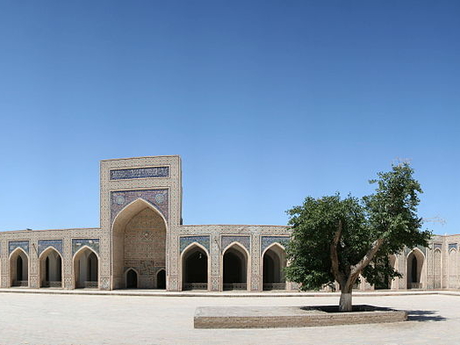 Near Po-i-Kalan there is probably the oldest mosque in Bukhara – Magoki-Attori. Originally, there was a 9th century building and even before it there was a market. A large-scale reconstruction was done in the 16th century. Eventually the mosque was rebuilt to its present shape. Magoki-Attori was a place where Jews and Muslims could pray together in one room. Today, there is the Museum of Carpets. It displays replicas of carpets from what is today Azerbaijan , Turkmenistan, China, Uzbekistan, and other countries. 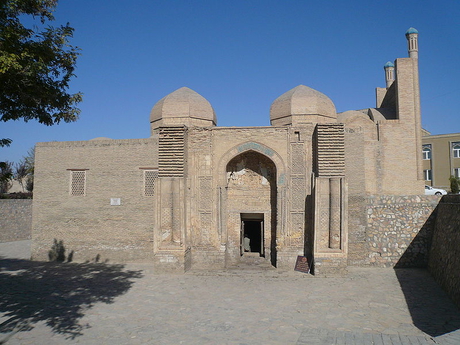 Another important sight in Bukhara is Chor-Minor. This one is bit further from the city center hidden among houses and shops where craftsmen try to sell their hand-made goods. The building was built by Nijaz-kul, a Turkmen caliph, in the early 19th century. The center of the building that is a mosque is surrounded with four towers one in each corner. Every tower has a blue dome on the top but every tower is different. One thesis says they represent four main world religions. Allegedly, you can see Christian and Buddhist symbols on the towers. 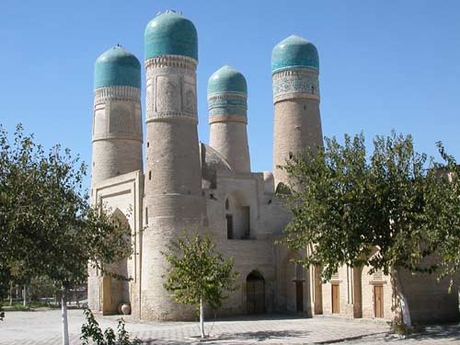 We could go oin in writing about Bukhara as we have mentioned only a fraction of its sights. However, it is time to move on to another Central Asian city. Which one will be revealed next week.