Today Tashkent is our destination, the largest city in Uzbekistan and its capital. So far we have seen Samarkand and Bukhara. Once Tashkent was an important stop on the Silk Road. Unfortunately, there is little left of medieval and ancient Tashkent. This is the consequence of massive construction intervention in the early 20th century and later after devastating earthquake (8.3) in 1960s. As part “brotherly” help, people from all corners of the USSR came to rebuilt Tashkent. 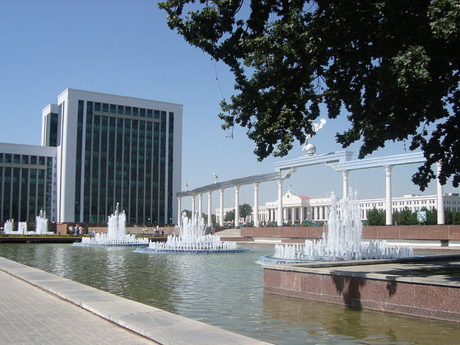 The 1960s is the era that gave Tashkent its current façade. Parks, plazas, boulevards, memorials, and famous building blocks were built then. Thus, a trip to the town wouldn’t get you back to the Middle-Ages. Europe and Orient were in contact but for majority it was hard to get to the either side of the globe. But today in Tashkent you see mostly artifacts from the era of world’s largest empires – the Soviet Union, its times fortunately being behind us. Since 1991 Tashkent has been still waiting for its construction boom which would give the city a new face. 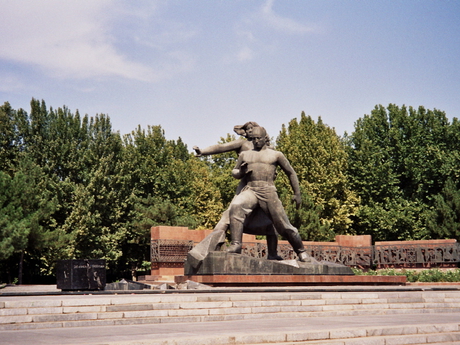 One of the modern memorials is the Memorial to Courage. It will be forty years next year since it was built. It commemorates the terrible earthquake of 1966. The monument is consists of a male and female statue standing on granite piedestal. The pair looks towards a labradorite cube. The cube shows a clock dial displaying 5.24, the time of the earthquake, and a huge crack that widens towards the couple.

One can learn some Central Asia history in the Museum of Timurids. The museum holds and displays over five thousands items such as civil or military clothing, manuscripts, silver and bronze coins, weapons, or earthenware and bronze containers. 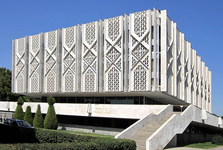 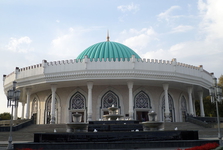 Even older history tells the Museum of the Uzbek People . Displayed artifacts introduce the Buddhist and Zoroastrian eras, some items are as old as from 1st-4th centuries AD. However, it also covers more recent era such as the expansion of imperial Russia.