Usually we explain it as our advancements in technologies in the last two centuries. Certainly, in some sense it made us more developed. Phones, TVs, computers, airplanes, or even movies, photography, or amusement parks are Western inventions. It is everywhere and very visible (think, for instance, that all high-level officials wear suits, a Western invention) and we, therefore, forget about the rest of the world. About ancient civilizations. Europeans mostly think about Egypt, Rome, or Greece. However, ancient empires of Central Asia and their metropolises remain somewhat of a mystery. 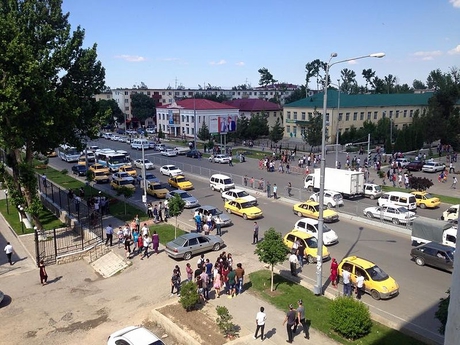 Samarkand is in the southeast of Uzbekistan. Temperatures easily rise above 40 degrees Celsius in this territory. Today, Samarkand is the third largest city in the country. 400 thousand people live there, most of them being Tajiks, a Persian-language ethnic. Samarkand is one of the largest cities in Central Asia. Its wealth laid in its geographical position as the famous Silk Road ran through it. The road was the vein through which Chinese silk as well as other expensive and rare goods were transported from Asia to thirsty Europe. Wealth had been concentrating in the city and you can see some of I even today. Well, lets take a look at one of the greatest sights in Samarkand. 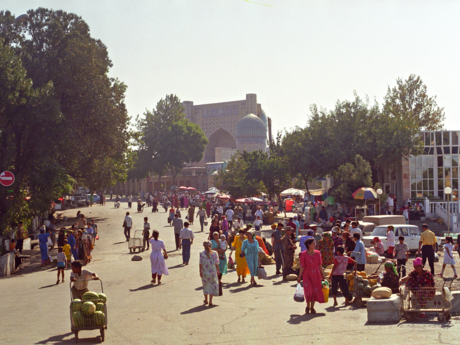 Registan - a place covered with sand – is a large square where once people gathered to see royal messages or wathc execution, a popular free time activity in medieval Europe. People were gathered by huge copper pipes. Registan is surrounded with three Madrasas, a school in Arabic. Close to it, there is the Shaybanidsmausoleum which was completed in the 16th century. 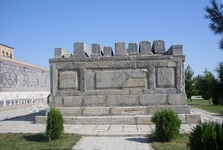 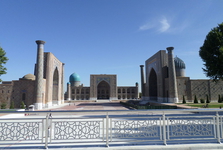 As we already mention mausoleums, lets see another interesting one - Gur-e Amir, which is Persian for a tomb of a king. This one was built in the 14th century being a model for later mausoleums such as Taj Mahal. When you step inside, beautiful decorations charm you. Especially the inner layer of the dome, a 15 meter wide and 12 meters high structure. Also, a monumental mosque is worth visiting. 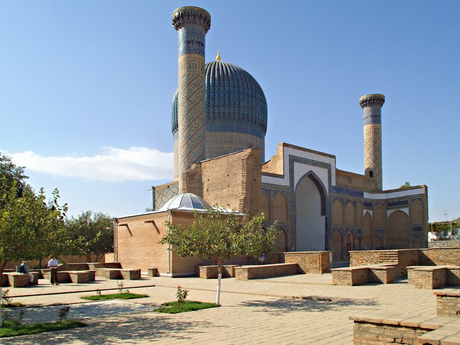 The world of Islam was famous for its interest in science. The Ulug Beg observatory provides evidence for this claim. I was built in the first half of the 15th century. The then astronomers predicted eclipse, or the time of sunrise.

For today, however, we leave this UNESCO World Heritage City. Next time we visit another Central Asian city.