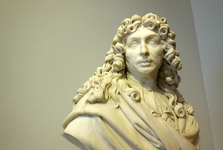 So, this place became starting point for hunting in such big forest. In a period of 1632-1634, the seat was enlarged in such way that in  the village lived nearly 1000 people (at the end of Louis´ life). King´s son Louis XIV. was keen on hunting (similary as his father) but his intensions, how to use this place, were different. So, young King, just from his early youth age, was busy with an idea to leave Paris, after hard experience. With his vision, to establish vast King´s enclave, entrusted with Le Vau (his architect), and Le Notre (his landscape-painter) to transform a castle, together with a park nearby, in magnificant way so, that all King´s Court could be transferred (moved) here. The respective building works were started in 1661. However, from very beginning, in course of first two years, the financial costs were enormously high, causing anguished protests of King´s Treasury Administrator. In spite of these difficulties, the  construction continued, and took more than ten years. In 1667, the digging of Great Canal started. King had continuous troubles regarding water supply into fountains. The park expanded around canal, artificial reservoirs about extention of  280 000 square meters were founded, where several hundreds of fountains drew the water in necessary quantity In 1678, King decided that a Court and a Government will have its permanent seat in Versailles. This plan was fulfilled on 6th May 1682. Luis Le Vau was substituted with Jules Hardouin Mansart (1646-1708). He lived in Versailles further 30 years. Mansart started to build famous Mirror Hall (Galerie des Glaces). 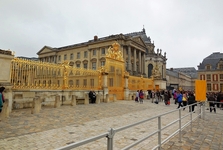 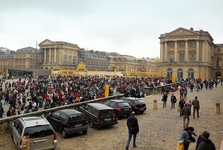 In 17th century, the mirrors were one of most expensive subjects which could be manufactured and bought, at that time-period. The Republic of Venice had a monopoly for a production of mirrors. There is a legend, that Venice-representatives sent their agents to France, in order to poison the workers, creating Mirror Hall. The only reason for this action was a fact of keeping their dominant position on European Market. The dimensions of the Hall are really monumental - making comparison to today´s actual conditions - 73.0 m x 10.5 m x 12.3 m, including decoration of 17 windows, with a view into castle gardens, the mirrors are hanged just opposite them. Ceiling decorations demonstrate Louis´ military success, from Pyrenees Agreement (1659) up to Nijmegen Agreement (1678-1679). The Hall found its purpose, when Louis walked from his private appartement towards a chapel. 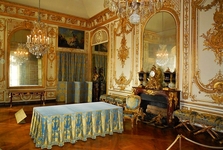 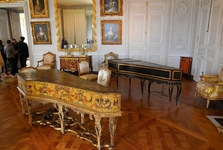 The gardens were settled, from architectonical point of view, for placement of big quantities of statues and statuaries. In front of Mirror Hall, there are situated two small lakes with four statues in each of them. These statues are to symbolize  important French rivers - such as Loire, Loret, Saone, Rhone, Marne, Siene, Garonne and Dordogne.

In 1688, the castle was nearly terminated. Versailles rose not only from construction point of view, but also thanks to rise of population. At the end of Louis rule, the town had nearly 30 000 inhabitants. The people moved here, in order to be near to political power. 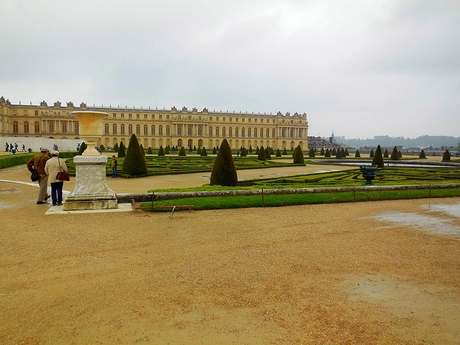 Except of its pretty big extension - the garden along palace front part is 640 m long, castle´s gardens have the space of 101 ha. The palace stupefies with price-costs. Main financial sources came from King´s own purse and from incomes from Province of New France (Canada). This province was in King´s personal possession at that time period. All material delivered to building places, had to be manufactured and worked in France. Versailles Castle had to be „shop-window“ of France. One of most expensive items, there was silver furniture of Great Appartements. A silver balustrade (one tonne of silver was consumed on it) cost Livers 560 000. For comparison: in 1679, Madamme Maintenon presented light and food for 12 persons for Livers 14 daily. 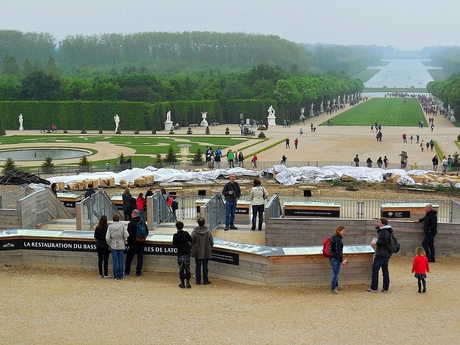 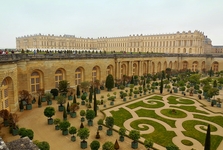 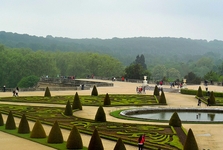 Louis XIV. died in 1715. His successor, King Louis XV. employed in Versailles an architect Gabriel, om order to continue in construction works. It involved, for instance, building of Opera and Palace buildings, known later as Petit Trianon. The Library building was established later. However, in October 1789, the revolutionaries conquested Versailles and whole King´s Palace was occupied.

Published: 22.9.2015
Old maritime and fishermen tradition, delicious vine, friendly French, beautiful weather, blue waters of the Mediterranean Sea… All of this lure in millions to rest from worries while getting some of the southern energy. The French Riviera is not the cheapest area in Europe yet it is worth it. You wont be disappointed.