The tombs are built in a similar style - in a compound surrounded by the walls there is a courtyard with sculptures and a pavilion with a stalk, inside which there is a plate where the emperor's achievements are recorded. Then follows the temple worshiping the emperor's family and finally the mausoleum. Due to the similarity of the sites, it is ideal to visit two to three tombs. We can recommend the beautiful tomb of Emperor Khai Dinh. 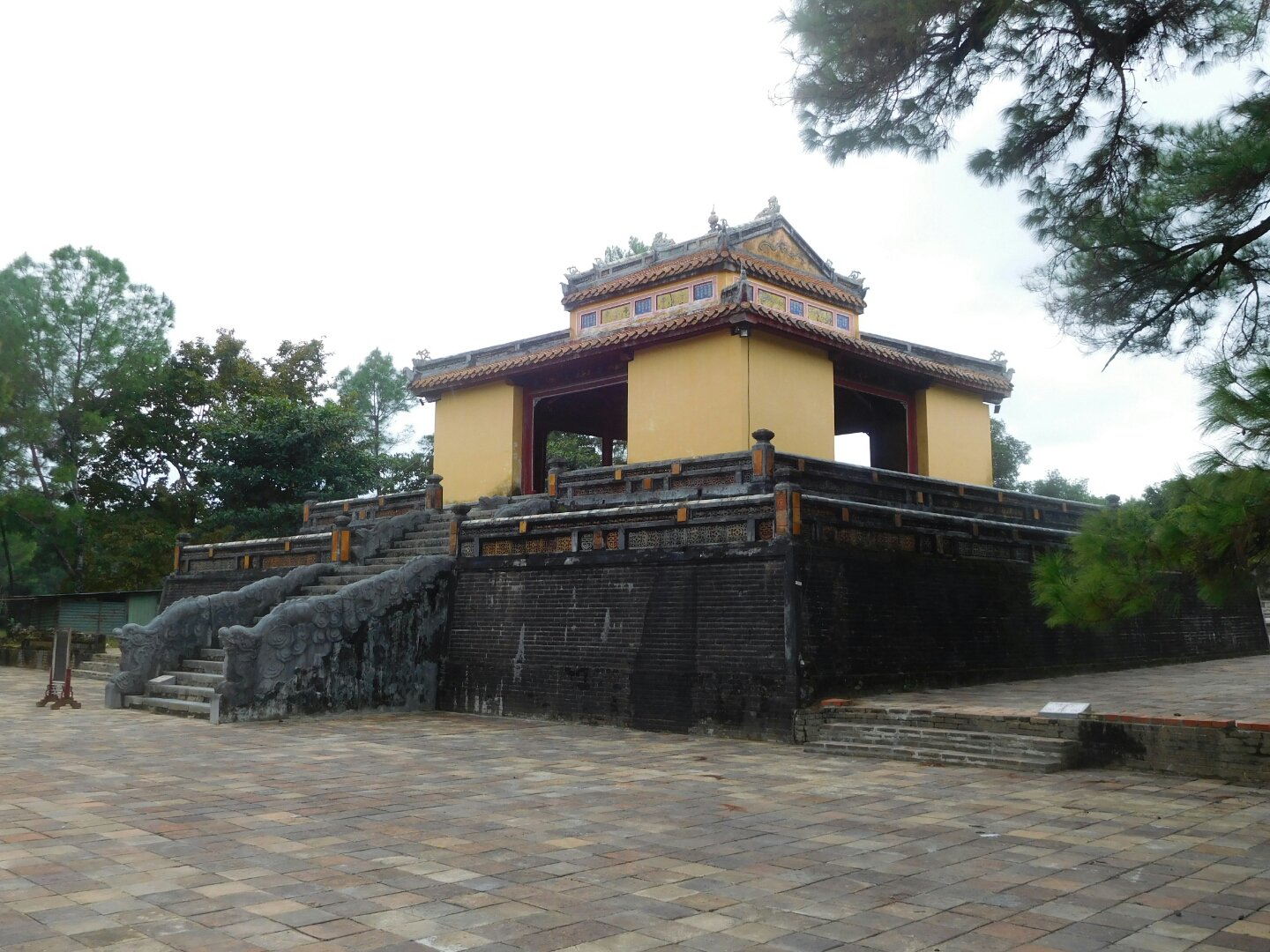 However, due to the floods of tourists early in the morning, we go to see the tomb of Minh Manga, the second emperor of the Nguyen Dynasty. Minh Mang ruled Vietnam in 1820-1841. He was an authoritative and strict ruler with a firm belief in the ideals of confucianism. He tried to isolate Vietnam from the influence of Western civilization. The tomb is located in the village of An Bang on the west bank of the Fragrant River, approximately 12 kilometers from Hue. The tomb visit costs 150,000 dongs (150 CZK). It is a large complex in the woods around the lake, to the tomb itself leads several gates and courtyards. The construction of the tomb began in Emperor's life at the time of his illness. It was completed in 1843 (two years after the death of the Emperor) by his son and successor - Emperor Thieu Tri. In the current area of the tomb, the emperor also enjoyed his life. 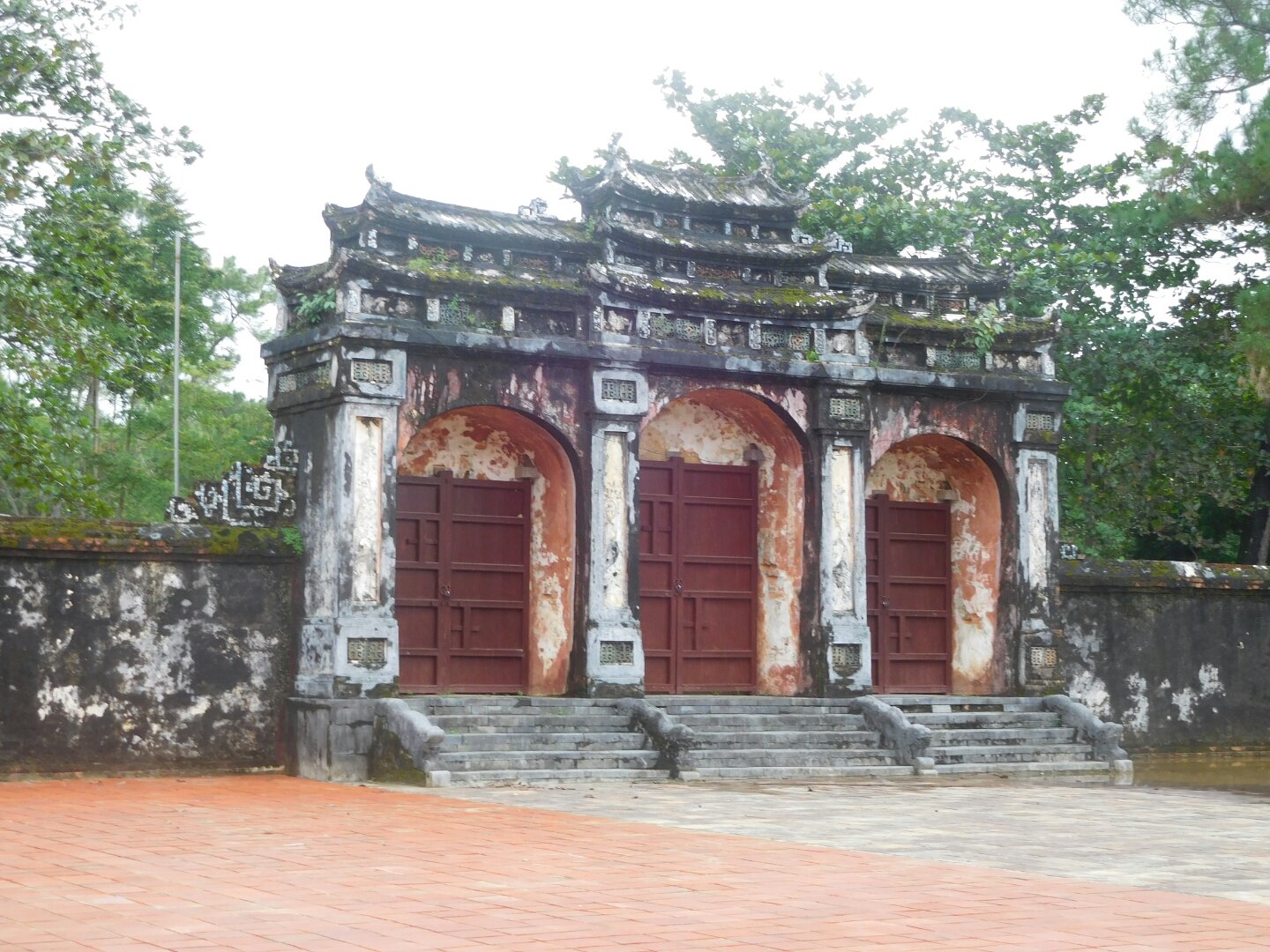 After entering the area, we get to the so-called Honorary Courtyard with lots of stone statues of elephants, horses or warriors located on either side of the courtyard. Above the courtyard there is a pavilion with a stall directly opposite the Dai Hong Mon Gate, which previously served as the main entrance. In the middle of the pavilion, the success stories and biographies of Emperor Minh Mang are written on the stone slab. After passing through the pavilion with Hien Duc gate we get to the place of worship of the Emperor and Empress (Ta Thien Nhan). 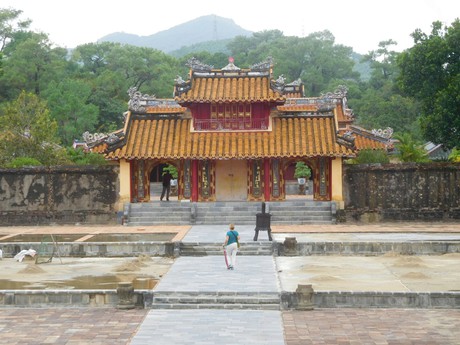 In the center lies the Sung An Temple. Behind this temple spreads a beautiful view over another decorated Hoan Trach Mon and a lake full of colorful fish that can be fed for a small fee to another Minh Lau pavilion surrounded by a flower garden. This pavilion stands on the top of three terraces, depicting three powers: heavens, earth and water. Behind it is Tan Nguyet, the area itself with an imperial tomb, led by 33 stairs with dragon-colored railing. Buu Thanh circular wall protecting the Emperor's tomb is 285 meters long and 3 meters high. The Huyen Cung underground palace, where the emperor's body is located, is also behind the wall. When Emperor Minh Mang died, his body was brought to this palace by an underground corridor from 1841, which was then closed. The gate to the grounds is only open once a year, and at the anniversary of the death of the Emperor. 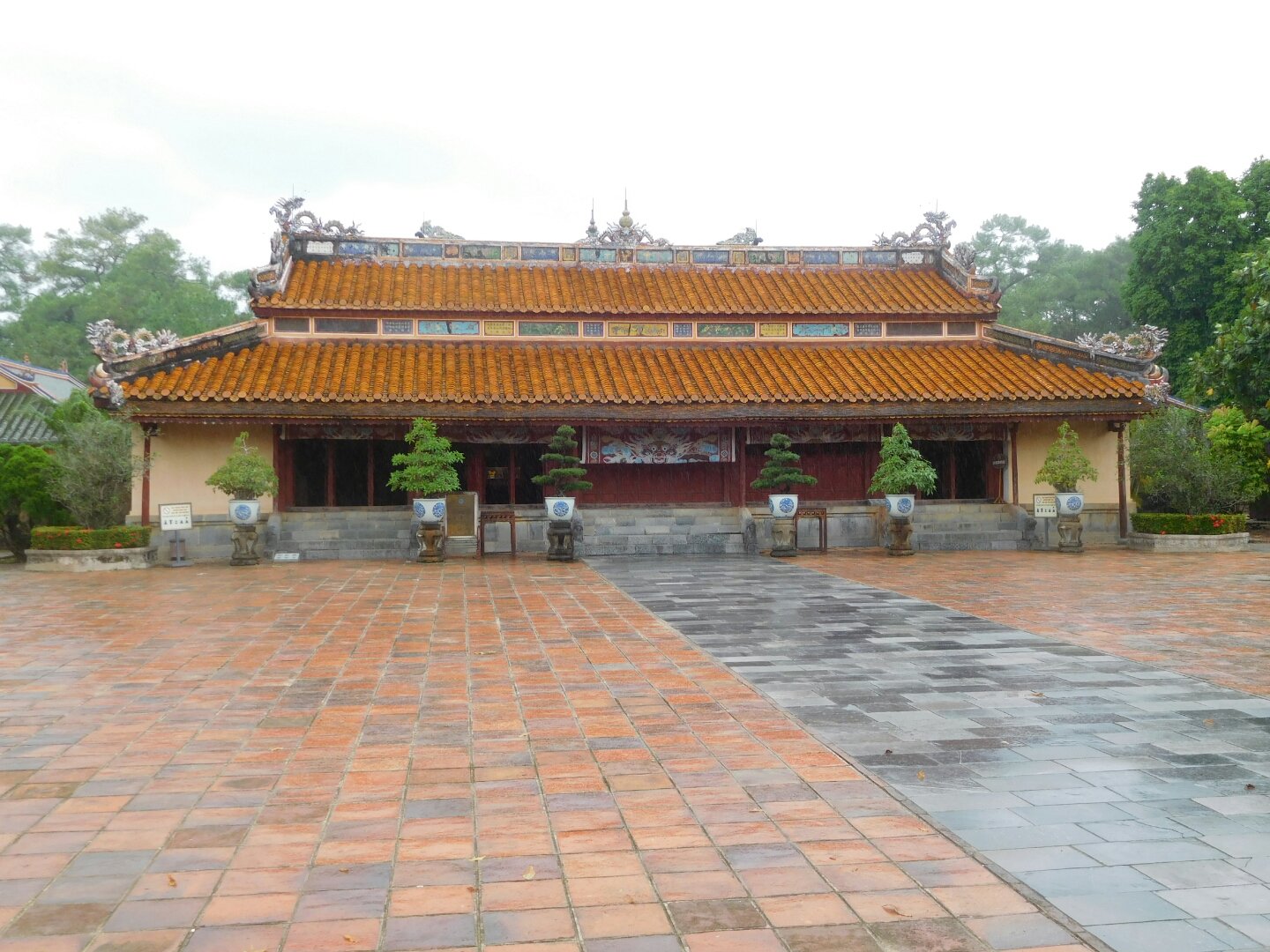 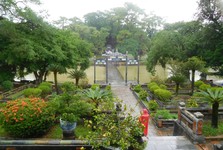 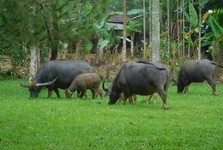 To the east we then head for a walk around the lake, and immediately there is a herd of grazing water buffaloes. Refreshments and a souvenir shop are also available. If you plan to use the taxi to visit the tombs, get in touch with a taxi driver to wait for you (free of charge) in the parking lot. It is quite difficult to call a taxi here - most of them are waiting to catch their tourist.