The island look beautiful from afar – its green and mountainous. You travel then about an hour across beautiful nature once you leave the port until you reach the town of the very same name on island's south. Cat Ba offers numerous accommodation facilities. Be ready to get disturbed by construction noises from very early in the morning. There are many high-quality restaurants near the promenade. You may taste there more than just Vietnamese cuisine. 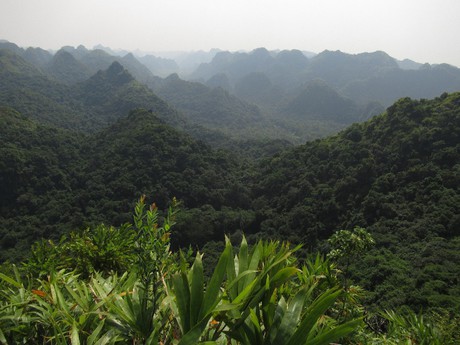 Large and small islands are scattered in the east of the island in La Han Bay. The islands as well as large part of the island itself and the bay are part of the Cat Ba national park. All tourists who go here intend to visit the primaveal forest and the bay. The entrance gate is situated in the middle of the largest island. Walking around in the park is quite restricted. There are only two trails – the short one and the long one. If you want to travel along hte short trail, you will pay only about 40 000 VND (ca 40 CZK) for the entrance. It takes about an hour of walk along the short trail to reach the peak of a green hill. The long trail has more complicated rules. You need to get there in the morning, pay for entering the park, and the guide who costs 400 000 VND (ca 400 CZK). However, on the following day morning these information were no longer valid. We were told that there was no guide in the park. The only one just had left. The only option we were left with was to join the group and cease our hopes on seeing the long trail. This suited them so they offered us to join the organized trip. We did not regret this choice. It takes 3 hours to travel across the park, the trail crosses six hills with no vista as you are always inside the forest. The forest is beautiful yet there are many mosquitoes. The quiet village of Viet Hai is the main stop on the 10-kilometer trail. The surroundings is beautiful, there are fields, cows, and some locals... Then hike on 5 kilometer section to the harbor. Here it is mostly frequented by bikers or golf carts used by Vietnamese instead of cars. If you pay for an organized trip, you will enjoy a cruise in the other section of the park. The boat either releases the anchor on the water and you may swim in the water, or it parks in one of the many harbors in the gate. 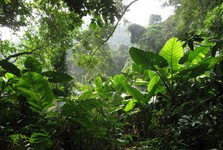 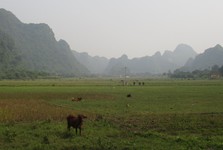 It is possible to enter the bay on kayaks. Local floating villages are unique and within reach if you travel on a kayak. Locals travel to the main island only to get drinking water. You can even try such a life in the floating village. However, tourists prefer to sleep on a boat as they may see shining plankton visible at night. 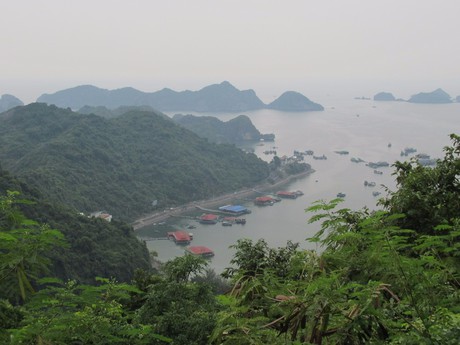 Many tourists find accommodation in the town of Cat Ba to be close to the beach. There are 3 public beaches all within 15 minutes of walk. The Vietnamese didn't pay attention to originality of names. The beaches are named Beach 1, 2, and 3. There is a resort on each of them. Beach 1 is in the middle with tobogans twirling above it. Beach 2 is situated to the north. There are kayak rentals, restaurant, beautiful bungalow resort, and a beach bar. Beach 3, the smallest one, lies to the south of Beach 1. An opulent resort surrounds the beach. This resort has not high buildings but on the other side of the beach a tall building is being constructed. How ugly contrast. 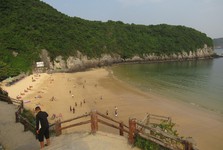 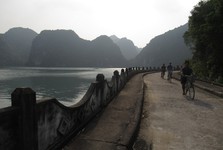 Vietnam, Phu Quoc – A Vietnamese Pearl in the Gulf of Thailand

Published: 16.12.2017
Phu Quoc is the name of the largest Vietnamese island situated in the Gulf of Thailand close to Cambodia. Islands in the Gulf of Thailand are beautiful this one is no difference. The island is mere 50 kilometers long (from north to south). In the north the island is wide and it narrows down towards the south. Majority of the island is covered in green but this will not be the case in the future. The island features beautiful sand and palms. Who would love this?