Hanoi had been the capital, except for short periods of time, until the early 19th century. The Nguyen dynasty made Hue the capital, the city me and B left for Hanoi. Hà Nội means River within/inside. The Red river is the river. Hanoi stretches along its southern bank. 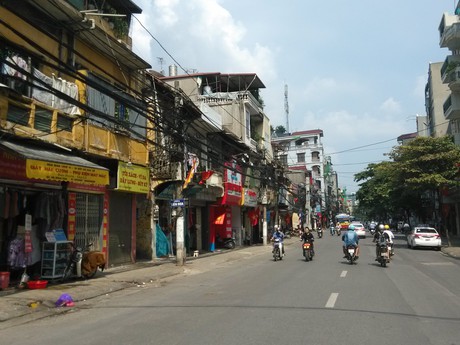 The French protectorate of Tonkin saw Hanoi as its capital. Yet the true capital of

Vietnam Hanoi became in 1976 – the year the country was unified.

Its historical district and narrow streets are well-preserved. Every street’s name comes from its focus on certain craft – Fishermen’s street, Bamboo street, Herbal street etc. Some crafts are still performed in some of these streets. Usually, you can buy souvenirs there or just sit on a chair and have a cold one.

Another famous place is right in the center of the city – Sword Lake (Hồ Hoàn Kiếm). Hero Lê Lợi intended to free his country from the occupation of Chinese troops. A magical sword helped him to achieve this goal. Once he himself became the king, he once sailed the rived in a boat when a large turtle emerged from the water. She asked him to return the sword. There is the Turtle Tower (Tháp Rùa) which stands on an island to remember this moment. 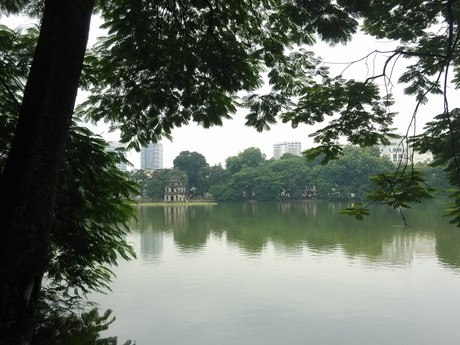 You can see one of these large turtles (Rafetus leloii) in the museum by the lake. The death of the second turtle was great misfortune. Tourists and locals were going to the lake to see her. In vain. From time to time, different videos popped up on the internet allegedly showing the turtle. We were not that lucky. And we won’t be. 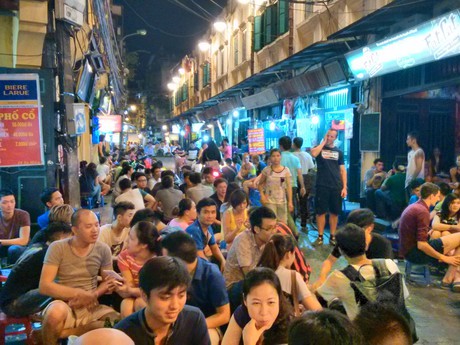 The evening was neigh. Instead of searching for the turtle we set off for the downtown. While planning our trip trough Hanoi with our friends we decided to see Ho Chi Min mausoleum and the adjacent park. There is his famous house sitting on poles. I have heard all kind of stories about Ho Chi Min. I had no clue how the mausoleum would look like yet this is a story for the next time.