en.infoglobe.cz » Vietnam – Visiting Bai Dinh and a Cruise in the Trang An

Vietnam – Visiting Bai Dinh and a Cruise in the Trang An

Published: 2.3.2019
Today we are about to enjoy our last amazing trip in Vietnam, we originally intended to visit the Ba Vi National Park, but for time constraints we had to change our program because we need to reserve at least two days for this park. So we had a hotel counseling and planned a trip to a place that was not even mentioned in our book guide, although it is very popular for tourists (even for local people). Today, we go to visit the largest Vietnamese pagoda Bai Dinh and then explore the beautiful complex Trang An.

To enter the huge temple complex we get stylish vehicles that will shorten your way from the parking lot for a few cents. The area itself is really extensive, so you can go any more than that. Bai Dinh temple (Chùa Bāi Đinh) is the largest spiritual and cultural complex of Buddhist temples in Vietnam and has become a favorite place for Buddhist pilgrims from across the country. 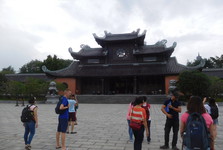 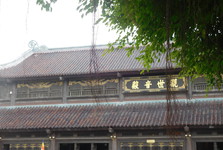 Located on Bai Dinh Mountain in Gia Viễn District in Ninh Bình province. It consists of

an original old temple and a newly created larger temple. The new Bai Dinh Temple covers an area of 700 hectares and is located on the hills of Ba Rau, near the Hoang Long River. This is an extensive site that includes a number of buildings built in several phases since 2003 and completed in 2010. However, there are still modifications. Temple architecture is governed by traditional lines, consisting of large halls, courtyards, and shelters. The largest building is Tam Thé Hall, which reaches a height of 34 meters and is 59 meters long. The campus also has a 22 meter high bell tower. Inside is a 36-ton bronze bell, which is the largest bell in Vietnam. Apart from the largest bell there is also the largest Vietnamese tower, which has 13 floors. 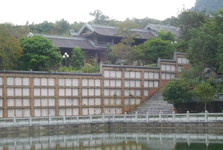 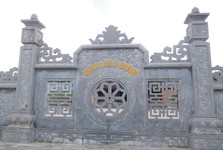 The original pagoda Bai Dinh is situated in the foothills about 800 meters from the new temple, and for example from the bell tower there is a beautiful view. It leads to it with more than 300 stairs under a decorative gates. The church itself is located in a series of small caves at the foot of the mountain. Together with Buddhist deities there are also worshiped mountain spirits.

After lunch we head for the second part of our trip. A wonderful sailing trip is waiting for us near the southern edge of the Red River delta in the Trang An landscape complex. Not in vain, this land is called Ha Long inland. It is a magnificent landscape of limestone karst peaks penetrated by the valleys, most of which are partly submerged and surrounded by steep cliffs. The exploration of caves at various altitudes revealed the archaeological traces of human activity for the last 30 000 years. There are also temples, pagodas, fields and small villages. 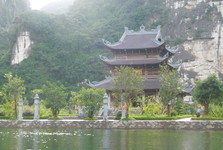 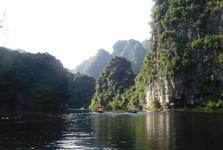 We have really wonderful weather we enjoy with other tourists during a two-hour delta cruise. We are crossing several caves, where we have to pay attention to the head, as the locals have to crash here too. We are an island with a Vietnamese singer dressed in traditional clothes. We meet a group of local workers along the river and eventually we have a race with Korean tourists for ice cream, which even with a broken paddle we are winning. Hills sunlit, beautiful nature, where even a large number of tourists are quiet, it is TrangAn. In many ways, the famous Ha Long Bay. 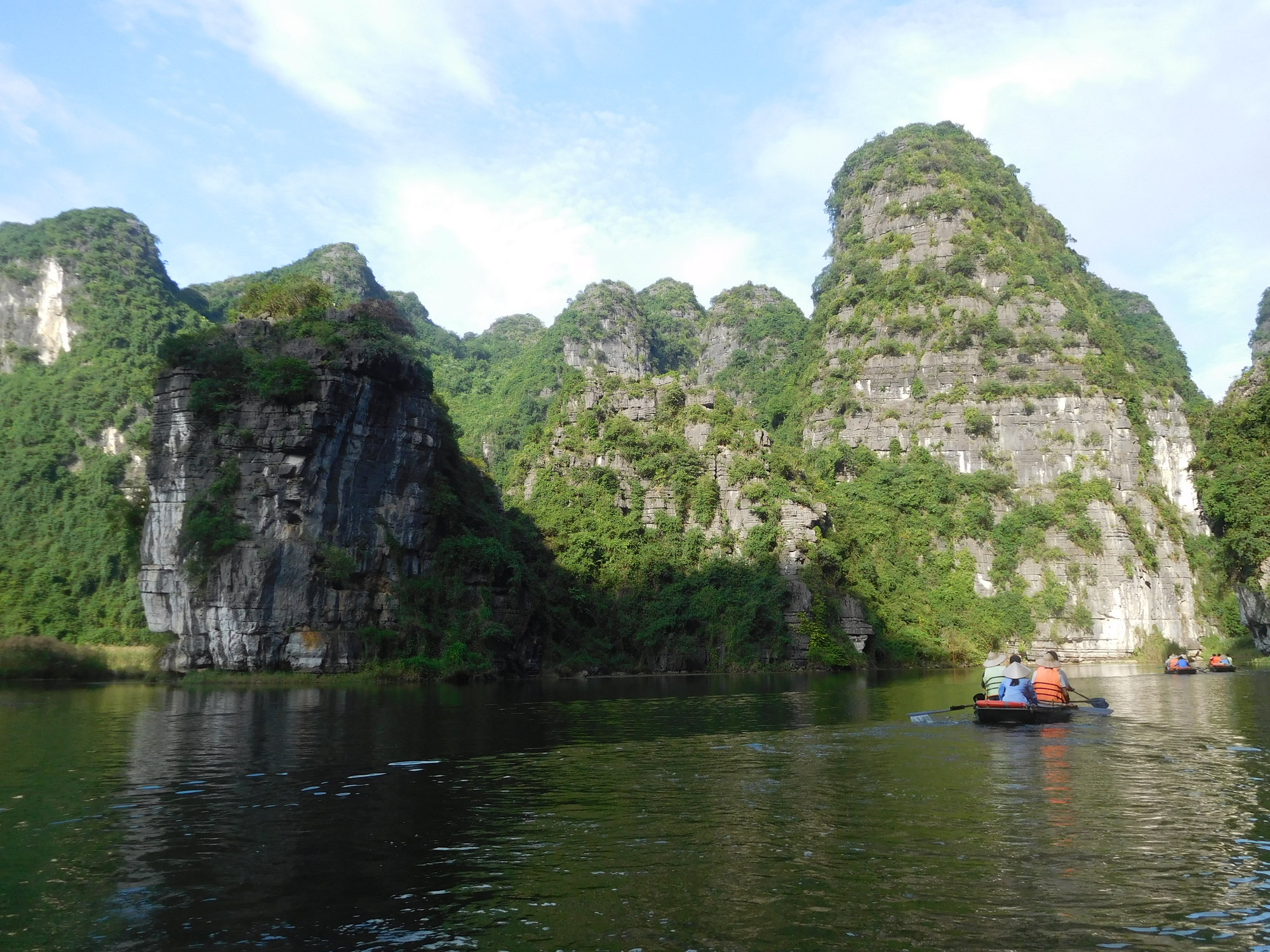 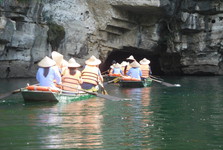 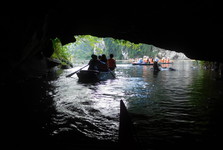 If you are planning to travel to Vietnam, we recommend Trang An at least to be included in the program. This is one of the most beautiful places we had in Vietnam to visit. On the contrary, the temples and pagodas there are plentiful here, even though Bai Dinh is really a huge complex, the older temples are more charmed.

Published: 19.4.2016
Someone loves it. Someone swears to not to come again. There is nothing in between. I am with the first group. From the first day on in Saigon, a hectic city, and I turned into a side street. We are about to introduce you to a new series where we tell you about interesting places in the city and the country. First of all, let’s talk some important facts about the country.