The territory of Turkey belongs to one of longest colonized and inhabitated areas of he world. First inhabitants started to live on this piece of the earth just in 7000 B.C. In 1800 B.C., the Chetits, Middle East soldiers, established here an Empire. A part of Turkey was colonized by Greeks, the area became later a region of Roman Empire, and finally, a part of Byzantion Empire. Later, in 330 B.C., Emperor Constantine I. the Great moved Empire capital into newly re-built antique town of Byzantion, and re-named it to Constantinople, today´s Istanbul. However, the town was conquested by Turkish tribe of Ottomans in 1453. Since 16th century, their power reached from Danube-river up to Morocco. 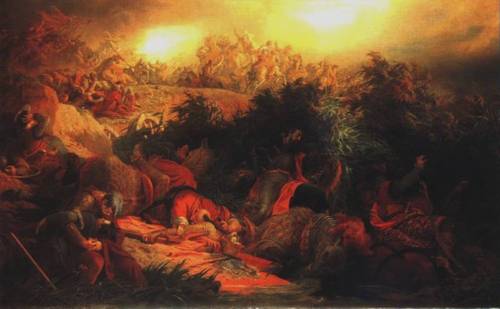 Ottomans´ Empire ceased to exist in 1923, because during 1st World War,they struggled with

Germany, and, despite the fact that they repulsed the attack of allies in Dardanelles, the Turkish  military troops were beaten in Near East. So, as a consequence of such war alliance, Turkey lost part of Syria, Iraq and Palestine.The nationalists removed the Sultan, expelled the Greeks from the country, and Turkey became a Republic. General Mustafa Kemal, nicknamed as Ataturk, was elected as a President, and, as a dictator ruled till his death in 1938. He

introduced many reforms, and had the intention to create the country in accordance with European spirit. So, for instance, he separated the religion from political power, cancelled polygamy, the men were not permitted to wear a fez . Further, he incited the women to put off their veils, and all inhabitants had to accept their surnames. Roman

letters started to be learned (introduced) and the town of Ankara was declared as Turkish capital. This town is also Ataturk´s work.

Turkey took its neutral position in the course of the 2nd World War, till 1945, when a war against Germany was declared. Later, at the side of United States, Turkey fought in Corean War, and became a member of NATO Alliance. Since 1960, the army took over the power  just three times. Since 1989, a President is elected by National Assembly. However, at present, the dsiputes  among Turkey and Greece are outlasting. Greece is eternal rival of Turkey, especially owing to claims regarding mineral sources in Egeian Sea. Till now, even the question of Cyprus is not solved. To tell the truth, Turkey occupies de facto part of the island. The relation of Turkish government to Kurds´ minority is questinable as well.