This construction is situated near to the community of Osečany, in an altitude of 504 m of sea level. Its height is 47 m. The look out tower started to be built in summer of 2004, its termination

was announced on 20th March 2004, on day of its official opening for public. Many local people visited the construction, in order to see their homes from birds´perspective.

Apart of other telecommunication towers, this construction is made of concrete with iron staircases. After climbing 167 stairs up to 32 m height, you will have the possibility to enjoy marvellous view to Vltava-region, Vysoký Chlumec, Sedlčany, Blaník Hill, and under favourable weather conditions, even some of Prague towers.

How to get there? The best way is those from community of Osečany. You walk through nice forest path just to look out tower. 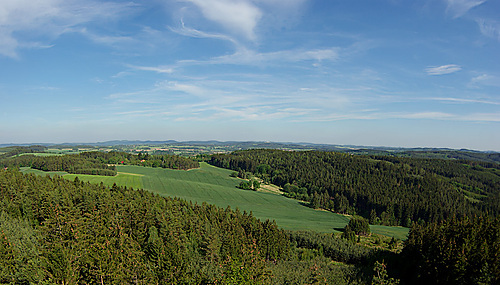