en.infoglobe.cz » Denmark, Copenhagen I – The City of Many Possibilities

The airport in Copenhagen is one of the largest in Europe. You can fly there from almost anywhere and people fly from Copenhagen even to the United States. Therefore you can plan a longer break during transfer to another plane and start your trip right here. However, you can travel by train to Copenhagen from Prague having only one transfer in Hamburg. 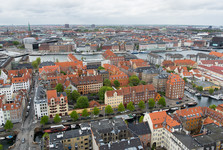 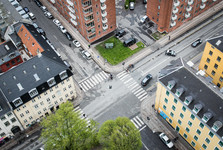 We start our tour in the historical center. It was built already in the 12th century and still many important historical landmarks survived. Let’s see the most interesting of the places. Strøget street is the oldest and at the same time the longest pedestrian zone in a city center in the world. It begins in Town Hall square near Tivoli and goest to Kongers Nytorv park. Famous Nyhavn is located behind the park. Beautiful houses, stores, restaurants, cafes and buskers are all around. The latter being all kind of street performers – musicians, jugglers, or actors. Go to Gammeltorv and Amagertorv, two old squares with their own monumental fountains, the latter has also Holy Spirit church there. 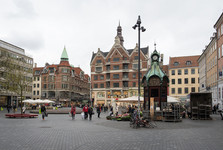 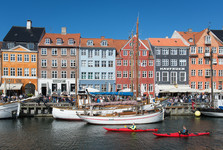 Be sure to visit Slotsholmen island, since the Middle-Ages it has been the main residence of Danish rulers and today there is Christiansborg palace, Prime Minister’s residence, the Parliament, and Queen’s working chambers. Also some of the most important ministries reside there. Other institution to be found on the island are: the Danish Royal Library, National Archive and some interesting museums. You find there also the oldest stock market building built in 1619-1640 by King Christian IV. You can recognize it easily for its very peculiar Dragon Tower – it looks like four curled dragon tails. 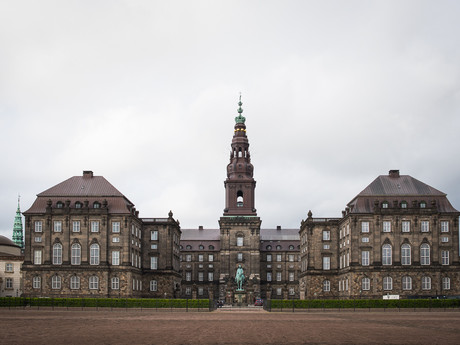 There are some interesting churches in the center and also Rundetårn – a tower built by Christian IV for astronomical purposes. Also, there is one of the best views of the city. Up to the tower goes the so-called equestrian stairwell, a staircase which may be used by horses. Trinitatis is the name of the compound to which the tower belongs as well as a university church and an academic library. 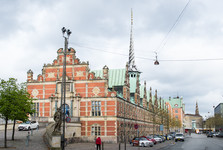 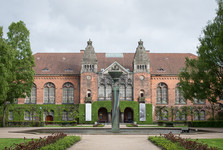 Once in the city center, go on to Nyhavn harbor which is surrounded by colorful houses. There are many favorite restaurants and café lining pedestrian zones from all sides. It is close to Amalienborgu from Nyhavn. Amalienborg is a complex of palaces to serve the purpose of a winter residence to the queen. Next go to the area of Østerport, a place where stands the Little Mermaid statue . Apart from that there is Kastellet, a star-shaped fortress. 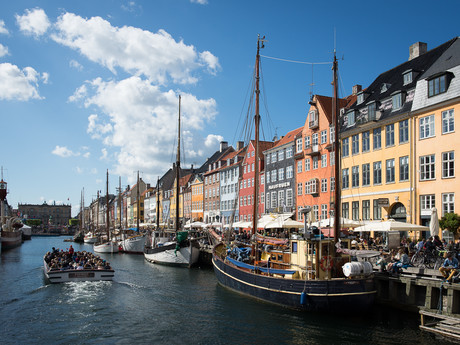 Another very interesting part of the city is to be found on strait’s other side. To get there try local automatized subway. You have to get off at Christianshavn stop. Walk up the tower of Vor Frelsers Kirke. The top part of the staircase goes around outer rim of the tower. You can walk along channels to the building of a new opera. There take a ferry to get to the other side. You also should miss (Street Food Market (especially when weather conditions are favorable)– monumental halls stocked with many types of food – Mexican, delicious hamburgers and whatnot. Every now and then when sun pops out the front of the hall gets crowded. They mostly enjoy great weather and the view of Havnebade. 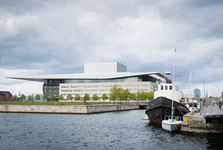 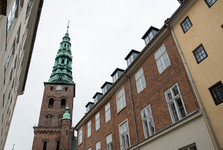 Foodwise you should stop at Torvehallerne – consisting of two huge greenhouses, near the city center close to Nørreport stop, where you can experience some great food. You can stay there entire afternoon if you want to bring some serious joy to your taste buds. Many hard to notice restaurants are scattered across the city and many of them have a Michelin star on their chest. Also, some of the Europe’s best cafes such as Coffee Collective are to be found in the city. But beware of prices as Copenhagen is easily one of the most expensive cities in the world. 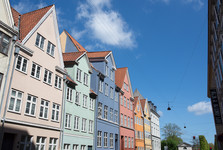 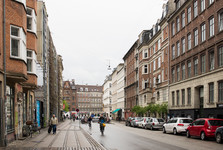 If museums and getting to know history is your thing than possibilities are limitless in Copenhagen. I would like to mention local collections of art or cultural events for Copenhagen lives culture and there are countless concerts, theatre plays, and other interesting events every day. Before getting to Copenhagen visit the website www.visitcopenhagen.com. Near Louisiana Museum of Modern Art is among world’s best galleries of its kind. It wouldn’t be a mistake to take one day to see the museum. It is bit on the edge of the city but don’t be repelled because trains depart there all the time. 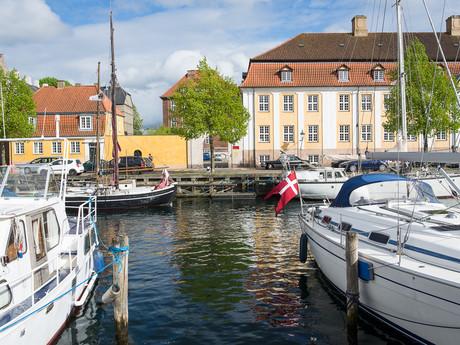 Be sure to visit Tivoli amusement park especially when travelling with children. For instance, you can ride one of the oldest wooden rollercoasters in the world, the second highest ferry wheel in the world, or the 4G swing. Tivoli served an inspiration to build the famous Disneylands.

I would love Copenhagen and considered it the best place to live but the weather was too cold for me. Anyway, I recommend this city to you for a trip.