Published: 22.5.2012
Experienced an unprecedented onslaught of tourists Zvířetice abandoned ruins of the castle, shortly after the beginning of May one of television stations aired a movie called May. The atmosphere remains half-ruined walls and round towers jutting high above the ground, was filmed for a hilarious and well tricked movie, main.

Zvířetice - castle ruins, even the best preserved in the Czech Republic, which from a nearby Bakov nad Jizerou the winding path leads properly. Just like "holed up" should be every castle. Visible only great distance, but not close enough range. At least, so it may look from the perspective of a man twenty-first century, who knows little fortification, and which surely there is no wound from Turkish cannon or musket. 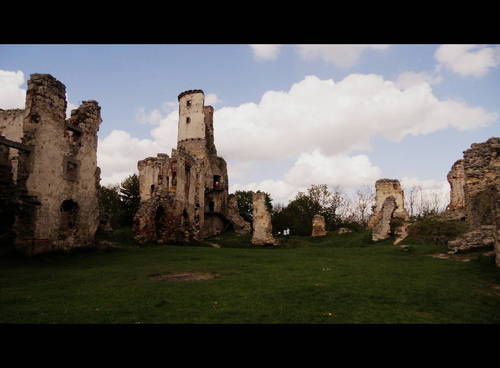 Busy castle without a pub?

This tourist doesn’t have to conquer Zvířetice, because someone else did it some centuries before. Such tourists are coming there to have fun and enjoy the surrounding countryside, observes film location, have a date or a proper roll centre with tourist salami. And that those tourists were in a place where they find no food or pub, surprisingly a lot. Within a few hours, there are dozens of relieved. He mentioned that the movie or is this really an isolated spot so popular? Hard to say. In our case, it was the movie. 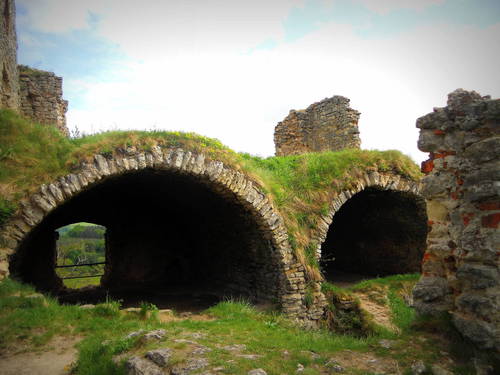 But what we know is that the castle, or what's left of it, stands in the same place from the 14th century and that it had established Zdislav of Lemberk. And this Zdislav in his life (1273 - 1318) built a wall that did honour to his name. Cleverly place fortified on three sides - a steep slope to the river Jizera in the east and from two other sides troughs made by water. 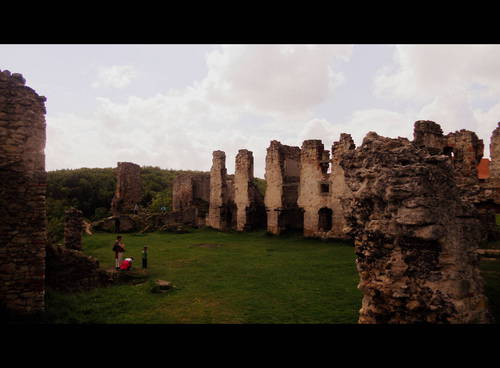 Castle went from hand to hand. It was well fortified, which we understand correctly from 21th century, and without the necessary knowledge so that people have stopped using all sorts of wars, conflicts and human disturbances, but again, behind which stood people. After Wallenstein family, which was probably the last who enjoyed the hospitality of the local office and who had built a Baroque chapel, the castle burned down in 1693. He was corrected, but not for long. Literally out of nowhere and subsequent wildfire finished their 1720. The castle, which apparently did not beat by Žižka, was beaten by nature.

Zvířetice - a place for dreamers and Brontosauruses

Even today in the same channel flows Jizera, but it is hard to see. The deep precipice, at the bottom of the trains, but it is almost frightening. The care of the remains of the castle with no one even argue in the last century and probably even today, so when she fell into my lap organization originally Socialist Youth Movement - Brontosaurus. 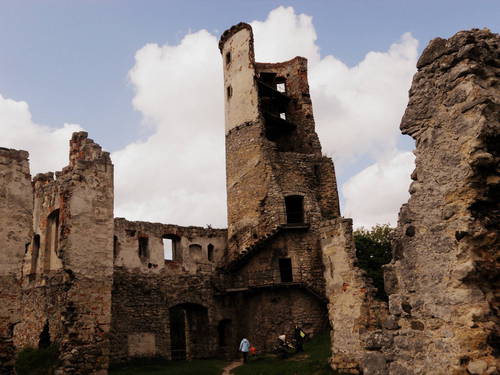 80 m tall tower, but they are missing the front half is open to the public. High staircase in her belly, which will take you to the perfect view point, is fixed. The lower part has a patina but truly historic. Dog you won´t get there, and probably not even anyone who is friends with highs. The view, held just by a railing but worth it. Much space is on the lookout, so you better wait until the adventurers who climbed there before you, mount down. 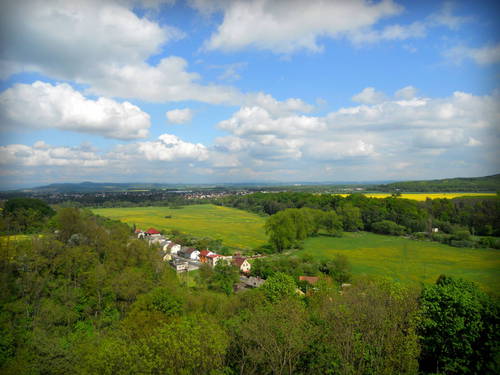 Ruins of Zvířetice are perfect for its magical atmosphere of the place for dreamers, solitary, romantics and adventurers. Pleasantly level of hike you will get there from the train station in the Bakov nad Jizerou or by long trip from Kosmonosy.