Published: 26.2.2008
Today´s aeronauts´ talk approaches us the history as well as contemporaneity of the first type of most used passenger aircrafts from production of European Aircraft Corporation Airbus, especially of model A 320, we mostly meet on short and medium flight distances.

A company Airbus S.A.S. known as Airbus, with a seat in Toulouse, France, is a bigger world producer of civic traffic airplanes, according to number of pieces sold within a year period. Airbus supplied more airplanes and has got more orders as its competitor Boeing. In 2005, Boeing has obtained 1002 orders, where as Airbus 1055 orders.

History of A-320 project begins in 1981. It was necessary to start from success of A 300 and develop a substitution for most popular aircraft of the world - Boeing 727. New Airbus would have the same capacity but lower working expenses and would be available in several versions for various number of passengers. A 320 type would become a competition to model MD 8 from production McDonell Douglas MD-80. In spite of the fact that A 320 was made a rough draught of direct competitor of these two types, mentioned above, Airbus Industry developed quite new category of plane for use on short and medium flight distances. Its fuselage was more extensive (for better comfort of passengers and bigger space for cargo). 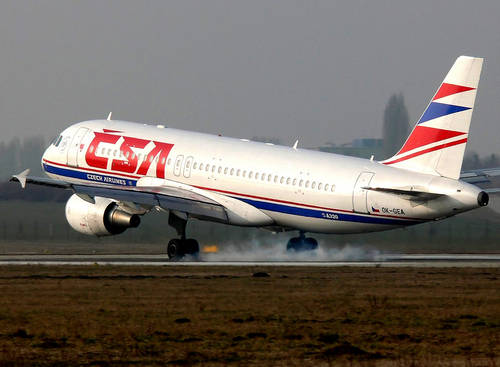 British Aerospace supplied new type of wing, there were installed new motors from General Electrics. Anyway, main power of new plane there was the installation of new, by computer ruled control system „fly by wire“ (i.e. from cockpit there are transmitted to servomotor the electrical signals only). However, new control was a subject of discussions after several crashes of Airbus 320, its share on crashes was never demonstrated. At present, these planes belong to the best valued, taken from safety point of view.

This digital technology noted, in opposite to Boeing 727 and 737 competition, lapse of time of one

or two generations. This Airbus became most progressive, since historical backing of petrol prices-level, effected in 1970-1980. An economical standpoint became the main success-scale. It was absolutely necessary to minimalise the costs for fuel consumption. In order to reach this stage, Airbus used at its new type many of most modern technologies (fly-by-wire system) as well as extended use of composite materials, plane centre of gravity control by means of fuel, glassed cockpit and two-member crew. Thanks to these superior things, A 320 got 50% lower fuel consumption as Boeing 727.

For this model, there are used motors of two suppliers CFM International CFM 56 and

International Aero Engines V 2500. Avionic-systems of A 320 are suggested so, in order to modernize better to newest version. With the exception of first models of A 320, most of machines can be modernized to the newest avionic standard-level, and so be modern also after 20 years of service. The other point of interest is its way of control and management and a fact that a classical manage-pillar (kniple) was substituted by joystick.

First fly of Airbus 320 was effected on 22nd February 1978. Since 28th April 1988 the regular traffic (operation) on Air France lines was started. Two days later, its first plane took over also British Airways company. (They ordered originally 10 pieces). First 21 planes were produced in a version A 320-100. Since that time, Airbus supplies its planes in 200 version . These planes are characterised by bigger reservoirs´capacity, more powerfull motors, 7 tonnes higher maximal ascent-weight and winglets at wing-edges. This 200 - version ascented for the first time in 1988, and later it was taken over by Ansett Australia Company.

Eight machines are being used also by Czechoslovak Airlines – for its short and middle flight destinations (to Paris, Madrid and Yerevan in Georgia). 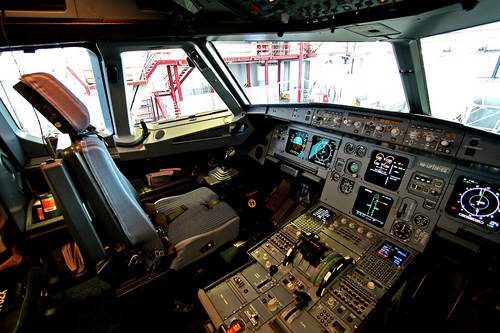 Do You Know That? The Biggest Airliner Of The World

Published: 3.7.2011
The pretensions for modern plain transport are more and more stronger. The speed, preferred in past, was substituted by transfer capacity and better comfort. So, today, we have a look which types of present aircrafts are able to fullfill all required parametres, without any stipulation.

Do You Know That? Higher, Farther, Faster

Published: 6.11.2011
Overcoming the limits in the transport of persons is not only a matter of the past few decades, but rather over a century, which clearly dominated the air transport industry. And who was the fastest ever?