Published: 23.1.2009
Djerba, situated in Gabes Bay, belongs to very popular tourist resorts in Tunisia. This island obtained its fame with its marvellous sandy beaches, pure and transparent sea and sunny and warm days. Anyway, one disadvantage could be found: there is lack of tourist targets and monuments here.

Djerba takes 520 square kilometres approx in southern part of Tunisia. Local people proft mainly from tourist movement. The coast is quite extended - 150 square kilometres. Except of vast hotel complexes, there are to be found here several villages only. The sea is rich in many lagoons, where many birds find their breeding place. The island is flat, the highest hill is only 52 metres high. Thanks to its extention, you can pass it within four hours. Djerba is connected with mainland by road bridge, known as Roman Bridge.

For life in Djerba, you need DN 1000,- monthly at least. However, waiter's salary is DN 700,- only. Nevertheless, you can watch seldom women working. French and Arab are official languages here. Houmt Souk is a capital. Islam is main religion.

The island is situated in semi-desert area. So, there are vast dry fields covered with sand and desert places. On the other hand, you find here orchards with poor olive-trees and date palms. Anyway, you can find, under the surface, great quantity of limestone in inland. However, this basements limit the composition of plants. The forests are missing, you can watch separate pines, tamarisks and eucalyptus. Regarding fruit and vegetable, there are planting here pome-granates, figs, oranges, almonds, various sorts of vines, carrots and potatoes. The villages are beautified with marsh-mallows, bouganvilleys or jasmine.

As to animals: hedgehogs and hares adapted to hard life conditions, and also big quantity of reptiles, mainly adders and lizards found here favourable conditions for their life. Regarding dangerous animals: there are to be found here scorpions (they get out and appear mostly in the night, owing to very high temperatures during a day). But, on the other hand, Djerba is rich in countless quantities of insects. Near to the beach, you can watch various sorts of birds, which fly to look for suitable conditions mostly within winter months. In summer, you can watch dolphins during sea excursion. One of main groups of fauna, there is represented by domestic and  useful animals – i.e. sheep, horses, donkeys, mules, goats and camels.

The air on the island is very fine, thanks to many thermal springs, suitable for astmathics. Rain is a phenomenon, nearly unknown for local people. Yearly precipitation reaches 250 mm approx. Within summer months, the temperature exceeds 28 Celsius degrees, and in the course of winter months, the temperature does not exceed 20 Celsius degrees. There is a problem, regarding water springs. Water is missing, so it must be brought from mainland.

To main and important handicrafts belongs production of ceramics, from this reason it has here very long tradition. Main centre of ceramics production is concentrated in the town of Guellala. Broken pots are used for fences, owens or garages. In general, there exist approx. 450 ceramics workshops in the oisland.

The island´s architecture presents long history. Local people had to resist continuous attacks of enemies. The region is full of fortifications, bunkers and citadels. The other buildings were established mostly for collection of water. The houses, so called „menzels“ are constructed in such way, that the inhabitants could be protected before sun heat. The houses are mostly of white colour - white good reflects sun rays. The mosques are typical buildings of the island. Non-believers can eneter outside prayer´s time period only. The interiors of these buildings are very simple, adapted to Coran rules.

The world of most local inhabitants is consisted of Islam faith. The Moslems are obliged, apart of other activities, to pray five times a day and hand over a alms (charity) - tax - to offices. Except of Moslems, there are living also Jews in Djerba. Jewish religion is the second important one, performed in the island. Many Jewish pilgrims from the whole North Africa arrive here on the ocassion of Easter holidays (in May).

Houmt Souk: the town with many mosques. Most important is those of Koubt El Khial, coming from 18th century. At present, this building serves as Museum of Arts and national tradition. In port quarter, there is most worth to see Spanish citadel of 15th century.

Guellala: a village, famous for its production of pots.

Midoun: the town is very life and busy, thanks to local Markets, taken places on Thursdays and Fridays.

Tourgueness Cap: except of beauty of this cap, you can visit ethnographical museum with skansen. Except of local cloths, Arabic caligraphs, and building elements, you can admire crocodile farm, which forms a part of this complex. 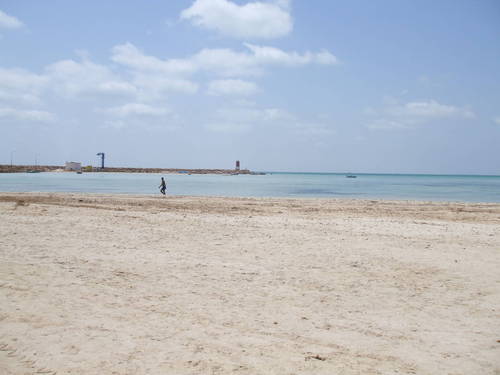 Local flore is not to rich. The plants are adapted to steppe conditions. 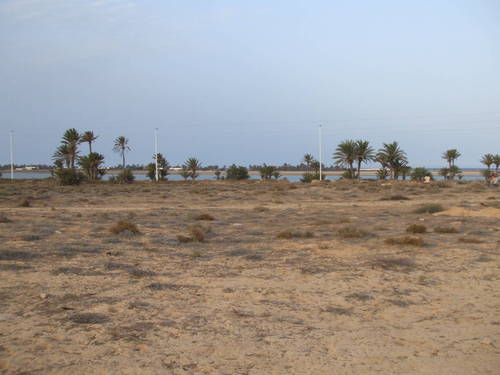 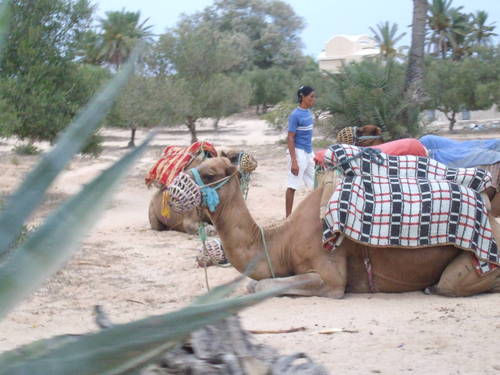 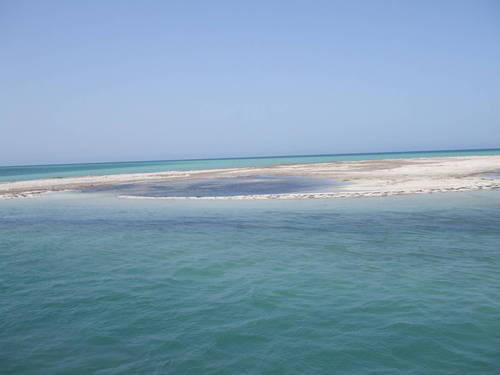 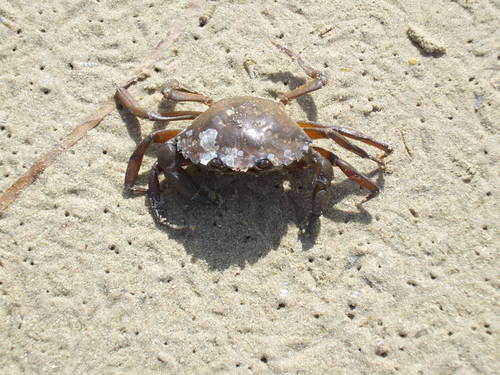 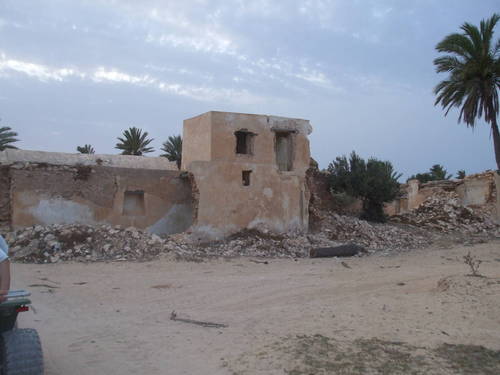