Unlike the capital of Korean Republic SeoulBusan is much cheaper. A bowl of samgyetangu (zhen shen chicken soup) would cost you 12 dollars in Seoul and only half the price in Busan. What others might find even more interesting than the prices would be nature. At many places in Busan, you would enjoy vistas of beautiful mountains and greenery surrounding the city. 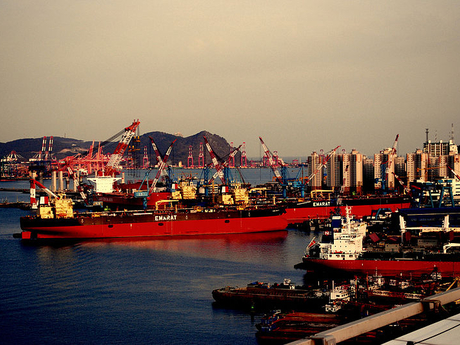 Busan sits at the shore of the East China Sea and the Sea of Japan. During the Korean War, the city was a temporary capital and its proximity to Japan made it the most important economic hub. Busan has three major shorelines – Songjeong, Haeundae and Gwangalli that make it a city holidaymakers have hard time to resist to visit. Unlike Seoul, crowds in Busan are much lesser. Especially at famious landmarks such as the Yonggungsa Temple, Yongdusan Park or Busan Tower. 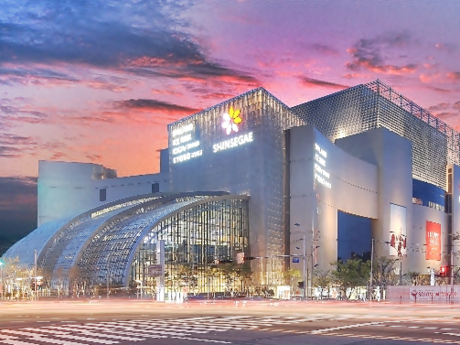 You can do a lot in Busan. Should you test your wallets you can visit world’s largest mall. Its called Shinsegae Centum City. Its shopping area covers half a million square meters (the largest mall in the Czech Republic has shy 60 thousand square meters).

At Shinsegae Centrum City, you don’t have to necessarily shop. There is a number of places where you can spend your free time. One of such places is jjimjilbang. It’s a public spa with warm and cool pools, Jacuzzi, sauna, and places to stay over nights. Usually, jjimjilbangs are open 24/7. Many Koreans visit it after work to relax and stay over night. Normally the entrance would cost you about 12 dollars for four hours. Should you became a regular it would fall to only 6-8 dollars, with out time limit. 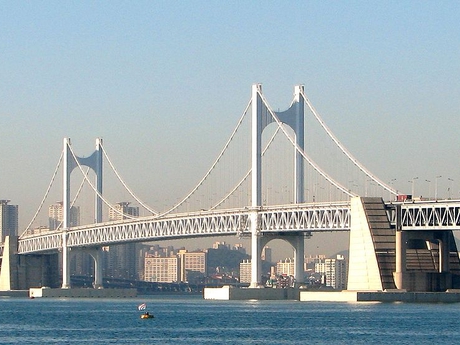 Gwangalli is one of the most popular beaches in Busan. Its of a half moon shape and it is the best place to watch Gwangan Bridge, also called the Diamond Bridge. In the night, when the bridge is lit it’s a fabulous view. The beach is popular mostly maong young people, you can visit some of its cafes, and restaurants. Water is crystal clear there.

Should you feel hungry, try Haeundae, a market near the beach of the same name. There are all kinds of fruit, vegetable, and meat. Except for this there are many restaurants where you can just sit down, and eat a fresh eel or octopus sashimi. 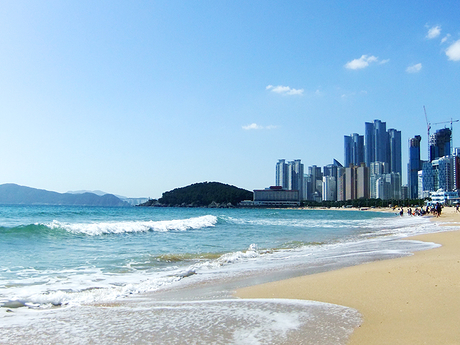 Busan will leave in you great impressions. It is a great destination for holidaymakers that is not very much crowded. It will allow you to better observe life in South Korea – how they spend free time, what do they eat etc.