Everything in Kuks is made to serve tourists – except guarded parking lot it is a trail leading to the main tourist attraction – the baroque hospital. Cars are not allowed to go there so dozens of visitors may climb up a steep hill and enjoy everything this place offers.

The road itself leads along log cabins which were originally built for the spa’s employees. Yes, the hospital in Kuksu was a real hospital. But even before it became a hospital it was a spa where rich came to heal their diseases. This all was thanks to Frantisek Antonin Spork who built this complex between the years 1692 – 1724. 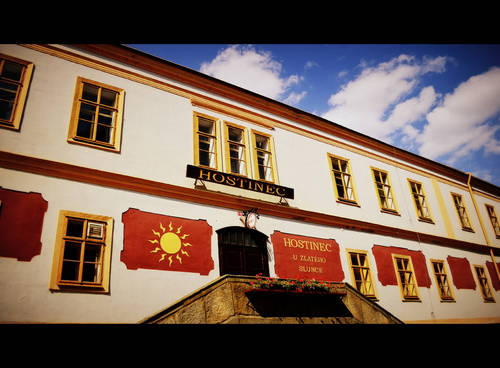 Every important information is located on infoboards along the trail. Especially it is important to see comparison of the then photographies with today’s. Black and white shots are a trustworthy account of the time when Kuks was a lively busy spa town. The town where ladies in long dresses walk about the Labe’s riverbank. 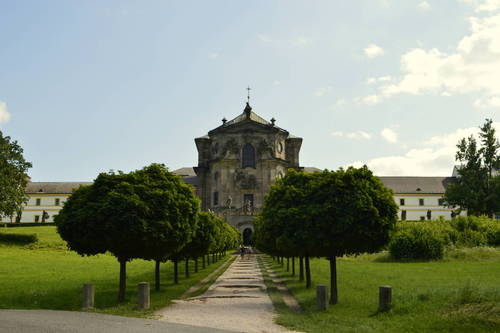 To tourists Kuks is introduced as an island of baroque art and also as a place with moving life story of its founder, Mr Spork. He was a dremer who put the project into practice soon after it was finnished it was flooded. However, it is also a place where one simply doesn’t get served on a silver platter but he must to discover the place by himself.

If you want to do this today, you should visit is as soon as possible regardless it is bit . This beautiful piece of baroque is about to undergo a vast renovation. Already during the next year the hospital should be introduced in a brand new facade. Thus, heated discussions of locals are happening just about the time 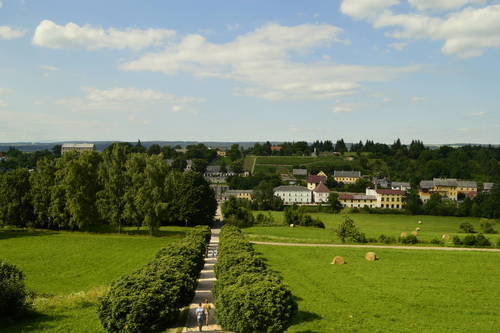 Some of locals sit on a platform above stone stairs. Once spa guests used to danced there. People today remember good old times with a quickly warming beer in hand and try to think about the hopefully radiant future. Few, however, think the opposite. They know how the life there looks like off tourist season so they are right about their skepticism. Neverending complaints are just traditional part of Czech folklore. So what. 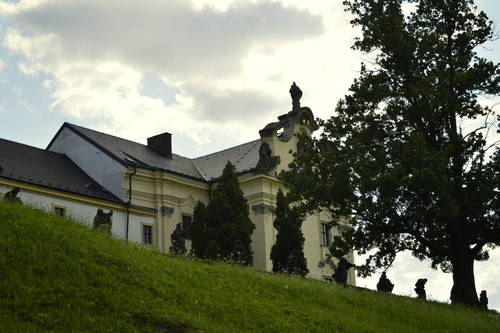 Today things started happening at Kuks. Under the „Granátové jablko“, a multimillion project, archeologists and workers gathered there and before winter comes there should be new canalization and gas pipes. This situation shouldn’t affect visitors. They just have to take care on the courtyards and on compounds in front of the hospital if something isn’t falling on their heads as restaurateurs work on paintings depicting the dance of death. Even every event should take place when it was planned. The garden is open until the end of August.

Čáslav - a charming town situated in the central Bohemian district of Kutná Hora, where now ...